AMD is in the process of introducing its fastest graphics card yet, a flagship board code named Gemini with two full fledged Fiji XT GPUs. The new ultra-enthusiast flagship Radeon graphics card is set to replace the current holder of the title of the world's fastest graphics card, the R9 295X2. The official product name for the dual Fiji XT board code named "Gemini" is still unknown, so we'll be using the "Fury X2" designation to refer to the card in the time being. 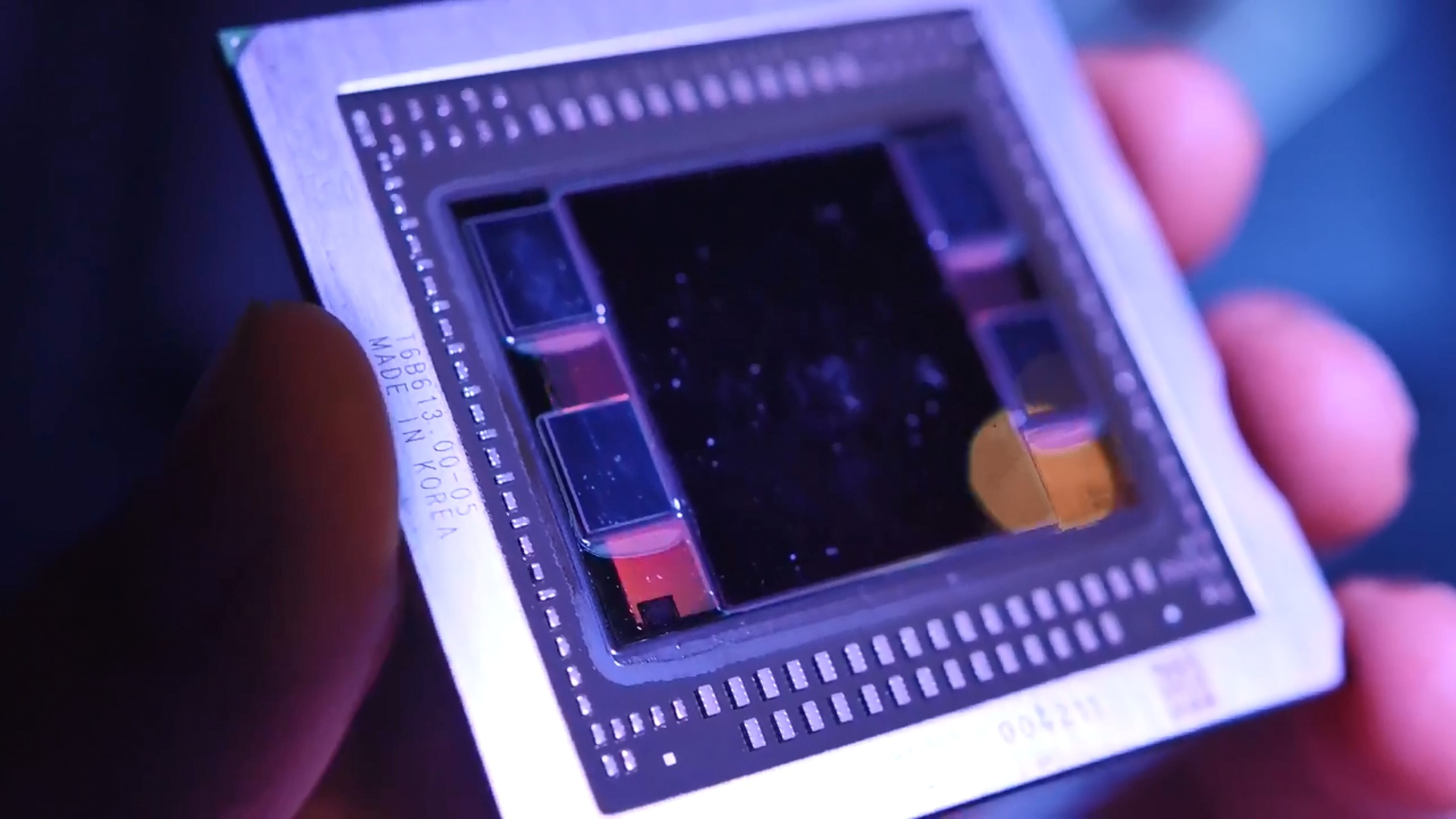 There have been multiple engineering samples of the card in circulation for a few weeks now. AMD engineers have been hard at work optimizing for clock speeds, power and CrossfireX scaling. They have finalized the specifications, which we're sharing exclusively in this article. The R9 Fury X2 will be the fourth and last Fiji based graphics card from AMD this year. The card will feature two full fledged Fiji XT GPUs with 4GB of stacked High Bandwidth Memory each, for a total of 8GB of memory and a combined memory bandwidth of one Terabyte per second. 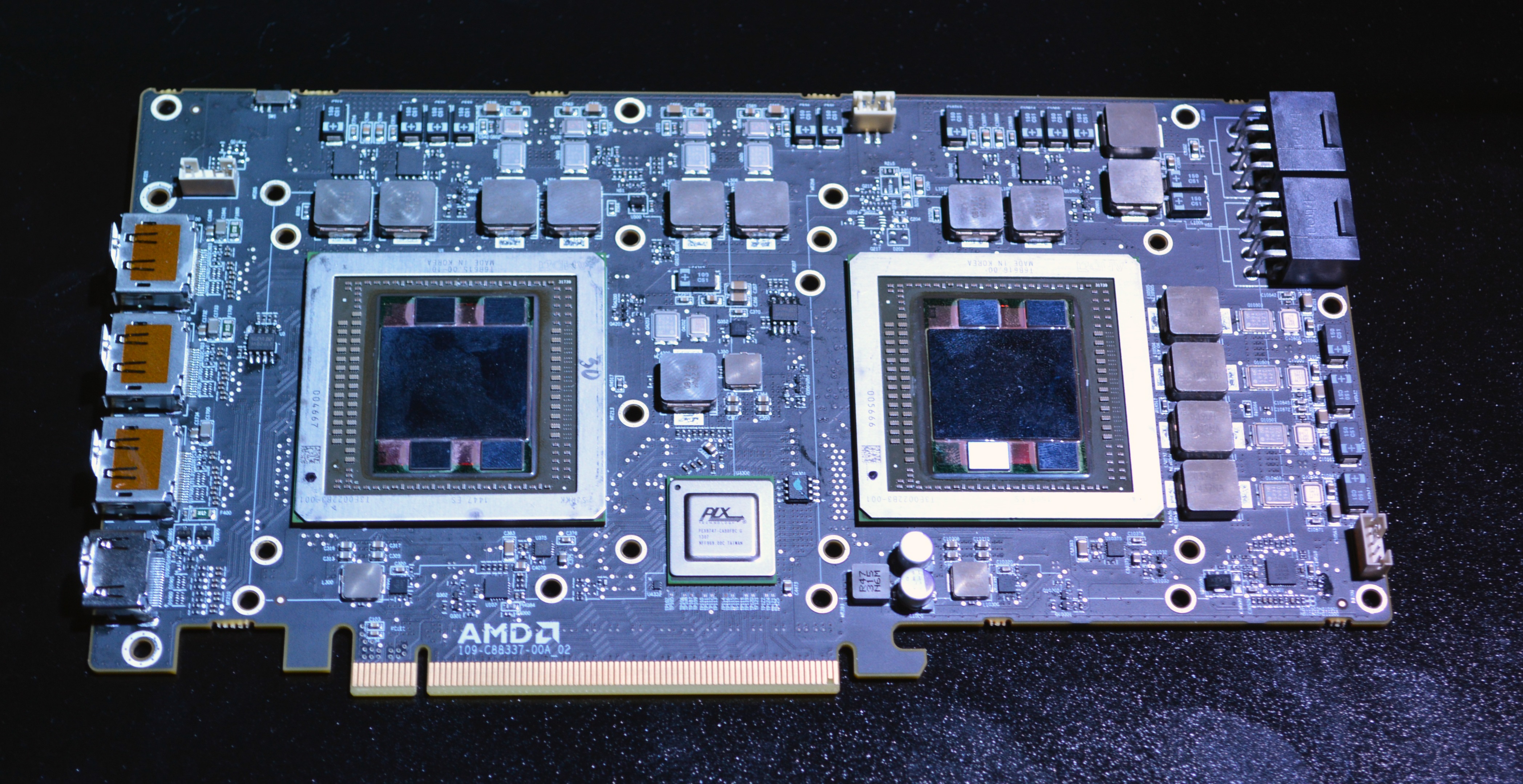 We exclusively brought you the specifications for both the R9 Fury X and the R9 Fury prior to their announcement earlier this year, and we're doing the exact same thing today with the R9 Fury X2. Both Fiji XT GPUs inside the R9 Fury X2 will operate at clock speeds of up to 1000Mhz, the stacked 8GB of HBM VRAM operates at a clock speed of 500Mhz.
Internal documentation states that AMD is targeting an 80% boost in 4K and 2560x1440 gaming performance as compared to a single Fiji XT GPU at the same frequencies. AMD has also set a very aggressive target for frame consistency with net frame variance that's less than 20% with their frame pacing technology.

One last tidbit is that the R9 Fury X2 will not be supported on 32bit Windows operating systems. But quite frankly if your graphics card has more memory than your entire system, then you should seriously consider re-thinking your priorities.

These seem like mighty impressive figures but as with all multi-GPU graphics cards and configurations, effective multi-GPU scaling is going to be essential in extracting performance out of these solutions. The references to a  performance scaling target of 80% with minimum frame variance in AMD's documentation means that dual GPU graphics card fans can breathe sigh of a relief.

If we look at how a Fury X - or any Fiji based graphics card - does today in a CrossfireX configuration we can get a pretty good idea of how well the Fury X2 should scale. Sadly however as we only have one Fury X in-house we weren't able to conduct our own testing. However we can turn to some of the folks over at Tweaktown.com who were able to publish CrossfireX results for the R9 Fury X.
At 3840x2160, which is the resolution that we would reasonably expect gamers who'd spend $1300+ on a pair of graphics cards to play games at, two R9 Fury X cards in CrossfireX demonstrated a significant lead in average and/or minimum FPS in 6 out of 7 tested games against two GTX Titan X cards in SLI. Against two GTX 980 Ti graphics cards in SLI, two R9 Fury X cards were faster in all 7 tested titles at 4K.

At 2560x1440 it was a much closer race. The dual R9 Fury X setup comes out ahead in 3 out of 7 games, the dual Titan X setup comes out ahead in 3 other games and both setups come to a dead heat in one out of the seven tested titles. It might seem slightly peculiar at first that Fury X cards in CrossfireX are far more competitive with the Nvidia offerings than the same Fury X cards in single GPU setups. One 980 Ti will often outperform one Fury X at 2560x1440. And while it's a much closer race between the two cards at 4K, when it comes to multi GPU setups two Fury X cards will often lead two GTX 980 Ti cards in SLI.

The technology enables faster, lower overhead communication between multiple GPUs, this in turn translates to better Crossfire scaling. And that's what we're seeing take effect here. It also enables graphics cards in Crossfire setups to inter-communicate through the PCI Express interface which eliminates the need for a Crossfire bridge. But most importantly is that it enables more effective and efficient multi-GPU scaling. Allowing the performance of Crossfire, TriFire and QuadFire GPU setups to scale significantly better.
We've taken an in-depth look at Crossfire and SLI scaling in a previous article which you should check out if you want to learn more about how this technology can affect your gaming experience as well as reduce frametime variance, which is what causes the perceived micro suttering that gamers sometimes notice from multi-GPU setups. 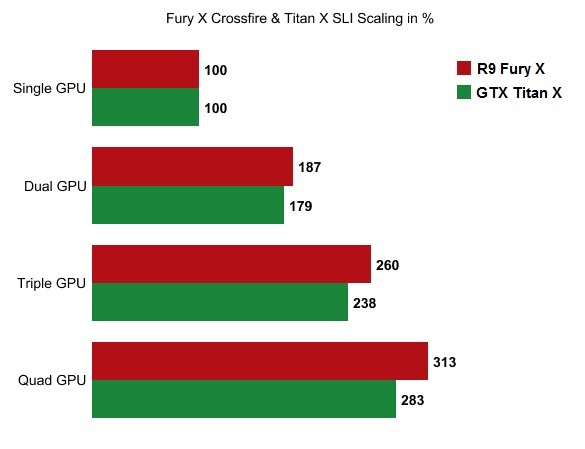 In closing, you can find all the specifications for the R9 Fury X2 - that we've managed to confirm thus far - as well as the R9 Fury X, R9 Fury, R9 Nano and R9 290X below arranged conveniently in table for you to feast your eyes upon. The ~ symbol next to a spec denotes that it's pending confirmation.