Game benchmarks for the Nvidia GeForce GTX Titan X, GeForce GTX 980 Ti and AMD Radeon R9 390X have been leaked. AMD's Fiji XT tops the charts. The leak came courtesy of our regular Chinese source Chiphell. However we'd still advise you to take this with the usual grain of salt.

We exclusively told you that AMD would use the R9 390X GPU to run demos at GDC two weeks ago.  And at GDC AMD did just that and in fact went on to confirm the existence of a new "R9 flagship ultra-enthusiast class" Radeon graphics card. However this is the first time that we get to see benchmarks of all four of the 390X, Titan X, 980 Ti and 960 Ti together.

Now let's get straight into it. According to the leaker Nvidia will launch a GeForce GTX card based on a cut down version of the GM200 GPU. The leaker didn't specify the number of disabled SMMs or the name of the product. So we'll assume that this will end up being the rumored GTX 980 Ti. Performance figures for a yet unreleased GTX 965/ 960 Ti have also been leaked.

Several benchmarks as well as a GPU block diagram of GM200 have been leaked.

Please note that the benchmarks below reflect performance in relation to the R9 290X in %, rather than FPS. 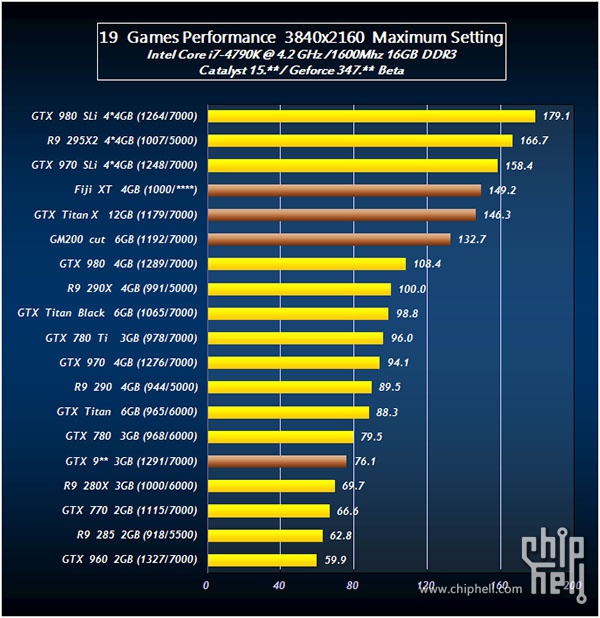 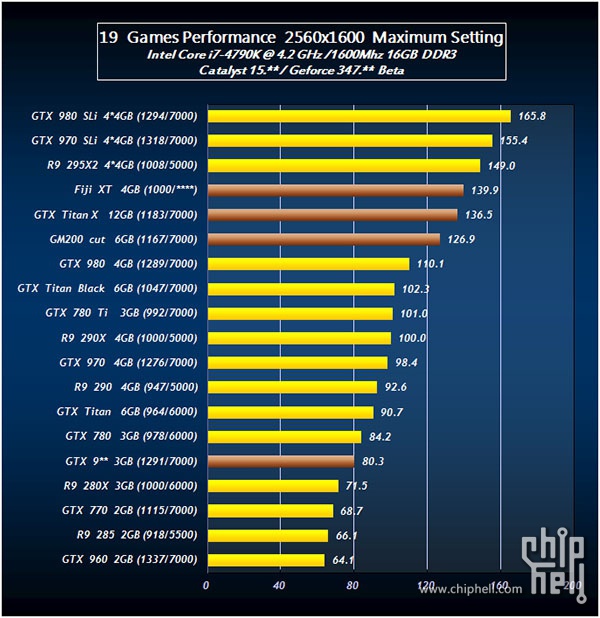 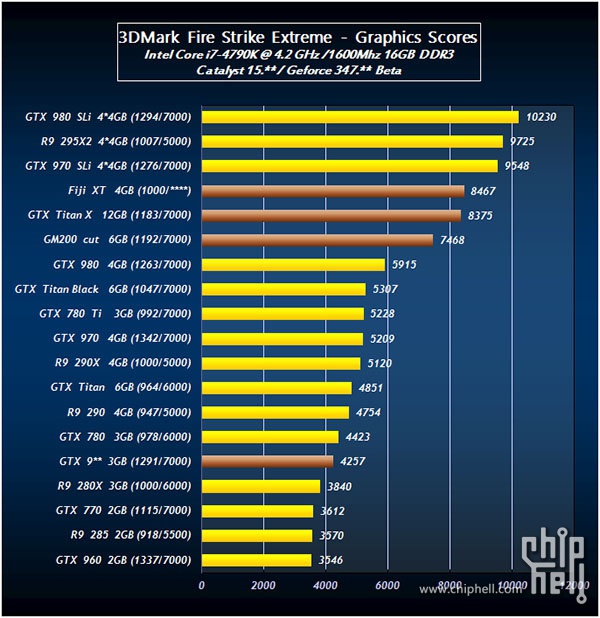 We see a similar story at 2560x1440 game benchmarks and 3DMark FireStrike. The R9 390X leads as the fastest single-GPU solution, with the Titan X following closely and the GTX 980 Ti coming third. Again the 960 Ti comes between the GTX 770 and the GTX 780. 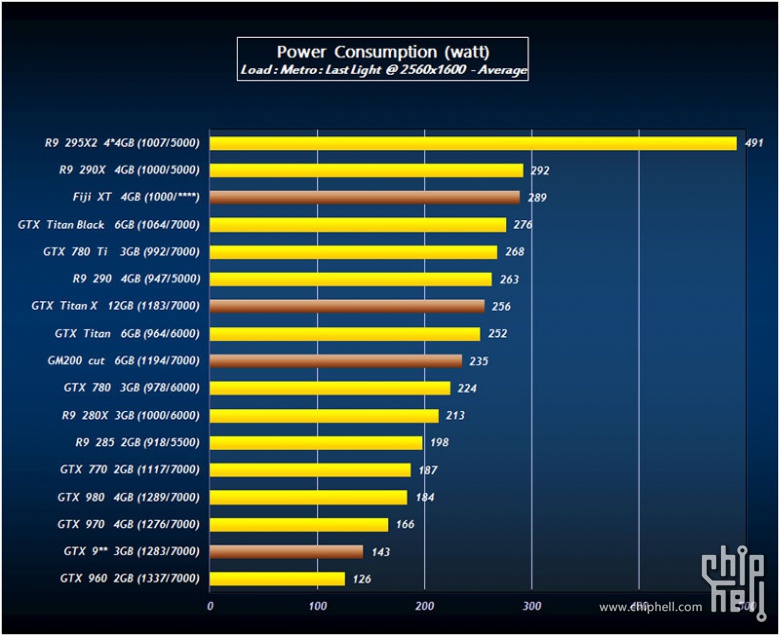 Technologies such as the AVFS ( Adaptive Voltage-Frequency Scaling ) sensors which enable smart voltage aware operation that reduces power by 10% at the same frequency. In addition to the new power and density optimized GPU process which can improve clock speeds by 10% or reduce power by a further 20% and finally an improved, even lower power sleep state.

We've also just recently heard that AMD will be introducing 8GB R9 390X cards to the market. We'll be covering this recent development in more detail in a forthcoming article, so stay tuned. We already told you in an exclusive four weeks ago that there's no actual technical limitation that would prevent AMD from making 8GB R9 390X cards, despite what Fudzilla had previously claimed. They have now seemingly changed their opinion in agreement with us. Eight gigabytes of stacked memory coupled with competitive pricing may pave the way for the R9 390X to become the ultimate single-GPU 4K gaming graphics card.