AMD unveiled its new non-Bridge Cross Fire tech a month back and now we have some solid benchmarks on how good the xDMA based Cross Fire is. AMD claimed that between Bridge Based and xDMA based CF there should be no difference, and it appears they are indeed right. 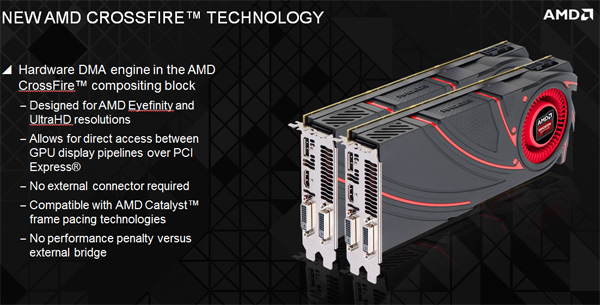 There tests were conducted by the Chinese site: EXP Review. They used a non bridge, xDMA based Crossfire Solution and have even given the efficiency of the crossfire at the end. The R9 290X has 4GB of vram and they compared a single card with a cross fired card via xDMA. Note that xDMA utilizes the PCI-E itself to provide crossfire and the same performance without a Bridge is quite impressive. Nvidia is expected to roll out a counter technology soon enough.

Most of the results have an efficiency rate of 80 %- 95% which is reasonable enough. However there are also applications which cannot utilized a dual gpu based configurations and will give out unexpected results. Another thing to keep in mind is that this of course does not cover the iconic micro-stutter problem which plagued previous cross fire setups. Though now mostly gone, we yet to see if this will rear its head in xDMA based approaches. 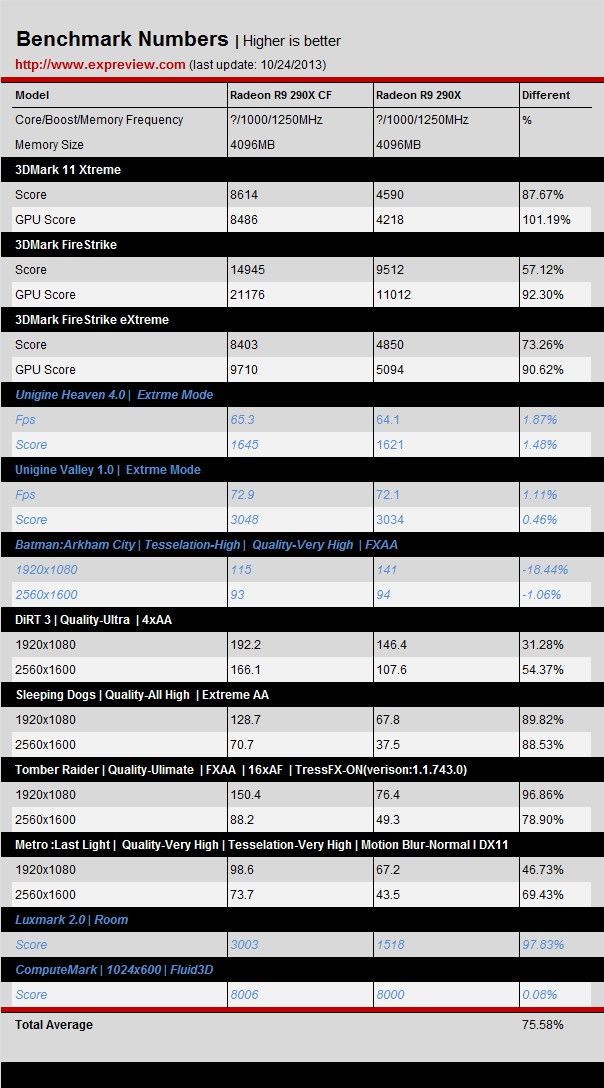 So the guys over at EXP Review conclude an average efficiency of 75.58% in the xDMA based Crossfire configuration of the R9 290X. However these R9 290x crossfire benchmarks offer valuable insight into the future of multiple gpus. Multi-GPU configurations have come leaps and bounds ahead of what it once was (As these benchmarks depict) but we are still very far away from the logical 100% increase that a user expects.