During the presentation by AMD's Richard Huddy at PDXLAN, the Gaming Scientist revealed that AMD is still on track to release the Mantle SDK publicly this year. Which would mark the exit of the groundbreaking API from the BETA stage. 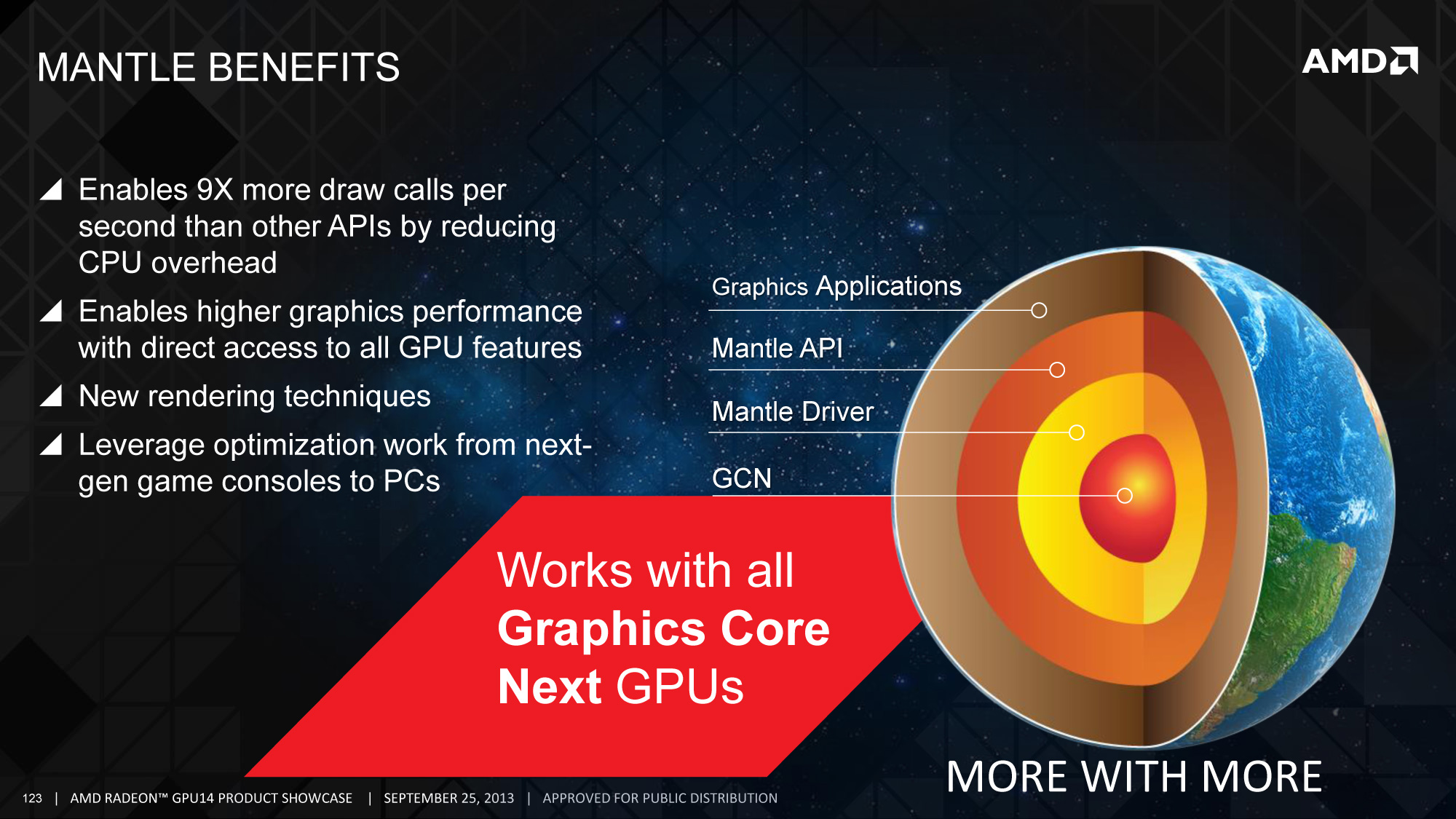 .
What's perhaps more thrilling is that AMD has stated that both Nvidia and Intel are free to use the API as they please. In fact Richard Huddy encouraged both Nvidia and Intel to do so. He stated that AMD will not ask for licensing fees or impose any such restrictions. According to the Gaming Scientist, AMD's welcoming its competitors to adopt Mantle simply because it offers a better experience for developers and most importantly gamers.

According to AMD, once the public Mantle SDK is out, both Nvidia and Intel can write and release drivers that would enable the close-to-the-metal API on their hardware on all Mantle enabled games. Whether they choose to do so or not however is completely up to them. We know Intel is certainly interested in AMD's proposition, as it had already approached the company about Mantle earlier in the year.

Richard Huddy went on to state that currently there are over 100 game development teams who have signed up for Mantle. According to Huddy that's more than double the developers from summer of 2014. Currently there are over 20 games which have launched with Mantle support or are currently in development. As well as ten publicly announced game studios and four game engines which include Frostbite 3, CryEngine, Asura Engine and the Nitrous Engine. You can find a complete list of all current and upcoming games with Mantle support by our friends at Videocardz.com. 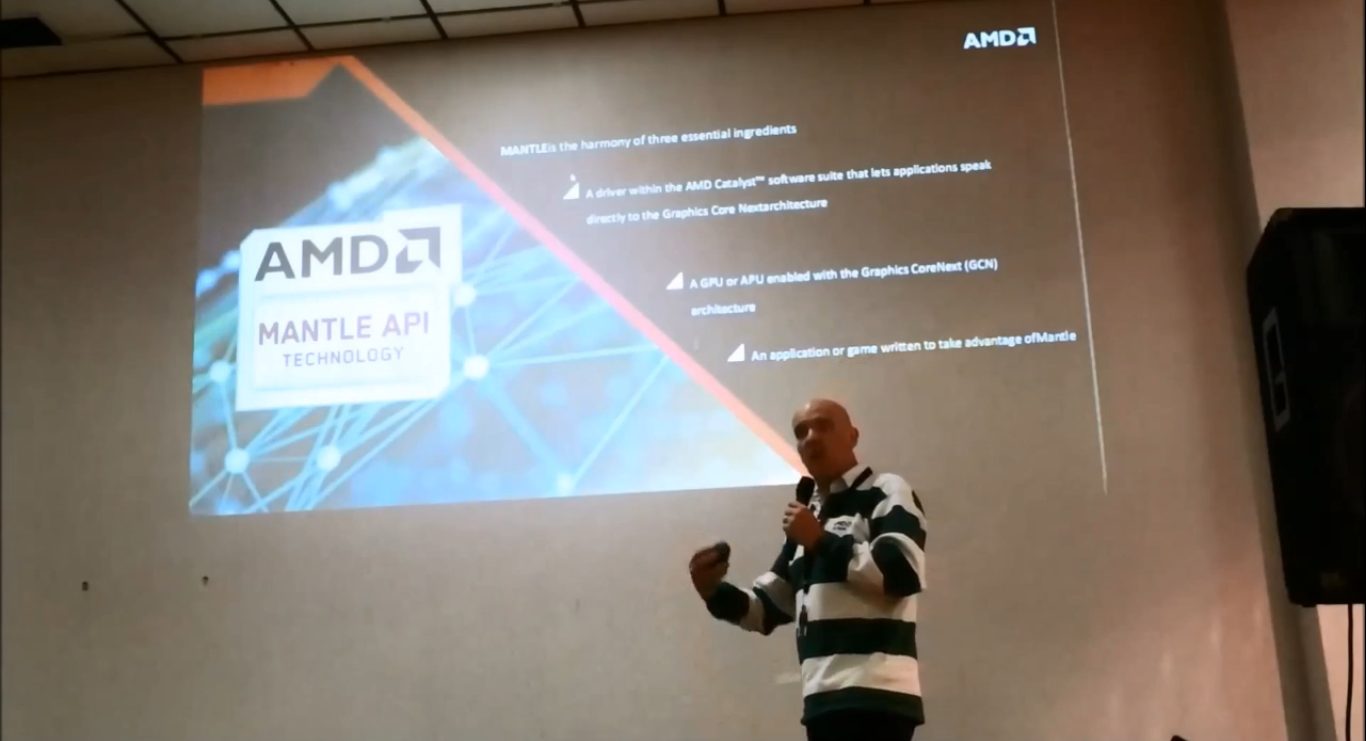 .
According to Huddy, AMD has taken Mantle to both Microsoft and the Khronos to help them realize and work in any of Mantle's benefits that they may wish to implement in their own next generation APIs. Thankfully this resulted in Microsoft and Khronos borrowing many aspects of the low level API that should hopefully bare fruit once DX12 and OpenGL NG finally come to market.

OpenGL NG is the codename for the truly ground-up redesign of OpenGL that will not be backwards compatible with existing OpenGL versions. And since they're breaking compatibility with older OpenGL versions I really can't see why they can't go all in. And make an industry standard Mantle style API with the support provided by AMD.

AMD's approach to the industry with Mantle is fascinating. It does seem like it's genuinely working towards taking down any barriers that may prevent other hardware vendors from jumping on-board. What Huddy is basically saying is this, if you truly care about giving your users the best possible experience, there is really no reason for you as a hardware company not to support Mantle. It's a performance upgrade for free essentially.

Nvidia's a company that's well known for doing "its own thing" so to speak. Even if it's not necessarily the best possible solution for the user or the industry as a whole. For better or for worse Nvidia is not famous for being a team player, you can ask Linus Torvalds and he'll tell you a thing or two about that. So this puts a company like Nvidia in a tough spot. Because I'd imagine users would very much like to enjoy the benefits of something like Mantle but it may not be something that Nvidia is willing to provide.

From our perspective It's absolutely a breath of fresh air to see companies collaborating to push the whole industry for a change. Even arch rivals such as AMD and Intel are seemingly willing to work together on this. Which would make it all the more bizarre, if Nvidia decides not to at least seriously consider the opportunity to leverage the benefits of Mantle for its own users.