Disclaimer: This Post was Published on the 1st of April and is an April Fools Joke.

Hell just froze over. In a Wolf of Wall Street-esque move today, AMD pulled its stocks from NYSE and went Private. Nvidia acquired AMD shortly thereafter. However what was apparently an obviously strategic acquisition turned out to be a Reverse-Takeover as AMD's brand resumed itself. 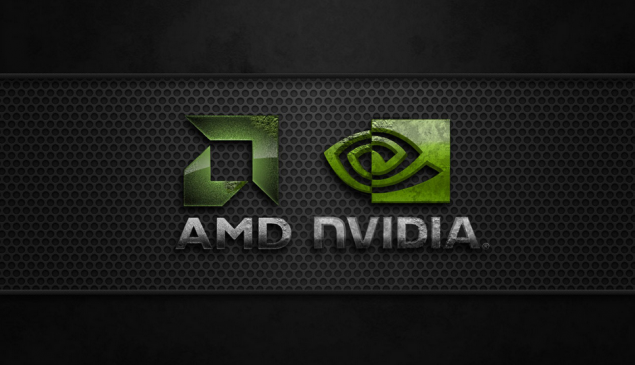 In what is either the best thing or the worst thing (depending on your view point) AMD just stated in a Press Conference that it has indeed acquired Nvidia in a brilliant Reverse Takeover Maneuver. Details are sketchy but apparently AMD pulled its stocks from NYSE and went private. This allowed Nvidia to aquire AMD hassle free, after which AMD's top brass reasserted themselves in control. Basically Even though technically AMD acquired Nvidia, this is more or less a very very fancy merger.

Even more interestingly it seems that the roadmap of both Nvidia and AMD has been dropped. Maxwell will still be arriving in late 2014 (in H2 probably) and the R9 295X2 is still releasing. We don't have any information on Pirate Islands so expect it to be cancelled. However, AMD-Nvidia's new architecture with the power of HSA, eficiency of Maxwell, Nvidia's Stacked DRAM and NVLink and AMD's HQ and Low Level Innovations, Pascal Islands will bre relasing in Q1 2016.

This new architecture will be have a mindblowing FP64 performance of 1/2 which is almost Professional Level. It will be clocked at 2Ghz and this will be achieved by using a closed loop LN2-Coolant Hybrid system. Upon asking what AMD-Nvidia aims to do next they said that we will probably see Graphene based GPUs by 2020.