Our friends over at Ocaholic received information from their sources that AMD is working on the Tahiti XTL core based revision of their recently released Radeon R9 280X GPU. The AMD Radeon R9 280X graphic card which was launched earlier this month currently features a rebranded Tahiti XT2 core which is similar to the one featured on the HD 7970 GHz. 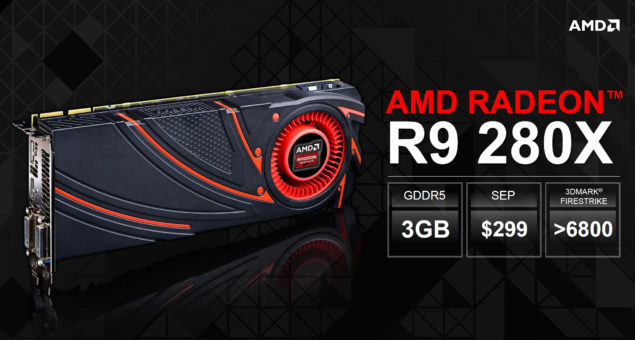 It isn't the first time that we are hearing about the Tahiti XTL core since the codename was already revealed back when the R200 was due for release. The Tahiti XTL was supposed to be a refined version of the Tahiti chip compared to the one currently featured on the R9 280X and HD 7970 GHz edition graphic cards. It can be said that AMD hadn't manufactured a large amount of these chips earlier so it didn't appeared in any of the models during launch.

The new Tahiti XTL chip would bring lower power consumption, possibly new features such as AMD TrueAudio and full DirectX 11.2 support and even higher clocks. There would still be a large quantity of Tahiti XT2 chips in the market but those looking for the XTL based cards would have to search through their purchases since their isn't going to be any differentiating factor between the two variants. Pricing of the Radeon R9 280X will remain unaffected and supply won't be an issue since AMD always has those left-overs Tahiti XT2 chips to rebrand as the R9 280X graphic card.