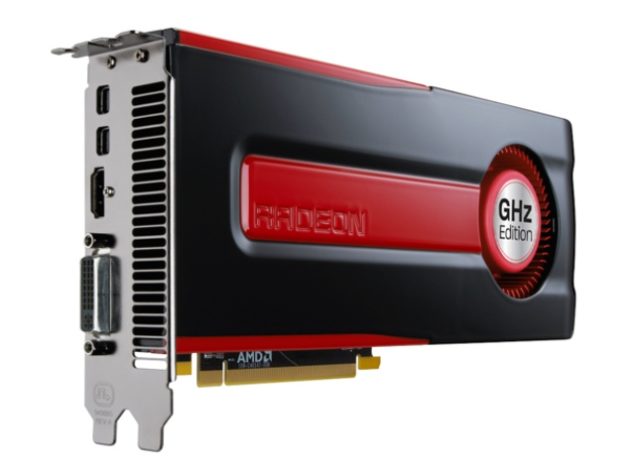 The Tahiti LE graphic processing unit's performance would end up between the Radeon HD 7950 and Radeon HD 7870 and would be made up from the left over chips which couldn't qualify to enter the Radeon HD 7970 or HD 7950. The model would be similar to the Radeon HD 6930 which was a cut down version of the HD 6950 and launched around the winter season before the arrival of Southern Island cards.

The Tahiti LE would launch to attract new buyers during the holiday season and offer competitive performance against the GTX 660 and GTX 660 Ti. The Tahiti LE chip would hold 24 compute units with a total of 1536 stream processors, 32 ROPs and a memory of 2GB GDDR5 along a 256-bit interface. Looking at the clock speeds the HD 7800 series offer, the Tahiti LE can also possibly be a GHz edition card with clock set around 1000 MHz and memory at 1200 MHz.

It is uncertain though when AMD would actually launch the card but if it happens this month then details would come along soon. Pricing can be set anywhere around $269-$279