At the Capsaicin live event, AMD demonstrated their Polaris 10 GPU which is based on their next generation FinFET process. The demo board that was used as a showcase of AMD's FinFET achievements and ran DX12 titles with a constant 60 FPS at high resolution and maximum game settings. While not shown to the public, some journalists were able to capture shots of the graphics board and revealed some interesting new details. 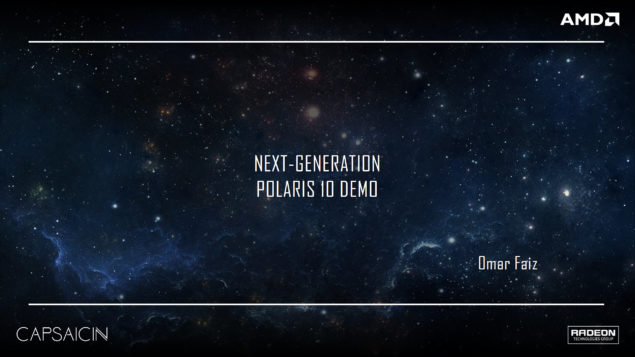 Polaris is the name of the latest GCN architecture from AMD. In fact, Polaris features the fourth iteration of the Graphics Core Next architecture which has existed in the market since 2012. The AMD Polaris architecture will be featured on several GPUs, so far AMD has confirmed that they have a high-end chip, Polaris 10 and a entry level chip, Polaris 11 in development. Both of these chips have been demoed by AMD. The Polaris 11 GPU was demoed at CES 2016 and the Polaris 10 GPU was demoed just recently at the Capsaicin 2016 live event.

Polaris is also the first AMD architecture to adopt the latest 14nm FinFET process from Global Foundries. The new process allows far better performance efficiency compared to current generation architectures. In AMD's case, we are expecting a 2.5x increase in performance per watt which is a dramatic increase over the last gen cards (28nm). While architectural changes are expected to deliver better performance in graphics capabilities on the next generation APIs such as DirectX 12 and Vulkan, Polaris will also deliver an incremental leap in GPU performance when it comes to Virtual Reality (VR) through software optimizations offered by AMD's Radeon Technology Group. 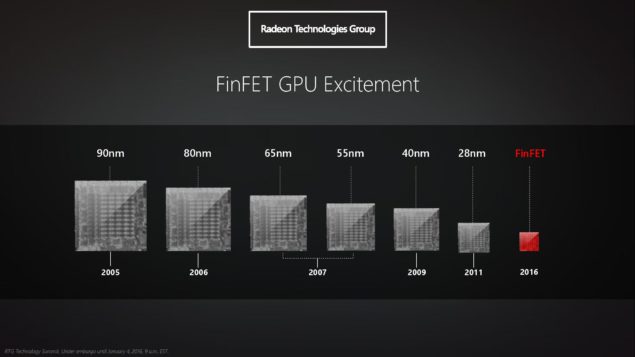 The Polaris 10 GPU was demoed in the latest Hitman which utilizes DirectX 12 tech. The GPU offered 60+ FPS on 2560x1440 resolution when showcased at Capsaicin. The demo was short but a really interesting story from Ryan Shrout at PCPerspective reports that he got to see a demo of the Polaris 11 GPU playing back 4K VR content while being passively cooled. The Polaris 11 GPU is the smaller of the two siblings but it's quite a hard task to run a 4K VR content at stable rate while being passively cooled, looks like the Polaris 11 GPU was able to achieve this feat with no problem at all. 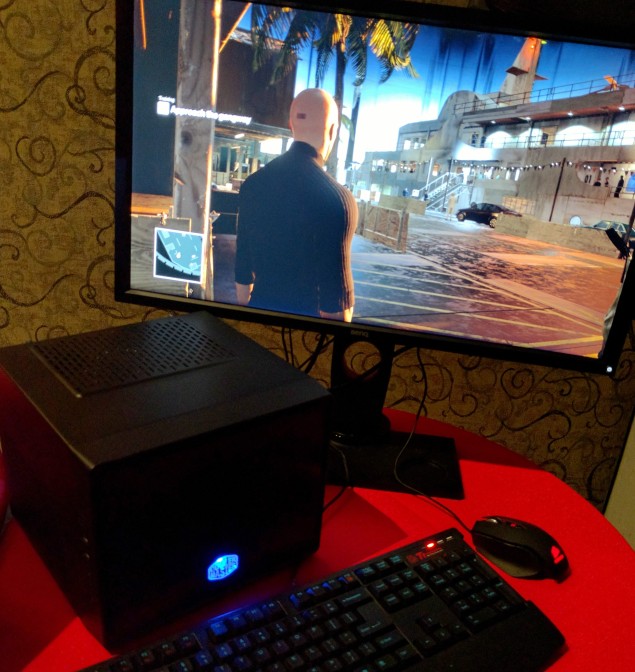 The Polaris 10 GPU was featured in a tiny Cooler Master Elite case that comes in ITX form factor. That case has limited airflow and its quite impressive that the Polaris 10 GPU maintained more than 60 FPS in the small demo. We know from the Hitman benchmarks published last week that only the top-end cards such as the Radeon R9 Fury X are able to maintain more than 60 FPS at 1440p resolution.

One of the interesting details that also got posted was that the sample board was comparable to the Radeon R9 Nano in terms of size so it could be possible that AMD is again making approach for compact boards. Could this be the Nano 2 in the making? It seems so and also kind of gives a hint at the memory type being used. Sure the card could possibly use GDDR5 memory but knowing AMD, they might have a Polaris 10 interposer with 1st gen HBM memory on board. That seems more of an obvious choice if this card is going to be a Fiji replacement. The other die, Polaris 11, uses GDDR5 and will be featured on a range of notebook and low-power PCs. 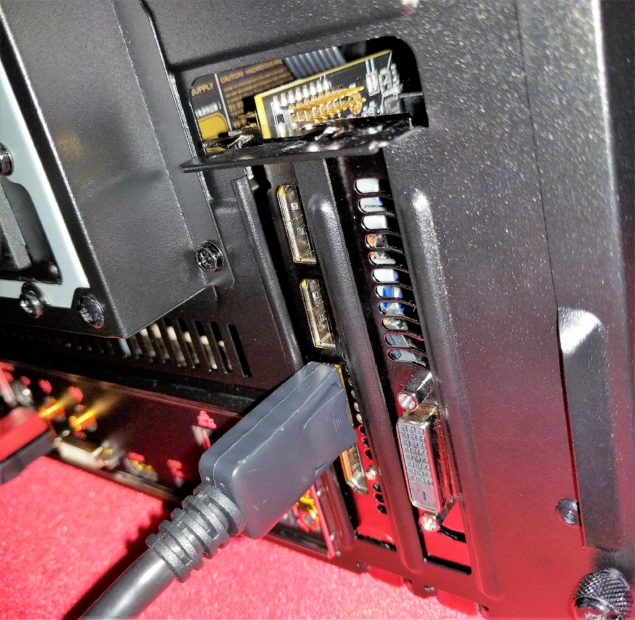 The image of the Polaris 10 graphics board reveals that the card uses three Display Port 1.3 outputs, a single HDMI 2.0 output and a DVI-D port. AMD has been pushing to offer better display capabilities on their GPUs since the Radeon Technologies Group came into action and they have talked a lot about 10-bit displays with better Pixel display capabilities. The card features a standard exhaust vent, there are pins over the XDMA lane but that could just be part of the demo board. We can't see an internals but this case is really small and so is the graphics board which utilizes Polaris 10.

The Polaris 10 and Polaris 11 GPUs will make AMD re-consider the pricing strategy of their cards. This was the comment stated to PCPer by Raja Koduri. 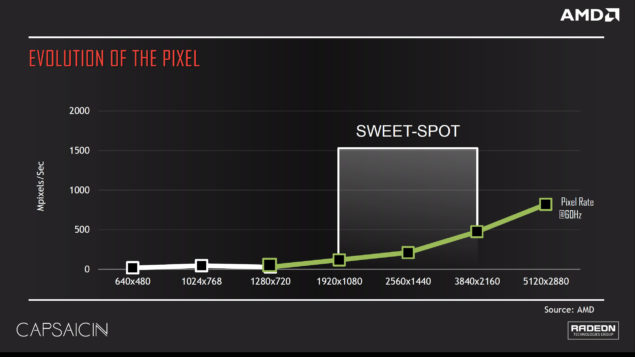 AMD's current pricing strategy is competitive but that doesn't work in the high-end sector which had to see price cuts to become competitive. Cards such as the Nano were cut down $499 US from $649 a few months after they launched in the market. The product was impressive but it wasn't that great in the pricing department and AMD is planning to re-think their prices with the upcoming generation of GPUs which will be all about the sweet performance per dollar value.