CEO of AMD, Lisa Su, has officially shown off their latest Fiji GPU at Computex 2015. The new chip is the first to feature HBM memory which incorporates stacks of DRAM vertically on each other to save space and deliver faster performance than previous generation GDDR5 technology while delivering better performance per watt. AMD has also confirmed that they will be officially announcing the AMD Radeon Fury graphics card at the E3 event hosted by PCGamer and AMD on 16th June, 2015 at 9-10 AM (PST).

The Fiji GPU was shown ahead of the official launch that is planned for 16th June however some sources did reveal that AMD made last minute changes to not reveal the card at Computex. They previously had plans to show off the complete Radeon Fury card but that changed after the launch of the GeForce GTX 980 Ti and now AMD is making a few adjustments in terms of clock speeds to further optimize the performance of the said card. AMD's Vice President did claim at the event that the Fiji GPU based card will be the fastest in the world however that cannot be confirmed at the moment since conflicting reports came in yesterday that the card may end up delivering similar performance as the 980 Ti.

The new memory technology could also help shrink the size of GPUs, or add more memory in the same area. About 1GB of HBM memory takes up 95 percent less than the same amount of GDDR5 memory, so you free up a lot of room on a circuit board, said Robert Hallock, technical marketing manager at AMD.

"HBM satisfies the appetite for smaller device. There is this appetite for powerful, portable systems... but they don't want to give up performance either," Hallock said.

AMD has spent alot of time on this product (being on the bleeding edge of vRAM tech) and the delays need to be met with something that is worth the wait. As a company, AMD could be in a lot of trouble if the AMD R9 300 Series and the Fury Series fails to hit the mark. Since this product is still being fine tuned – I am still hoping for a comeback.

Some more details that we now know is that the water cooler has allegedly been supplied by CoolIT with a very short PCB. The reason this can happen is because the power supply circuitry has been moved closer to the GPU core which allows reduction in total size. The card has 6 power phases powered by 2x 8-Pin connectors making it capable of sipping upto 375 Watts. The data sheet recommends using a PSU of atleast 700 watts for the typical system. A single HDMI 2.0 and 3 DisplayPorts (1.2) are present. We also recently covered the first die shot of the Fiji GPU which has now been teased and we can confirm that our report was quite accurate in the sense that we also were posting pictures of the real chip.

In the case you missed our exclusive die shot of the Fiji GPU, you can take a look at it again below. Do note that the reason it is covered in some much thermal paste is because that is how it ships within the card. Enjoy! 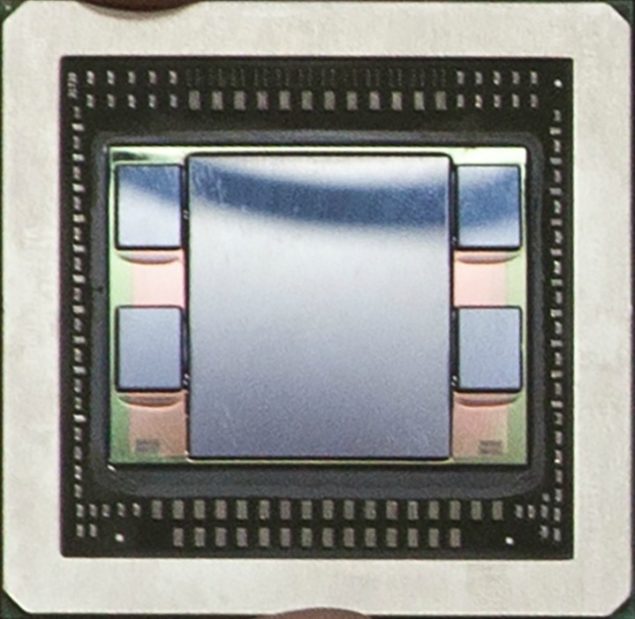 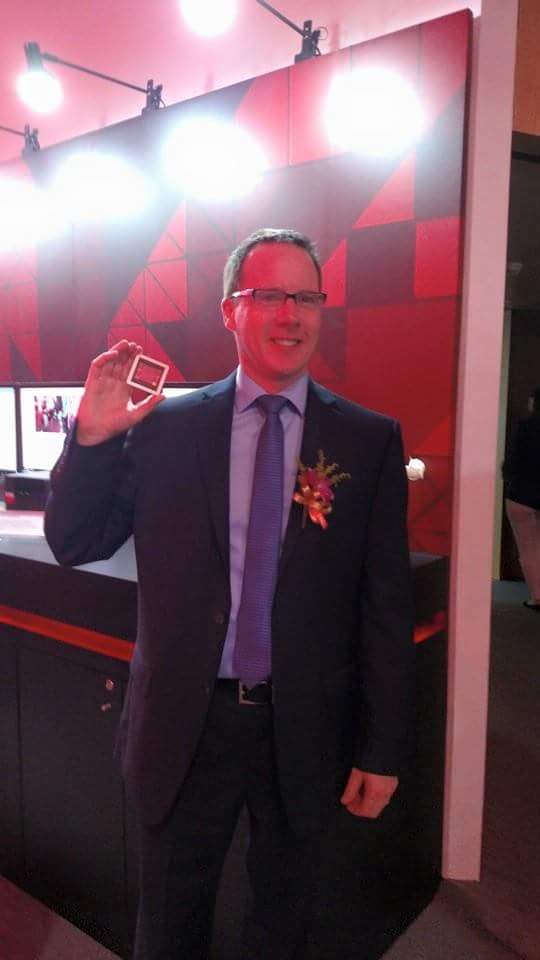