AMD: Our Next Generation (Arctic Islands) GPUs will offer Double the Performance Per Watt of the Current Generation

It looks like the GPUs in 2016 are going to be a major step up from current gen, because we keep on hearing about performance basically doubling, thanks to the transition to the smaller node. There have been reports in the past about Nvidia's Pascal having 17 Billion transistors (more than twice as many as the Maxwell flasghip) and even now at AMD's earnings call, Lisa Su stated that the next generation AMD graphic cards will double the performance per watt delivered by the current generation (Fiji) lineup. 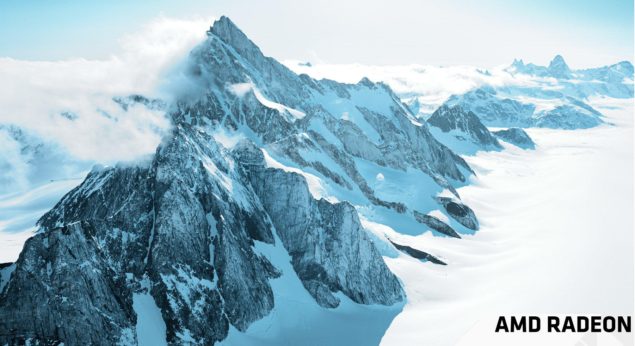 While it has been implied in the past that the performance jump is going to be enormous, this is one of the few times where the company has explicitly mentioned just how big the jump is going to be. Lisa Su made the following statement on the recently held earnings call for the results of the third quarter, year ended 2015:

"We are also focused on delivering our next generation GPUs in 2016 which is going to improve performance per watt by two times compared to our current offerings, based on design and architectural enhancements as well as advanced FinFET products process technology." - Lisa Su, AMD

The alleged codename of the Arctic Islands' flagship is 'Greenland' and if what AMD says is true (and there is no reason for it to not be just that) we are looking at a 100% increase in performance over Fiji. But just what exactly does that translate to in terms of numbers? Using what we know about the FinFET process, we can arrive at a tentative answer.

While Nvidia is confirmed to be on the 16nm FinFET+ node from TSMC, the same cannot be said about AMD. We do however, have more authentic reports about AMD being on the 16FF+ node as opposed to 14nm FinFET. So if we are to assume that the same is true for AMD, then it is going to adhere to the same rules as Nvidia's next process. Here is an official summary of the 16FF+ node from TSMC official:

Fiji GPU has a total of 4096 stream processors and 8.9 Billion transistors and the die size is 596mm^2. So for double the performance, we are looking around 18 Billion transistors for the Greenland (Arctic Islands) chip. Ofcourse, if the die size is ~500mm^2 initially then anything in the range of 15 Billion transistors goes. For the ~500mm assumption, after accounting for performance increases via architectural improvements, a gain of 66%+ (anything between 70-80% realistically) can be expected. While that is not a full 100%, it is close enough. Ofcourse we have no idea what the stream processor size will be, so attempting to reverse engineer the exact core count would be an exercise in futility. It is a safe bet however that the number would be somewhere around the 8192 mark for a ~600mm die or around the 6784 mark for the ~500mm die (plus minus a few multiples of 128).

While the fact that TSMC is using the 20nm back end process helps in the claims of a ~600mm^2 die, I myself,  have difficulty believing that these companies will launch with such huge dies. It is possible that competition might force them to do so, but in my opinion, the probability of an initial ~500mm^2 die is much greater. At any rate, we are going to have an absolutely amazing showdown in 2016, with the first full fledged, 4K @60fps monsters landing in the DirectX 12 arena. It is most definitely a good time to be a PC gamer.