The R200 launch has put a slight dent in Nvidia sales and now it appears that AMD is going to push the advantage by introducing the Never Settle offers to the R200 Series. It is unclear when it will launch exactly but you should expect it soon. 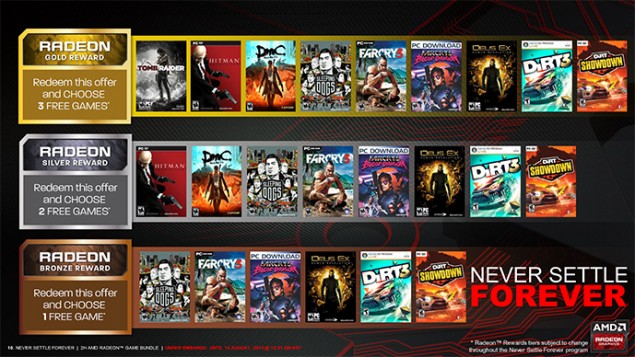 AMD Vice President of Sales has confirmed that indeed the Never Settle bundles will be making their way onto the R200 series. There had been some concern regarding the 200 series because uptil now the never settle bundle clearly stated that it was applicable only to the 7000 Series of AMD Cards. However apparently, the Never Settle bundles have been doing a great impact on AMD Sales that a repeat for the R200 Series is a no brainer for AMD. 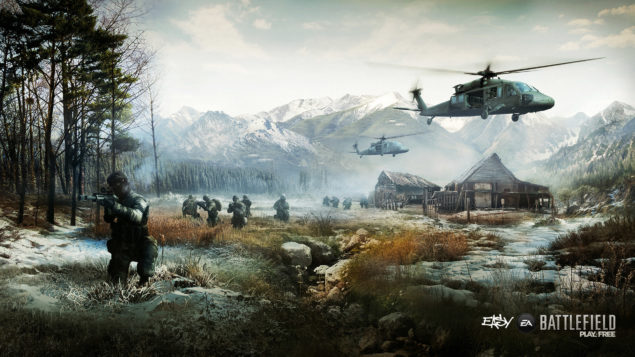 According to reports, the basis will stay the same. Bronze Reward wil give you one free game, Silver Reward will give you two free games, Gold Reward will give you three free games. It will vary depending on which card you buy. There are also reports that you can count on Battlefield 4 being in the Never Settle bundles for the R200 Series, and that is one game that alone could help sales alot. With AMD Sales already going so well, the introduction of a Never Settle Bundle targeted to the R200 Series will help boost the sales even more. And hey, who says no to free games right?

It helps that on the other hand, green is struggling to come up with a decent counter approach and unless we are very much mistaken the tides of the Video game Market might be in for a change.