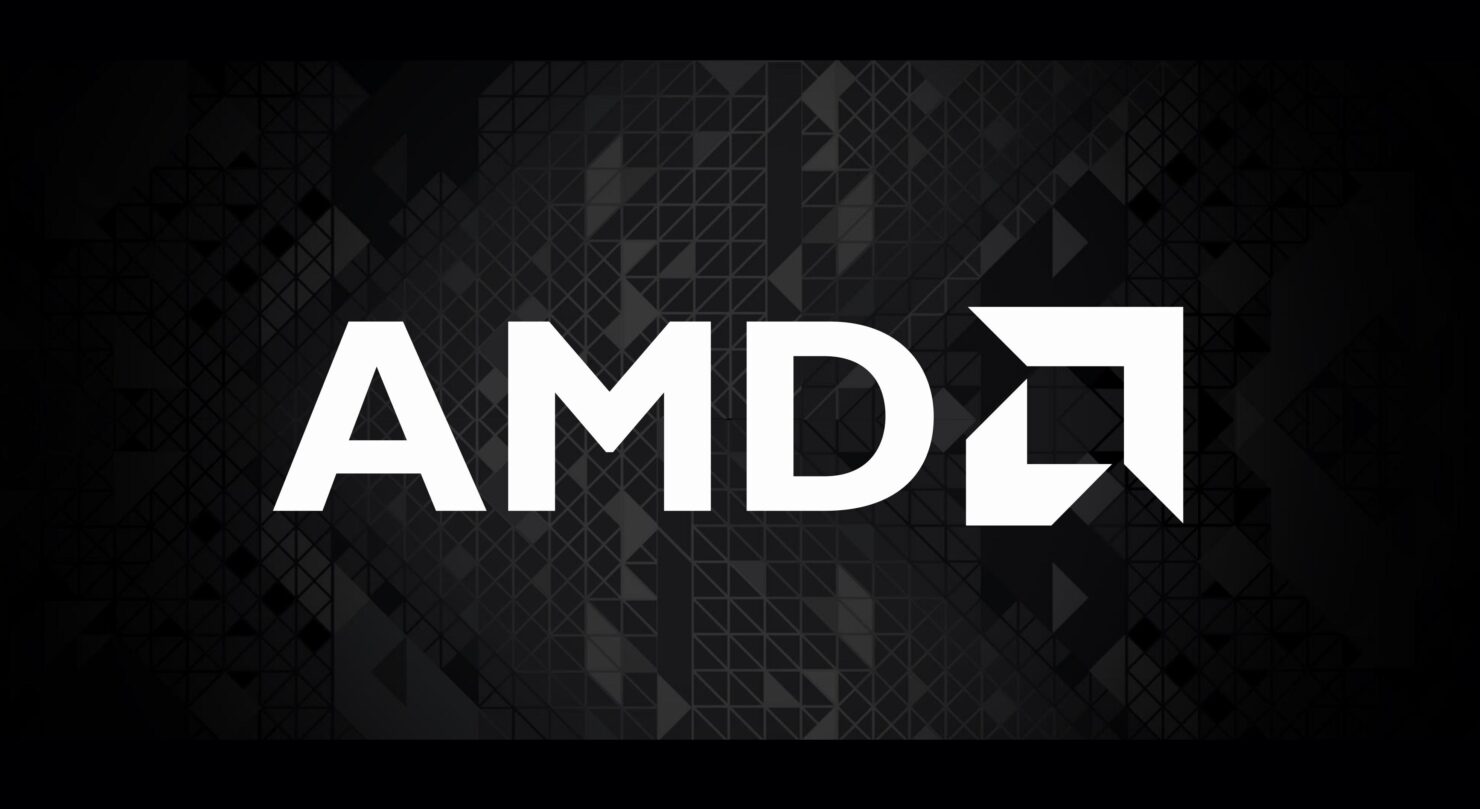 AMD (AMD:NASDAQ) shares have dropped by more than 8% during the last trading session and have broken some of the bullish momentum resulting in immediate correction towards the $5.01 price level. At the peak of $5.48, investors started selling shares and booking profits. The apparent cause behind the drop in the share price appears to be profit taking by investors driven by selling pressure at the $5.48 level.

AMD shares touched a peak of $5.48 per share, a level it has not touched since mid 2012. This constitutes an all-time peak in almost 5 years. The bullish momentum that had been carrying AMD forward appears to have collapsed back down to immediate support levels which can be found at the $5 mark. The stock price per share started facing resistance around this mark and bottomed out at $5.01 by the time the closing bell rang.

The amount of shares traded is also about twice the average daily volume (ADV), clocking in at 47.8 Million shares changing hands – which constitutes more than 7% of the float. This is one of the reasons we believe that the initial selling pressure at the peak started a scramble to book profits in case of a crash to primordial support levels (which we believe to be around the $3.68 mark). It is also likely that the effect was further compounded by stop-loss orders, set by vigilant investors unwilling to lose out on their paper gains, getting triggered during the drop in share price of Advanced Micro Devices (AMD:NASDAQ). 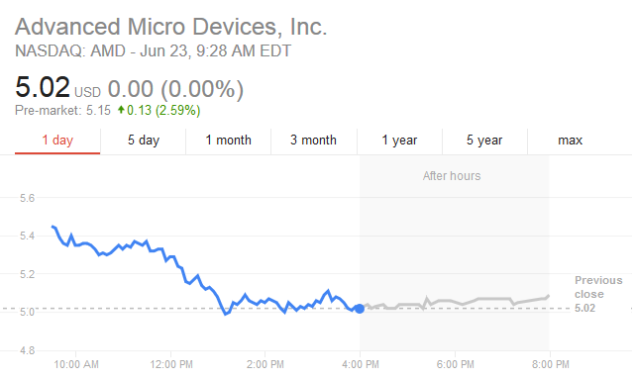 Also keeping in mind that no material info has been disseminated to the public recently (either by leaks or by the company) which further adds credence to the statement that this is a textbook case of profit-taking. The large amount of volume traded and the characteristic steep decline are all indicators of herding behavior and the vicious cycle of selling pressure. 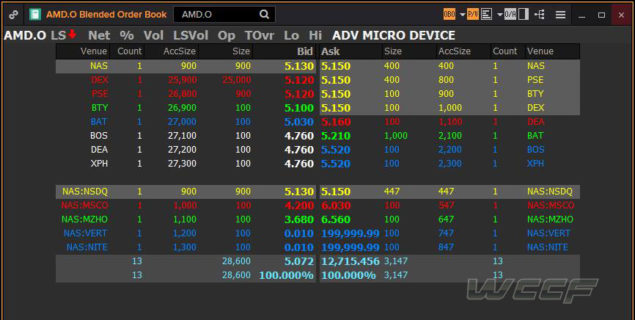 The market is currently in pre-open status and from the market depth information it would appear that support has kicked in with a slight bias to the bullish side of the order book and upward momentum likely to resume – albeit at a muted pace. Share price has been hovering around the $5.14 mark. In the case of further investor panic and profit taking, immediate support levels below the $5 mark will likely be found at the ~$4.76 level after which we expect a significant cluster of resistance to kick in around the $4.42 mark.

Advanced Micro Devices, Inc (AMD:NASDAQ) recently unveiled their RX 480, RX 470 and RX 460 graphics cards all of which we know are going to offer an unparalleled amount of value to customers at the sub $200 price point. The company is poised to capture a completely unexplored segment of the market not to mention will be unveiling its Zen architecture this year. All in all things, have not looked better for AMD in a long time, and the share price reflects this.