AMD recently shared the Mantle performance numbers and one of the main attractions of the benchmarks was the Star Swarm Demo. It is in this demo that Mantle yields a mind blowing 319% increase over Direct X in a heavily CPU Bound Scenario. 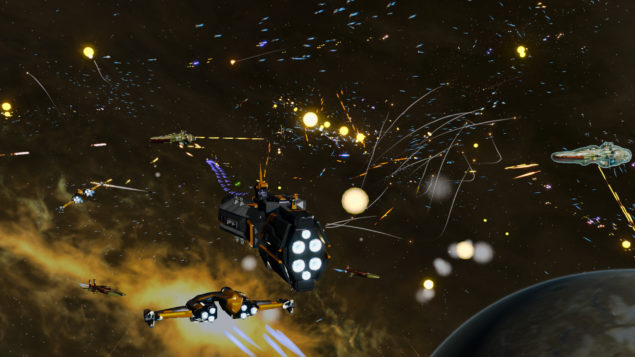 The Star Swarm Demo is basically a tech benchmark to showcase the demands of a next generation RTS. It has the capability to have about 10 000 units on screen at any given point, all with their respective AIs, Path Finding, Threat Assessment and Physics. Needless to say that this demo is very very CPU Intensive. It is here that the Raw Power of AMD's Mantle is apparent. Because it can make the CPU-GPU couple more efficient, a fully CPU Bound scenario can get you an ulpift of 319%! (Thats unheard off without a hardware update). Here are the official numbers AMD Shared:

I honestly cannot wait to give it a try myself, but AMD has not released the Mantle Drivers at the time of this writing. In this particular benchmark the Average Gamer can expect an fps increase of 20 - 100% with Mantle as compared to Direct X!

And it gets better, the Nitrous Engine powered Star Swam demo is a dynamic demo. I.e its not a 'canned' demo where the CPU and GPU just play out a scripted story. The battle taking place is a real computed simulation, which is why you can expect different results when running the benchmark. It also shows how drastically Mantle lowers the burden of the CPU and its not just bells and whistles either, its a true software upgrade with a real increase in your game compute. You really want to see how much of a difference AMD's Mantle API makes? Then this right here is your answer. You can download the demo here.

The Flagship Nitrous Powered Star Swarm Demo is Out. But no #Mantle Drivers yet 🙁 http://t.co/9X4MGPpX9M