AMD's latest annual shareholders report revealed that the very first AMD ARM 64bit server chips will launch in the first half of 2015.  Thanks Paven for the tip !
Code named Hierofalcon the new server processors are part of AMD's R series embedded product portfolio. The Hierofalcon code name isn't a particularly new one as we had excursively told you about it last year. 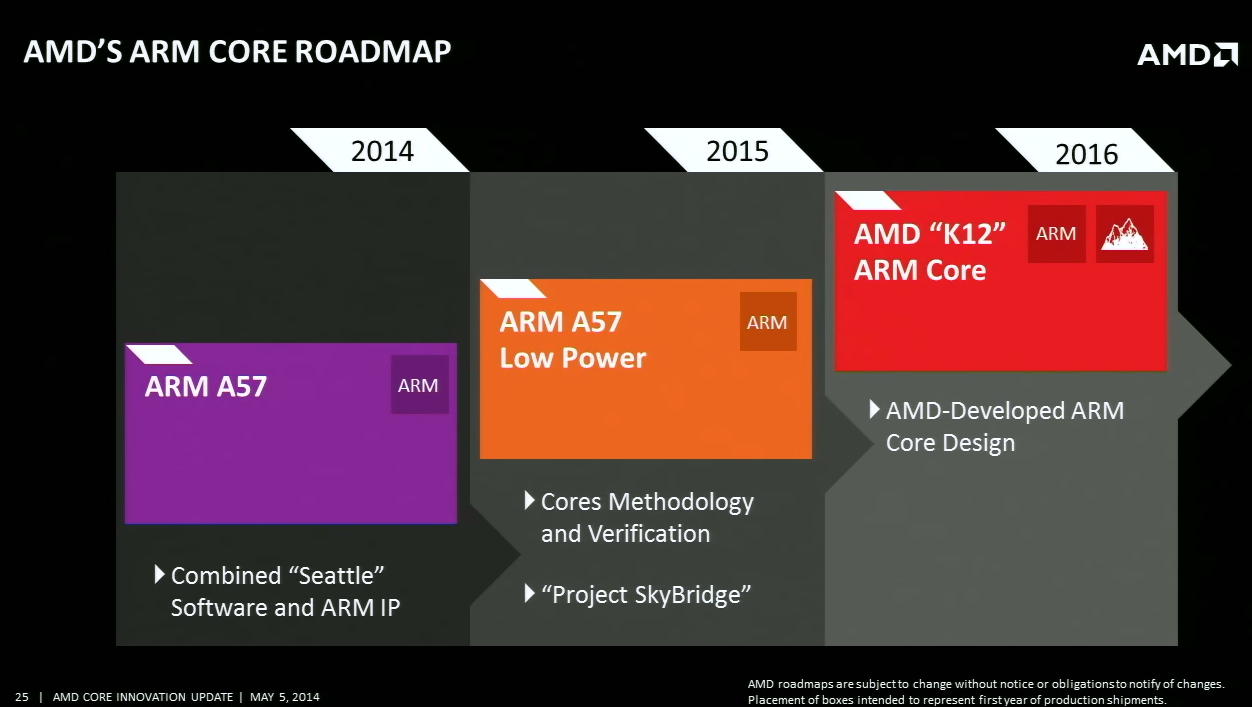 In October 2014, we began sampling our first 64-bit ARM Cortex-A57-based AMD Embedded R-Series
SoC, codenamed “Hierofalcon.” The AMD Embedded R-Series SoC platform is designed for embedded data
center applications, communications infrastructure and industrial solutions and is expected to ship in the first half
of 2015.

Hierofalcon is one of the most important products in AMD’s Embedded high-performance lineup. It is the first 64-bit ARM based embedded SOC solution from AMD. Powered by upto eight ARM Cortex-A57 cores clocked at 2.0 GHz, 4 MB of L2 cache and built on the 28nm process technology. The chip will ship in the SP1 BGA package and features some new cache coherency feature such as full cache coherency, 8 MB L3 cache and SMMU (I/O address, mapping and protection). The chip allows dual channel 64-bit DDR3/DDR4 memory channels (ECC) with speeds of up to 1866 MHz. 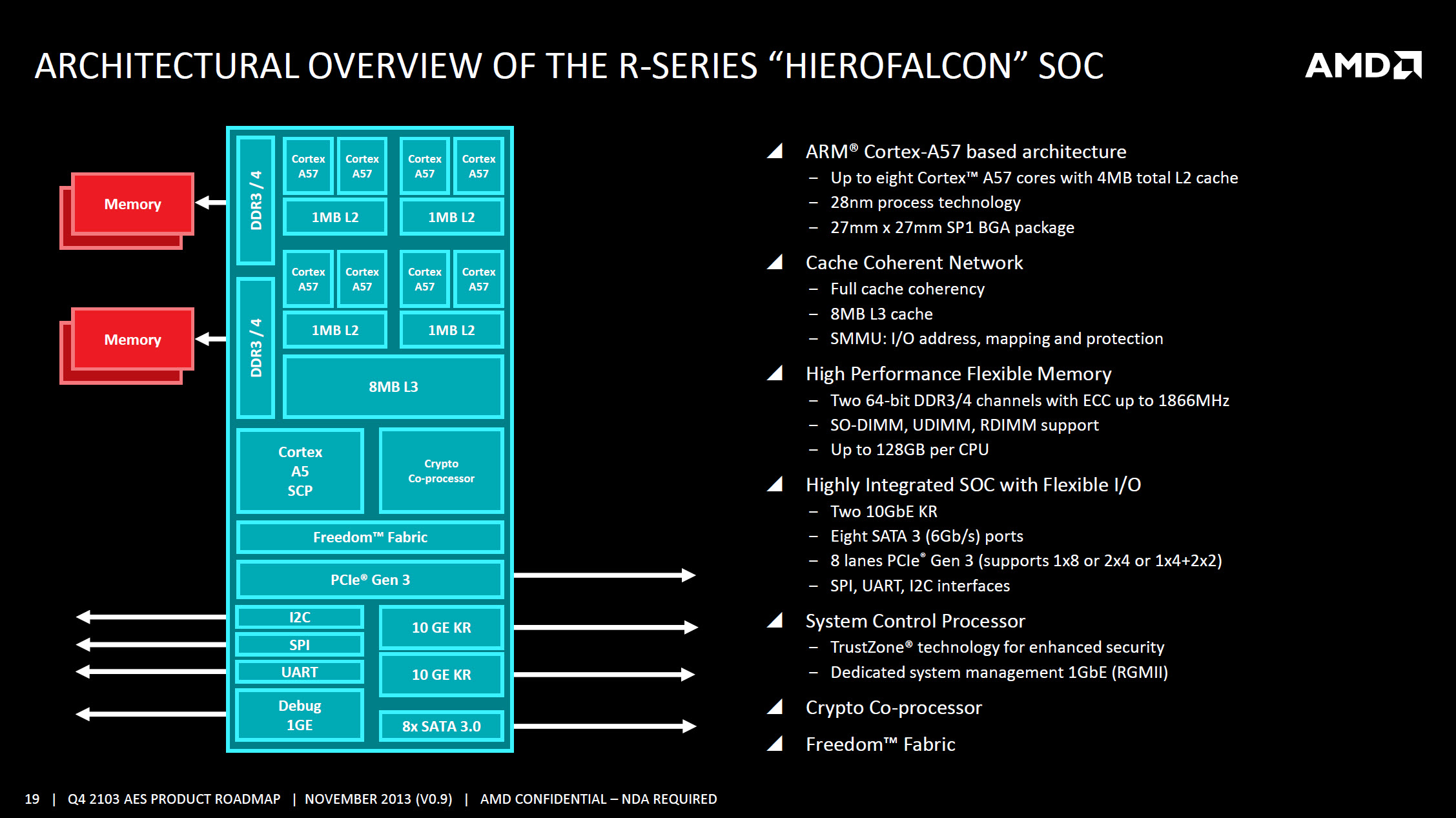 AMD expects to begin shipping Hierofalcon in the first half of 2015 so sometime between this month and June. Following the introduction of Hierofalcon AMD is planning to introduce its SkyBridge platform. Featuring interchangeable 64bit ARM and x86 low power processors and APUs. SkyBridge products will be built on 20nm. And will feature SOCs that are laid out in such a way to make them pin compatible with a single socket. So both ARM and x86 processors can be used on the same platform.

However 2016 is when things will get really interesting. That's when AMD will introduce its own custom high performance 64bit ARM core code named K12. As well as introduce the company's brand new "from scratch" high performance x86 core code named Zen.
AMD has revealed that it plans to introduce the K12 and Zen "sister cores" in early 2016. Lisa Su also confirmed that AMD's upcoming cores will be the first from AMD to be manufactured on a FinFET process.

We've also learned through leaks by our friends from Sweden at Sweclockers.com that AMD will be introducing a product family code named Summit ridge featuring 8 core CPUs based on Zen next year. Summit Ridge will allegedly support DDR4 memory and debut with a new FM3 socket. All inside a frugal 95W TDP. We'll learn more as AMD reveals its future roadmaps next month, so stay tuned.