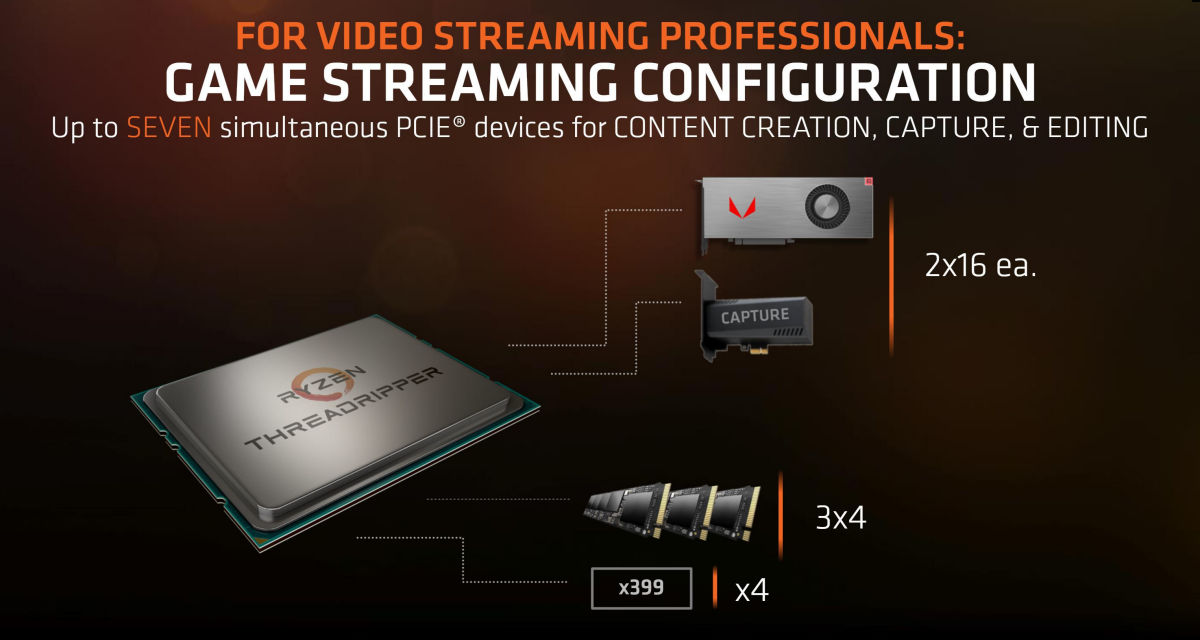 More PCIe lanes, bootable NVMe RAID and more USB ports are some of the advantages the 1900X enjoys over the 1800X.

AMD recently launched the Threadripper 1900X CPU which rocks 8 cores and 16 threads. At the same time the company has also launched the Ryzen Pro processors for OEMs. The Threadripper 1900X has 8 cores and 64 PCIe lanes with support for up to 7 devices simultaneously over PCIe. The processor has the same core count as the Ryzen 1800X processor but the higher lane count and its role as an upgrade path makes it a good buy for people planning to eventually get any of its bigger siblings.

You can  buy the Ryzen Threadripper 1900X over here

This Threadripper 1900X is built for AMD's HEDT X399 platform which means that motherboards aren't going to be cheap to come by. In fact there are currently two X399 motherboards readily available on Amazon and the cheaper one costs $349. So if you are a gamer/streamer who doesn't plan to upgrade to more cores in the future, the Ryzen 1800X might actually be the better choice considering the total cost of the AMD combo. That said, if you do plan to eventually upgrade and don't have the budget right now the Threadripper 1900X provides an excellent upgrade path with tons of room to grow as your wallet allows.

Other differences when compared to the 1800X include bootable NVMe RAID, quad channel memory and 4 more USB ports. The official benchmarks were also provided with the CPU (legacy performance mode basically disables half the cores) and show that the Threadripper 1900X trades blows with the 1800X for gaming purposes while taking the lead in productivity tasks and content creation. This shows that AMD is clearly targeting the content creators with this particular product as well as the HEDT user who wants to keep a clear upgrade path to higher core count CPUs.

While there's not much else to add on this topic, its worth noting that thankfully, all Threadripper products are selling well within the MSRP range ($549) that we expect them to sell at. There seems to be a shortage of X399 motherboards right now but that is probably to be expected considering the high demand for AMD's new HEDT platform. In fact, it is one of the more popular products on Amazon right now. The price difference between the AM4 and X399 platform remains quite high though and it remains to be seen whether we will see affordable X399 motherboards anytime soon.