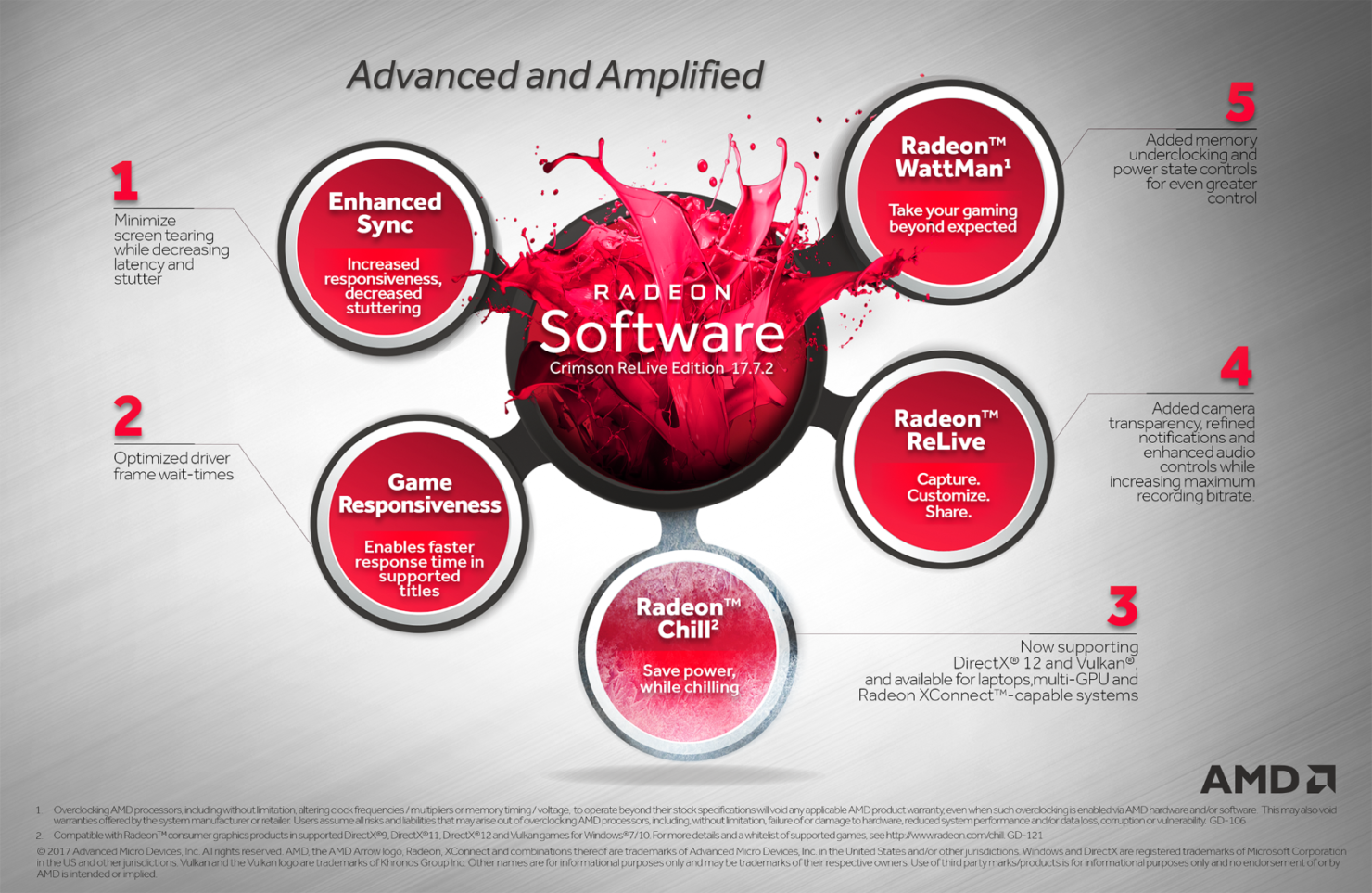 Some of the biggest updates include Enhanced Sync to improve responsiveness while minimizing tearing, lower overhead when recording with the ReLive capture software, improved power and temperature controls through Radeon Chill and Radeon WattMan, as well as the Radeon GPU Profiler for game developers. You can download the update at this address; you can find a more detailed overview as posted on the official site by AMD's Head of VR and Software Marketing Sasa Marinkovic right below.

Enhanced Sync, a display technology above and below VSync. It helps increase gameplay responsiveness by removing the high latency barriers of VSync at an unlocked frame rate and enables smooth, responsive gaming even at a low frame rate

But this is not all. Radeon Software Crimson ReLive Edition 17.7.2 comes packed with even more features, most notably the ones requested by gamers like you.

We have also delivered some incredible new things for Game Designers:

Radeon GPU Profiler, the first PC graphics tool which allows for low level, built-in hardware thread tracing. Take performance beyond expectations. As much as Mantle aimed to inspire the next generation of APIs, Radeon GPU Profiler aims at taking the next step in helping PC game developers enabling Vulkan and DirectX 12. Radeon GPU Profiler is a groundbreaking hardware event visualization tool that provides detailed timing information on Radeon graphics through custom, built-in hardware thread-tracing. Unlike the black box approach of the past, PC game developers now have unprecedented, console-like in-depth access to a GPU and can easily analyze Async Compute usage, event timing, pipeline stalls, bottlenecks and other performance inefficiencies. Here is what some developers who tried it have to say about the tool: