Only a few days ago we got our first glimpse at the specifications of AMD's upcoming Sea Islands HD8000 series graphic cards, Today, VR-Zone provides us with the first details of the next generation of GPUs from AMD - Volcanic Islands.

Sea Islands which arrives in early 2013 would be based on the 28nm fabrication process, the first specifications were leaked by a Chinese website whereas Videocardz provided an in-dept summary of the Oland based HD88** series cards. The Oland series would consist of the Oland XT "HD8870" and Oland Pro "HD8850" GPU's which are made up of 3.4 Billion transistors over 2.8 Billion in the current Pitcairn Core (Southern Islands). At the time of launch, Oland would have basically no competitor from NVIDIA as the Kepler refresh is planned for launch after Q2 2013.

Moving onward in 2014, AMD would unveil the Volcanic Islands (VI) GPUs as the successor to Sea Island and the rival of NVIDIA's own Maxwell GPUs and Intel's 2nd Generation Xeon-Phi core architecture. The new VI GPU's would be manufactured on a 20nm Gate-Last process through either TSMC or Common Platform Alliance. AMD would have to choice between TSMC GigaFab Hsinchu/Taichung, IBM East Fishkill, GlobalFoundries in New York and Dresden or Samsung in Austin and the chip would bring in Silicon level integration. 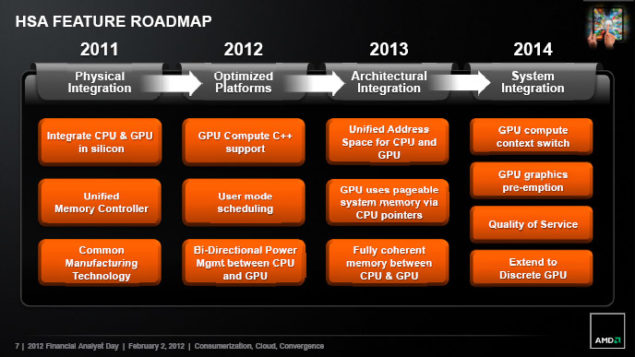 Performance of these GPU's would be evolutionary for the consumers and workstations alike but no key details are known as its a bit early to know those.

In 2015, the Pirates would arrive. AMD's successor to Volcanic Islands would be known as the Pirate Islands (PI)and would be based on a 14nm process. Theo Valich on VR-Zone further reports that these GPUs have gone in works since development phase usually goes under 2-4 years in advance. I would love to see what kind of performance these GPUs churn up against NVIDIA's offering at that time.