D3D12 is basically the next iteration of the DirectX consortium and the low level API promises to be one of the biggest updates we have had in the Graphics API sector for ages. A low level API reduces workload on the CPU while giving the GPU more autonomy – something that is extremely desirable in the constrained environments of APUs and Intel CPUs with iGPUs. Anandtech.com has published a preview on the same, and today we will be taking a look on just that. 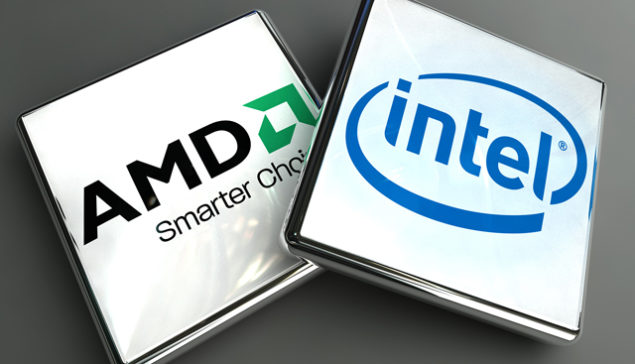 Not an official AMD/Intel posted. @unknown

The preview utilizes the low level API benchmark Starswarm and used a GTX 770 for a reference GPU. You can find the full list of specifications on the original piece. The test not only tested the cpu/gpu bottleneck situations but also tested how the CPU cores scale under the D3D12 environment. The first benchmark is the reference benchmark featuring a GTX 770 coupled with the Intel Core i3 and Kaveri APUs respectively. Slide by slide the settings are reduced to making the game more CPU bound (CPU becoming the bottleneck).

Results for both AMD and Intel are pretty good. Intel's i3 has a slight edge over the AMD counterpart. As you can see the GTX 770 (which has a lot of GPU power to spare) benefits quite a lot from the presence of a low level api on these low performance processors. On the APU side we see significant performance gains from DirectX 12. This API switch nets around 44% out of the A10-7800 and 25% out of the A8-7600. Obviously you are not going to see massive benefits in an iGPU situation but the benchmarks with the 770 show just how much improvements you get either way.

As the source mentions, the low level API actually closes the gap between igpu only and apu only performance because of the fact that the advantage of Intel's superior compute is somewhat diminished by a more liberal graphics processor. It also goes without saying that API improvements like these can be utilized to either lower performance load or increase the amount of visual acuity on screen.