If you thought Intel were the only one doing a processor refresh this year, then you were wrong. AMD is going to launch a refreshed processor lineup of their own based on their x86 Piledriver core architecture which will launch in the first week of September along with price cuts for the existing processor models. The new processors from AMD include the FX-8370, FX-8370E and the FX-8320E. 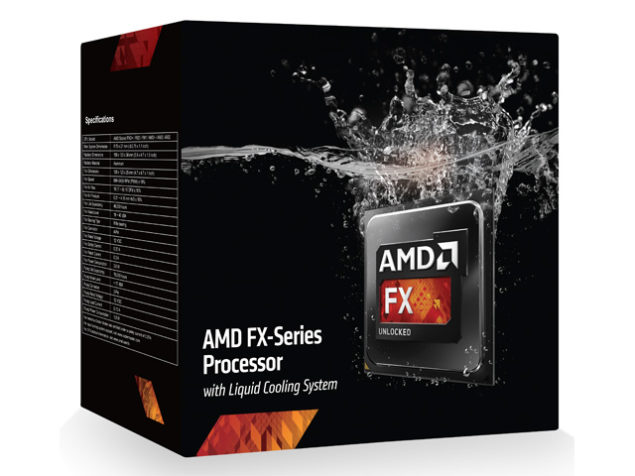 A few weeks ago, AMD announced the Athlon II X4 860K and 840K processors along with the new FX-8300 series CPUs at ChinaJoy 2014. The details weren't made public until one of our sources provided us the details later on. The technical details regarding the FX-8370, FX-8370E and FX-8320E were still sparse until now since Xbitlabs did a round-up of the specifications along with their prices which seem quite affordable. But before we move to the details, I should acknowledge first that the FX-9000 series which is based on the x86 Piledriver architecture that include the FX-9590 and FX-9370 processors are receiving a major price cut starting 1st September. The FX-9590 will retail at $215 US (tray version) and $199 US for the FX-9370 (tray version). The boxed variants should cost a slight bit more since they come with the AIO liquid cooler bundle but we should expect them to remain under the $250 US barrier.

Let's get started with the FX-8370 now which will become the flagship x86 Piledriver processor of the original FX-8000 lineup until AMD plans to launch a new processor line (hopefully no refresh). AMD does have steamroller but they aren't focusing it towards the high-end desktop market instead focusing it towards the APU market with their Kaveri APUs and Athlon processors. The FX-8370 is clocked at 4.10 GHz base and 4.30 GHz boost clock and ships with a 8 MB L3 cache, 8 cores. 125W TDP and a price of $189 US. Surprisingly, the FX-8370E seems to be a power optimized model which has the same specifications but features a 95W TDP and the same price of $189 US.