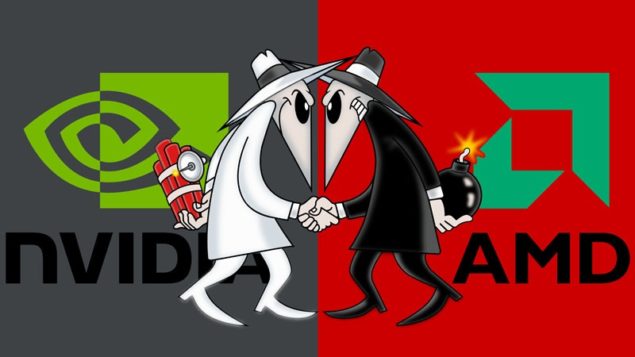 These new price cuts are in effect as of right now. I've personally checked both Newegg and Amazon to find that pricing has been adjusted by both e-tailers.

Admittedly we love GPU wars here at Wccftech. They're the type of wars with only one victor and that is the consumer. They always represent a doze of healthy competition and are often quite entertaining to observe. You could have never gotten as much graphics horsepower for $299 as you could right now. In fact for this sort of performance you would've had to at drop an eye watering one thousand dollars on a Titan prior to summer of 2013.

This is perhaps what Roy Taylor's tweet was all about. Roy Taylor is AMD's head of global channel sales and is the man behind the price cuts on AMD's FX series of processors last month. Roy tweeted just under two weeks ago after Nvidia's GTX 900 series launch that "AMD relishes competition" and that "You ain't seen nothing yet".

Effective as they may be, price cuts are AMD's short term solution. AMD has to maintain a competitive position in the market until The R9 300 series arrive. Which allegedly are coming early next year and going to be packing a very potent surprise in the form of 3D Stacked memory that's mind-bogglingly faster than GDDR5.

However before then AMD still has another card up its sleeve. And that's the R9 285X which based on our own personal conjecture would retail for $249 to compete with Nvidia's upcoming GTX 960. Which we also speculate will debut at the same price point. Aside from the flagship cards, AMD's budget and mainstream cards are also getting retailer based price cuts. With the Radeon R9 270X going down as much as $169 US. While the Radeon R9 280X custom variants now retailing at $269 US as we've mentioned at the beginning of the article. Even the recently launched R9 285 was affected, perhaps in preparation for the upcoming R9 285X.