AMD's Hawaii GPU is part of the next generation Volcanic Islands series which seems to be making an arrival this year as revealed in multiple reports. Consumers are desperately waiting to get their hands on the latest Radeon graphic cards from AMD to replace their year old HD 7000 series GPUs although the value they offer is still quite enticing for new buyers. 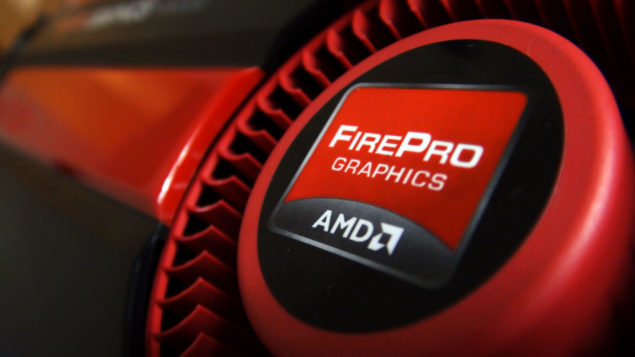 AMD Hawaii GPU To Debut With FirePro Series in September?

We know that the first chip to debut in the Volcanic Islands series is AMD's Hawaii GPU which is going to end up as the flagship. Sweclockers reports that while the Hawaii GPU is indeed the flagship chip, it may not arrive first on the Radeon cards but rather make a debut with AMD's FirePro Professional cards. The current FirePro series made its debut in August 2012 last year while the fastest dual-chip S10000 arrived on 12th November 2012. The site reports that AMD might release or paper launch the new Hawaii GPU based FirePro cards in September but this doesn't rules out the possibility of the Radeon cards this year.

As far as AMD's new Volcanic Islands Radeon graphic cards are concerned, they are said to make a debut along side Battlefield 4 as reported by Sweclockers. Battlefield 4 which is being prepared by DICE is EA's flagship title of this year. You should all know that AMD is the official hardware partner of EA so launching a new generation of graphic cards alongside the flagship title from the largest name in the gaming industry sounds like perfect timing. But even if it doesn't launch in October, the new Radeon series flagship Hawaii GPU based card would make a debut in Q4 2013. Its yet to be seen what kind of performance and efficiency does it brings against the GeForce 700 series and the older Southern Islands cards. It was pointed out a few months ago that AMD will not be using their older naming scheme for the Volcanic Islands generation of GPUs but rather use a different naming scheme such as R9-XXXX which seems odd but we have already seen this kind of naming on their APUs (A10-6800).

It is also pointed out that the new Hawaii GPU based FirePro solution would be available in limited quantities yet higher prices compared to the consumer Radeon series. The new GPUs would rely heavily on the use of OpenCL for GPGPU use.