Nvidia made headlines when it launched its new Monitor-GPU Syncing technology that is the Nvidia G-Sync. However currently G-Sync Enabled Monitors are pretty pricey. But one thing could not be denied, if G-Sync is successful it would almost completely (and subtly) shift the PC Market to Green's Side. AMD Seems to think so as well because, it is working on its own Free Alternative whose very name is a pun to Nvidia, called FreeSync. 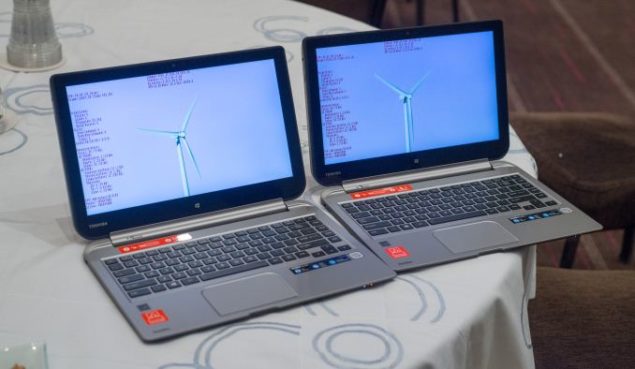 AMD's FreeSync is a Direct Reply to Green's G-Sync. Does Not Compare to G-Sync based on the Demo at CES.

Sadly however, free is not always best. Both G Sync and FreeSync were demoed at CES, and the former was clearly superior and by leaps and bounds at that. Thing is, AMD FreeSync is basically a software based approach to GPU and Monitor syncing while G Sync is a hardware based approach to the same. Furthermore, G Sync is relatively hassle free, If you have a G Sync Monitor and an Nvidia Card you are all set. For Free Sync to wok you need to find the correct type of monitor (if you do not already own it)  and of course an AMD GPU.

However as AnandTech points out, unlike G Sync FreeSync is nowhere near the polished product that Green's is. AMD's software technology works on the basis of the VESA standard for controlling VBLANK (Vertical Blanking Interval). Basically a Variable Frames based approach to Synchronization. Therefore you need to have a monitor that supports aforementioned techs to run FreeSync. However if you already have a monitor that does, and an AMD Card, then you are good to go. Ofcourse one might argue its apples and oranges if you need specific hardware to run it anyways. However the aims of FreeSync are much more admirable since it aims to eventually bring perfect synchronization to everyone, free of cost.

#AMD's 'FreeSync' is a direct reply and pun to Green's GSync. Not as good though, as far as the demo goes.#SyncWars http://t.co/AymqZGalUY