AMD To Take More Graphics Share From Nvidia In 2016 – Report

AMD's upcoming Radeon 400 series graphics cards based on the company's upcoming Polaris 14nm FinFET graphics architecture have been a bright spot in the AMD's IP portfolio. Anticipation for these next generation Radeon graphics cards has been building up among gamers ever since AMD announced and demonstrated the technology back in January. 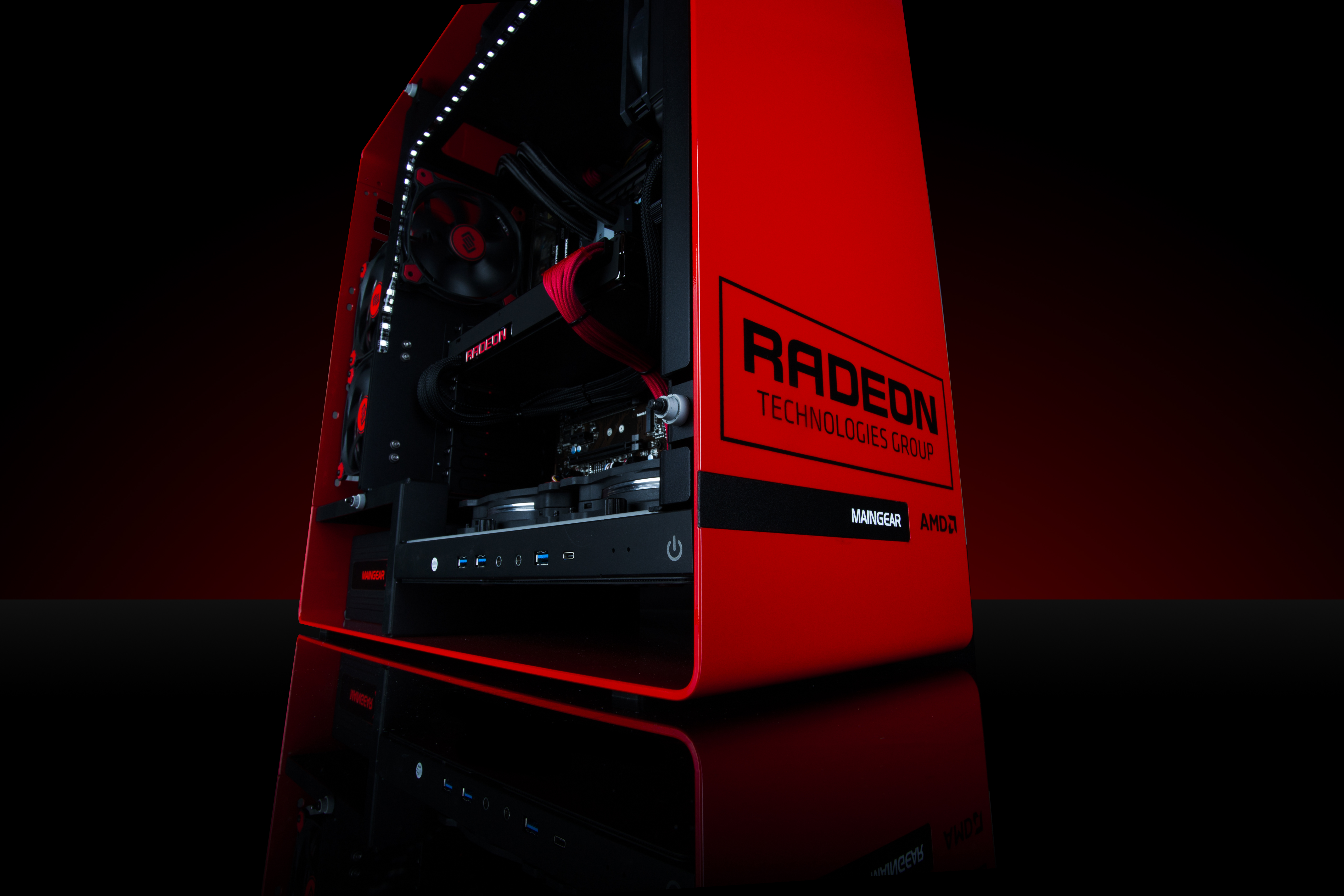 Polaris promises to deliver up to 2.5X the performance per watt of AMD's current generation Radeon Fury and 300 series graphics cards. In addition to a plethora of new DirectX 12, Virtual Reality and media features, including 4K gameplay streaming at no performance cost. Most importantly, Raja Koduri, the company's head of the Radeon Technologies Group, has revealed a new sharpened focus on providing gamers with the best performance per dollar yet. In an effort to make virtual reality and high resolution gaming far more accessible than it is today.

According to a report released yesterday by Digitmes research, AMD's graphics division is expected to make headway this year and grow discrete graphics share at the expense of its main graphics competitor Nvidia.

Digitimes Research cites DirectX 12 advantages of AMD's next generation Polaris architecture as a key driver for share gains in 2016. The significant step function performance and power efficiency gains in addition to the next generation 14LPP process technology from Gloablfoundries, which will reduce manufacturing costs, all naturally play instrumental roles in making the company's upcoming family of Radeon graphics products more competitive.

Digitimes.com
Shipments of discrete graphics cards have also been dropping along with the weakening PC shipments, but AMD's and Nvidia's new GPU architectures are expected to help heat up related shipments in 2016. AMD's new architecture, which has advantages in supporting DirectX 12, will give AMD a chance to narrow its gap with Nvidia.

[...] in 2016, with better control in graphics technology standards and a product schedule that catches up with competitors, Digitimes Research believes AMD will be able to gain market share from Nvidia.

Earlier this week we published an exclusive report on the Apple design wins that AMD's Polaris graphics chips have managed to sweep. Which may not necessarily contribute more than modest share gains for the company but will be serious money makers. We also detailed AMD's new strategy to drive meaningful market share gains and overall graphics segment growth. A strategy that's centered around attacking the high volume graphics segments with focused products based on smaller, more competitive graphics chips.

Speaking more broadly of AMD's IP technology roadmap, 2016 represents the most pivotal year for the company in a decade. It's the first time since the Phenom era that the company is expected to concurrently deliver both CPU and GPU products that are genuinely competitive

AMD President & CEO Lisa Su - Q4 2015 Earnings Call
We remain focused on completing our strategic work around three key growth pillars. First, in PCs, even in a declining overall market, we believe we can regain client compute and discrete graphics share for the year, driven by gaming, VR, commercial, and our most competitive product roadmap in more than a decade.
We have clear opportunities to regain GPU share in 2016 based on the performance per watt of our new GPUs and software leadership. Earlier this quarter at CES, we announced our new Polaris GPU architecture, which we expect to begin shipping in the middle of 2016.

As summer approaches we'll see AMD begin to unveil more information about its upcoming Radeon 400 series graphics products in addition to more detail with regards to the Polaris architecture itself. Some interesting documentation detailing AMD's next generation Polaris architecture and some of the more radical changes that have been implemented in it made its way to our desks recently. Suffice to say, Polaris features significant changes to the GCN architecture, not incremental improvements as was the case with previous iterations.

AMD CEO Lisa Su, confirmed yesterday that Polaris will indeed launch in Q2 - April-May-June - and stated that the exact date will be announced ahead of time. All leaks and whispers that we've come across point towards a June launch. Su's comments certainly lend legitimacy to what we've been hearing. So far we've seen specifications for both of AMD's Polaris graphics chips, Polaris 10 and 11, leak online and even AMD's fabled Vega 10 flagship GPU. So the launch of Polaris is evidently nearing.