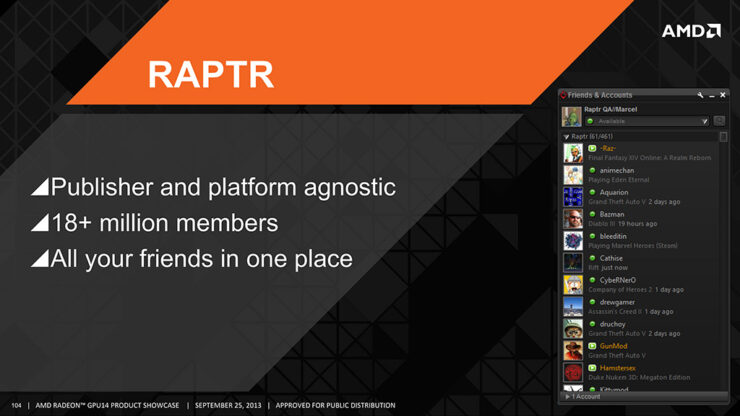 When AMD teamed up with Raptr to create the AMD Gaming Evolved APP.  This was meant to be AMD's counter to NVIDIA's GeForce Experience offering similar features as game optimization made easy and the ability to record gameplay.  It brought other features that were hit or miss among the user base as well, such as reward points for using the app and playing games while the app was running.  The Raptr recording portion was later spun off to Plays.TV in an effort to make the aspect of the app more appealing by offering even more features, except for desktop recording which was always something that irked me.

The app wasn't universally well received but luckily was easy enough to opt out of when installing the lastest Crimson Drivers giving the end user a way to avoid it all together.  But, I've noticed lately that I haven't seen it even show up in the install options dialogue box.  I wrote it off to maybe being reserved for WHQL certified driver package.  It faded out of my thoughts until a fellow gamer asked me if the new Crimson drivers have gotten smaller, and it sparked my curiosity.  I conducted a quick search and found no answer.  So in an effort to clear this up I emailed AMD and this is the official response I got back from them: 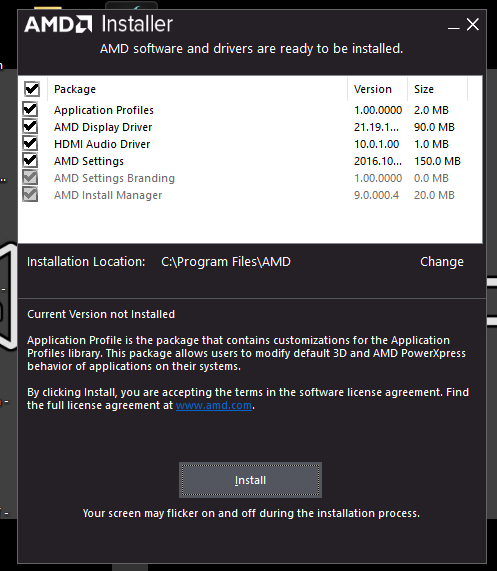 Starting September 12th 2016, AMD is no longer bundling the “AMD Gaming Evolved App” by Raptr with builds of Radeon Software. The application will still work. AMD will cease to undertake any compatibility testing, install support or general technical support for this application, nor will it be available through Radeon Software or its installer. Previous builds of Radeon Software that include the “AMD Gaming Evolved App” dated before September 12th 2016 will remain intact and will not be affected. -AMD

So for those who already knew this is not surprise, but for those who didn't I wanted to share this with you. Now if you're someone who did enjoy the app it is still available on the Raptr site, but it's important to note that AMD will not be conducting any work on their end with support so at this point you're on your own if you want to use it.

Sound off in the comments below and let us what you think of this; Do you think it's a good move? A bad move? Or do you think AMD might be prepping something bigger and better under the Radeon Technologies Group title in the near future?