Alright folks, this one is hot off the mill. Whispers have reached us of AMD planning to announce its fastest Radeon graphics card ever. The fabled dual Fiji "Gemini" board, otherwise known as the R9 Fury X2 in press circles. This VR and 4K gaming behemoth featuring two Fiji GPUs with nearly 18 billion transistors is the company's latest creation and the last ever high-end 28nm graphics board to launch on the desktop before Polaris. AMD's next generation 14nm FinFET graphics architecture powering the company's next generation of Radeon graphics cards coming this summer. 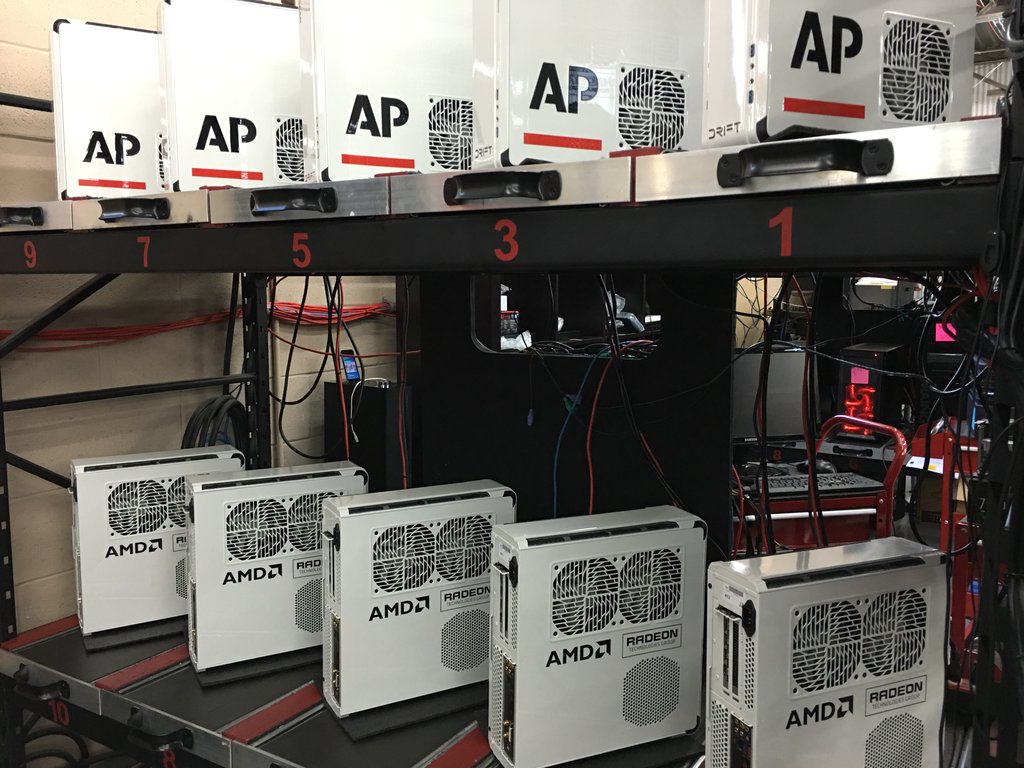 We've already discussed AMD's "Gemini" board at length many times in the past. From its original announcement at E3 last year, to its latest appearance at VRLA inside the console-sized Falcon Northwest Tiki box and the many teases of said box on twitter by Roy Taylor. The Tiki is AMD's idea of the perfect virtual reality and DX12 developer box. Packing the highest performance graphics board in existence with 9 times the compute power of the XBOX ONE inside a form factor that's just as compact.

AMD will be shipping these systems out to developers very soon and they will also be showcased at the company's upcoming red hot "Capsaicin" press event at GDC.  An event that sources close to AMD have indicated will include a "very special" product launch. One that will culminate the company's graphics efforts into the last and most powerful 28nm Radeon product to date. In a sense it will be a celebration and a finale paving the way to Polaris.

Named after the compound that delivers a pepper's spicy kick, "Capsaicin" will explore the inner essence of the graphics processing unit (GPU) and how it powers innovations in gaming and virtual reality. The webcast will feature an inside look at the latest technological advancements affecting the enthusiast and developer communities as they approach the burgeoning virtual reality market.

The launch will include the announcement of the fabled dual Fiji "Gemini" graphics card as well as the launch of several Gemini powered, compact, extreme high-performance systems. Of which the Tiki from Falcon Northwest will only be one. Boutique system builder MAINGEAR is also said to announce similar Gemini powered systems which are even smaller than the XBOX ONE. AMD's "Capsaicin" event will be live-streamed. So if you haven't found reason to tune in before, well... you just have.

Fiji is AMD's largest ever graphics processing unit and the very first in the world to feature 3D structured, 2.5D stacked High Bandwidth Memory, or HBM for short. A standard that AMD and SK Hynix, one of the world's largest memory makers, co-invented. Because vertically stacking dies enables much greater densities and because HBM chip are smaller than GDDR5 chips to begin with there are immense area savings on the printed circuit board of the graphics card as a result. Allowing for the creation of far more compact form factors.

Also unlike GDDR5, HBM is packaged alongside the host processor, in this case the GPU, on a single interposer. The closer proximity to the GPU enables significantly wider memory interfaces and reduces latency. The smaller, shorter connections also enable greater power efficiency. This means that HBM will also require less voltage to operate allowing for even more power savings.

HBM allowed AMD to create significantly smaller and more power efficient graphics cards. Starting with the popular R9 Nano and all the way up to the dual Fiji board inside the Tiki. A consumer version of the dual GPU board was supposed to land sometime late last year, but it was delayed to Late Q1, early Q2 of this year to align it with major VR headset launches according to the company.

Next Chapter Of Radeon - Polaris & The 14nm Revolution

AMD has already demoed the smallest member of the Polaris family. The GPU demonstrated performance and power efficiency results that were by far the most impressive we had seen from one generation of GPUs to the next to date. The company revealed that there will be multiple GPUs based on the Polaris architecture to address the entry level, mid-range and high-end segments of the discrete graphics market.

So far it has unveiled two 14nm FinFET Polaris GPUs, given the names Polaris 11 and Polaris 10. One of which is a very small GPU, estimated to be around the same size as AMD’s Cape Verde which is 123mm² large. The goal for this chip is to deliver console-class gaming performance in thin and light notebooks. This is the GPU that AMD chose to demo at CES. The other member of the Polaris family is a large GPU, described as a successor to the Radeon R9 Fury X.

Raja Koduri, Chief Architect and head of AMD's Radeon Technologies Group, asserted that both Polaris 11 and Polaris 10 are “extremely power efficient”.  He went on to state that these GPUs and the Polaris architecture in general will deliver “our most revolutionary jump in performance so far”. A historical leap that's achieved through the combination of cutting edge 14nm FinFET manufacturing technology and the company's 4th generation Graphics Core Next architecture.

Suffice to say the next generation of Radeon graphics cards are shaping up to be everything that a gamer would ever want. Significantly better performance , a plethora of new features and power efficiency to boot. AMD Polaris graphics cards are set to launch this summer, before the back to school season, for both desktops and gaming notebooks