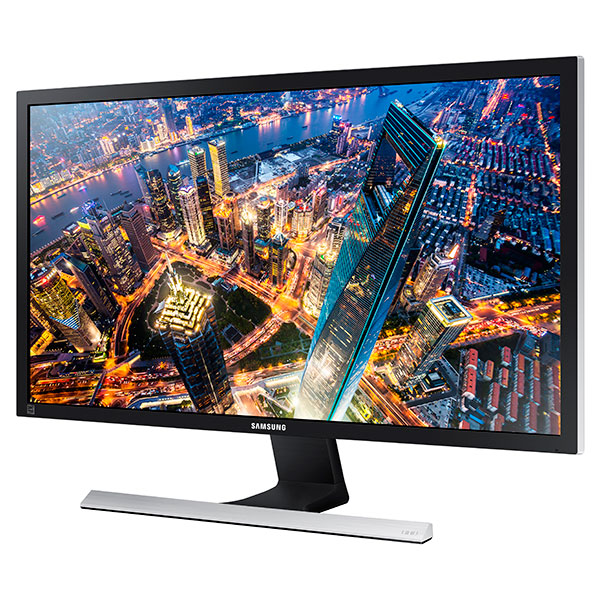 Especially considering that both support AMD's variable refresh rate technology "FreeSync". You can find our in-depth overview of the technology and how it compares to Nvidia's competing G-Sync technology here. Both models also carry MSRPs which are quite affordable. Making them all that much more attractive to PC gamers who are looking to improve their gaming experience with the crispness that UHD delivers.

It's worthy of note however that while these two models share many similarities, including the name, they are in fact very different in one crucial respect. One features a PLS display panel and the other features a TN panel. PLS is Samsung's sister technology to LG's IPS. It offers incredible colors and fantastic viewing angles. TN on the other hand has grown into what is now considered the ugly sister of display panels in the monitor world.

This is primarily due to its sub-par viewing angles and poor color reproduction. TN panels however remained the popular choice for use in gaming monitors by manufacturers for the longest time. This is due to their fast response times and higher refresh rates. Although as competing PLS and IPS panels have evolved and faster versions were created, they quickly began to challenge TN's dominance in the gaming monitor market. Today you can find high resolution - 2560x1440 - gaming monitors with quick response times and refresh rates as high as 144Hz. And is it happens, relatively fast 60Hz PLS UHD monitors as well. Such as Samsung's U24E590D.

Unfortunately Samsung has not disclosed the variable refresh rate range for either model. We'd expect something in the lines of 40-60Hz.  It's not just Samsung however that doesn't list this crucial piece of information for its FreeSync enabled monitors. Almost all other manufacturers neglect to make mention of it. Hopefully these companies will grow to learn that this is a vitally important spec for gamers and start to pay much closer attention to it.

Looking at the U24E590D's specs, at $399 I can't imagine any better or even equal UHD monitor especially for gaming. The 4ms response time is quite excellent for a PLS type panel, as often similar PLS and IPS panels are rated at a much more conservative 8ms.
Samsung has announced that the larger TN based U28E590D monitor should be available on store shelves and at online retailers in the few upcoming days for $599. However you'll have to wait until July 24 to pick up a U24E590D. If you're looking for a FreeSync enabled UHD gaming monitor this one is going to be well worth the wait.