Update: Specifications of the AMD FirePro W8100 have been confirmed by Computerbase.de who were able to get a screen grab of them from the AMD's Computex booth. According to them, the FirePro W8100 will be featuring Hawaii GL40 Pro graphics chip with 2560 stream processors, 8 GB GDDR5 memory, 917 MHz core and 1250 MHz (5 GHz effective) memory clock churning out 320.0 GB/s bandwidth.

AMD's professional FirePro W8100 made an appearance at Computex 2014 prior to its launch next month. The card was spotted by VR-Zone running in the Dell T7600 Workstation computer at AMD's booth and technical specifications of the card have also been detailed. 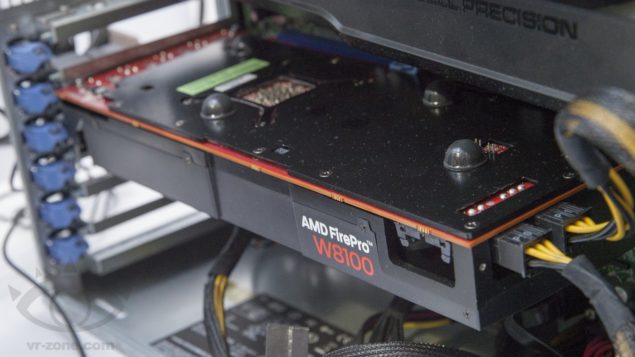 A few months ago, AMD launched their high-performance FirePro W9100 professional graphics card featuring the Hawaii XT core and 16 GB of GDDR5 memory. The FirePro W9100 replaced its Tahiti XT predecessor, the FirePro W9000. The upcoming FirePro W8100 which is allegedly based on the Hawaii Pro graphics chip would replace the Tahiti Pro based AMD FIrePro W8000 graphics card. The FirePro W8100 would be priced similar to the introductory cost of the W8000 around $1599 US and would feature the compute enhancements of AMD GCN core architecture.

VR-Zone, who spotted the FirePro W8100 reports that the card is based on the Hawaii Pro GPU architecture which would mean it features 2560 stream processors along with an 8 GB GDDR5 memory. The core clock is maintained at 824 MHz which results in 4.2 TFlops Single Precision and 2.1 TFlops Double Precision compute performance compared to 5.24 Tera Flops of Single-Precision and 2.67 TFlops of Double-Precision performance delivering on the FirePro W9100. The FirePro W9100 also costs a lot more than what the W8100 would cost around $4000 US but comes with the fully enabled Hawaii XT architecture packing 2816 Stream processors, 176 TMUs and 64 ROPs. With 1/2 FP64 rate the card churns out impressive compute performance which enables content creators and professionals to harness the full power of the Hawaii chip.

Now here's the interesting part, it was shown in a leaked Catalyst file that AMD's upcoming Tonga GPU which is said to be highly efficient and soon replacing the Tahiti graphics processing unit would actually be featured in the AMD's FirePro W8100 graphics card. Videocardz has some details regarding this and they firmly believe that the FirePro W8100 would indeed end up with a Tonga GPU which in the case would deliver not as much performance as the Hawaii GPU but overall better performance than the W8000. Since Tonga GPU comes with 32 Compute Units that include 2048 Stream processors, the card would deliver 3.37 TFlops of single prevision performance. The card was leaked by accident so AMD just won't tell us the specifications yet and it remains to be seen if AMD would go with Hawaii or Tonga GPU for their FirePro W8100 graphics card. The former seems like a better choice at the same price as last generation since it offers more performance.

The design of the card is similar to the FirePro W9100 featuring a dual slot heatsink with a backplate that hides the red PCB. Power is delivering through dual 8-Pin connectors while display outputs include four standard Display Port 1.2 ports. The card would be aimed against the NVIDIA's Quadro K5000 which is the main opponent at the same price range. 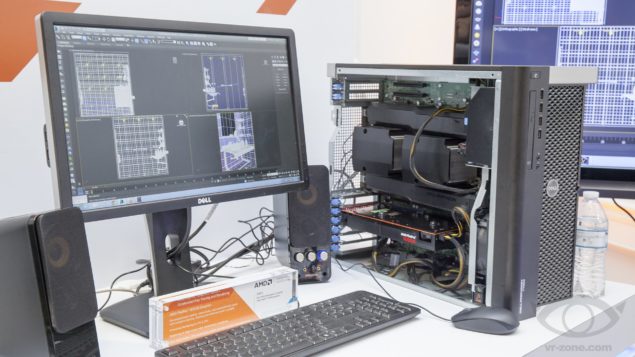 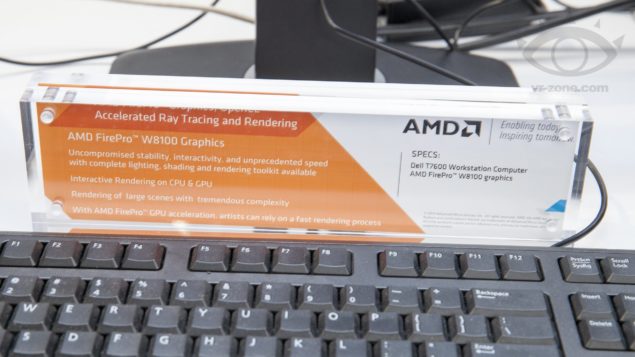 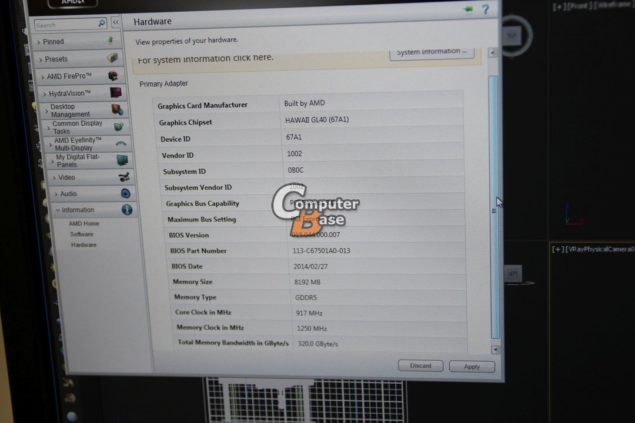