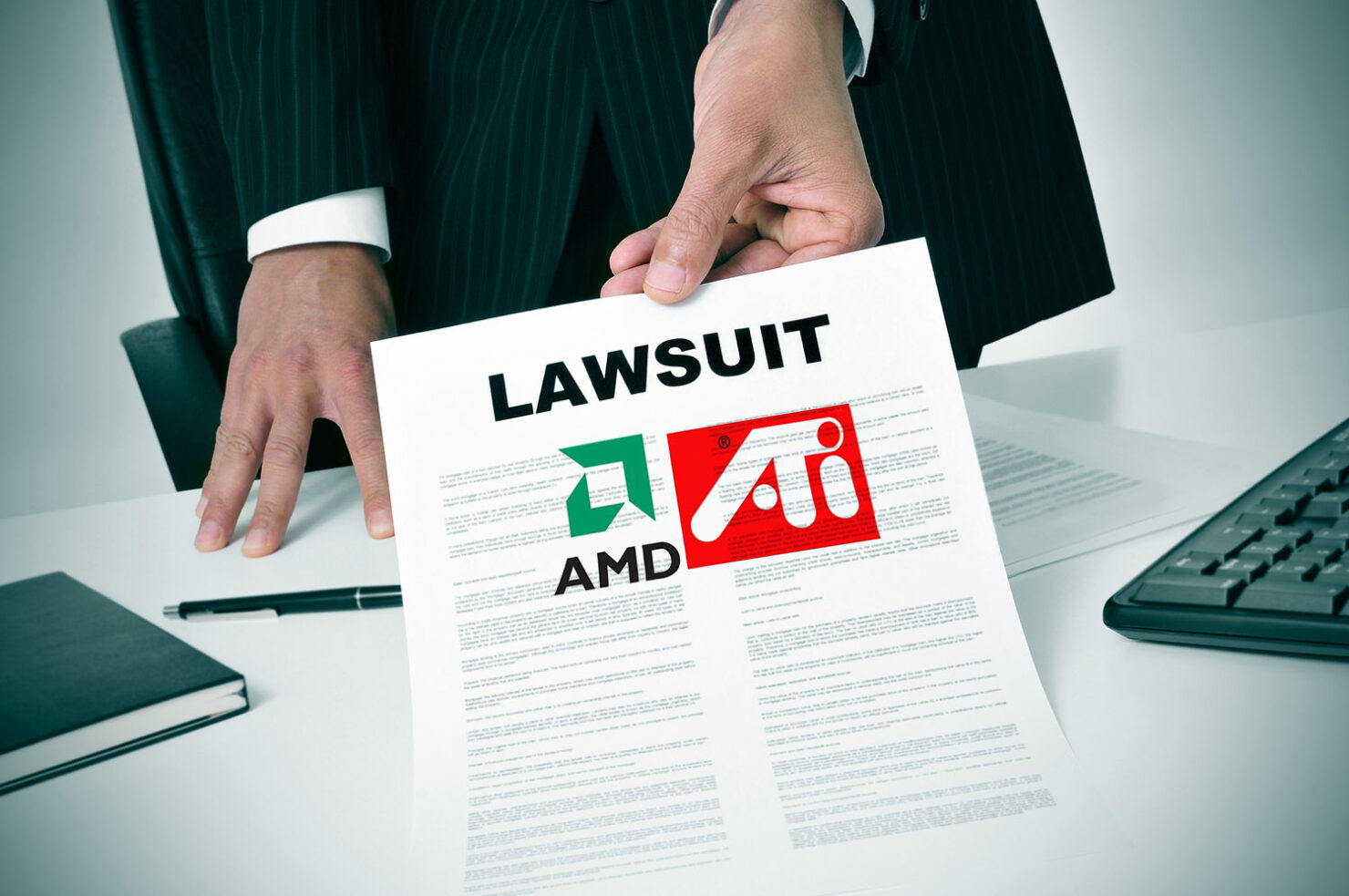 It would appear that it is AMD's turn to try its luck with a massive patent lawsuit against companies for violating its GPU patents. This is something that we have already seen NVIDIA do with its claims of inventing the modern GPU. AMD is now making more or less the same claim against chips used by LG, Vizio, MediaTek and more. Considering the fact that both AMD and NVIDIA have a cross licensing agreement, other companies are the only ones they can actually hunt down for easy cash (with the major exception of Intel).

To be more precise, AMD is using patents that entered its intellectual property back when it acquired ATI. Two of the patent infringements filed belong to ATI (prior to acquisition) and only one patent comes directly from AMD. These three patents detail a plethora of GPU related technologies such as GPU architecture, unified shaders and parallel pipeline graphics - all of which are allegedly infringed upon by the aforementioned companies.

AMD has filed a legal complaint with the US International Trade Commission (ITC) against MediaTek, LG, Sigma Designs and Vizio accusing them of infringing three of its graphics processing patents. The allegedly infringing products are MediaTek's Helio P10 SoC used by LG in certain smartphone models, and Sigma's SX7 SoC adopted in Vizio's advanced TVs.

Here is the interesting part however, all of these companies, namely LG, Vizio, MediaTek and Sigma Designs license their GPU tech from ARM and Imagination - none of which are mentioned on the lawsuit. Going for the customers of a design house is something that we have already seen before in the NVIDIA lawsuit, when it went for Samsung's alleged use of its technologies. The rationale behind it is that it is usually much easier to target the products of an Intellectual Property infringement than the actual IP itself - a shortcoming of the US legal system.

The company doesn't have a lot of cash to spare unlike NVIDIA, so it needs to maximize its chances of winning the case, and has therefore decided to go after the products themselves. It requested the US International Trade Commission to look into the matter. As part of its complaint, AMD has also pointed out that companies like Samsung and GlobalFoundries have licensed the IPs mentioned earlier for its own products.

MediaTek has also sued a company filing through the Taiwan Stock Exchange (TSE) responding to allegations by AMD of infringing its graphics processing patents. MediaTek said the case has entered judicial processes in the US. It added that based on the currently available information, "this litigation matter has not had any material impact on the company's operations". This is of course a premature statement that implies the company is confident it will win the lawsuit, because if it loses the case, it could be facing a temporary ban on the use of its products or rather a fairly large chunk of cash as settlement.