AMD will be discussing their new open-source initiative, GPUOpen, during the Game Developers Conference (GDC) 2016 in March. 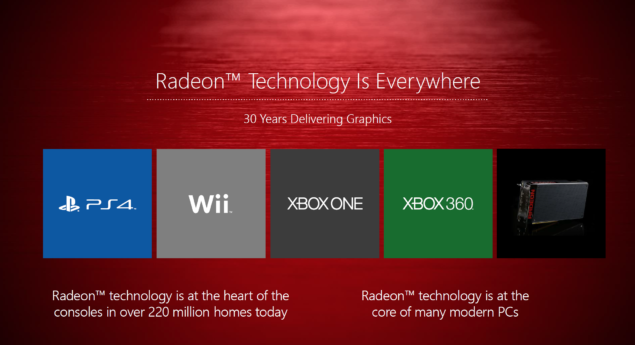 During a sponsored programming session at the event in San Francisco this year, AMD’s senior manager, Nicolas Thibieroz, and developer technology engineer, Jason Stewart, will be talking about the company’s recently launched open-source initiative.

GPUOpen to bridge the gap between console and pc game development

According AMD, GPUOpen “marks the beginning of a new era where developers are able to achieve their artistic and technical vision via open and unrestricted access to the GPU”. The new tech will be bridging the gap between PC and console game development.

GPUOpen is a new philosophy spearheaded by AMD that aims to bridge the gap between console and PC game development by allowing optimal access to the GPU for developers. GPUOpen is a portal to effects, SDKs, libraries and tools that provides various levels of GPU access and functionalities for real-time graphics and content creation. In addition GPUOpen components are provided with an open source license to give developers full control and usage of the code they choose to use. GPUOpen marks the beginning of a new era where developers are able to achieve their artistic and technical vision via open and unrestricted access to the GPU.

GPUOpen was officially launched last week, as one of the biggest open source initiatives.

A critical design goal was to have GPUOpen created by developers, for developers, keeping marketing elements to a minimum. The creation of the Radeon Technology Group led by Raja Koduri was key in turning GPUOpen into a reality and I am very excited that this project is now being launched.

Today is the birth of GPUOpen and like any newborn it has some growing to do. As we add new content over the next few months we will be listening to developers feedback and respond as needed.

It’s time to open up the GPU.

GPUOpen is AMD’s answer to Nvidia’s Gameworks, which is a developer program set- to provide game developers with a collection of graphics libraries and tools aimed at improving the visual quality of games. It includes technologies such as PhysX – Nvidia’s proprietary physics engine – as well as VisualFX which encompasses a number of Nvidia optimized rendering techniques and in-game visual effects. For a full rundown on GPUOpen and Gameworks, we suggest you read this article.