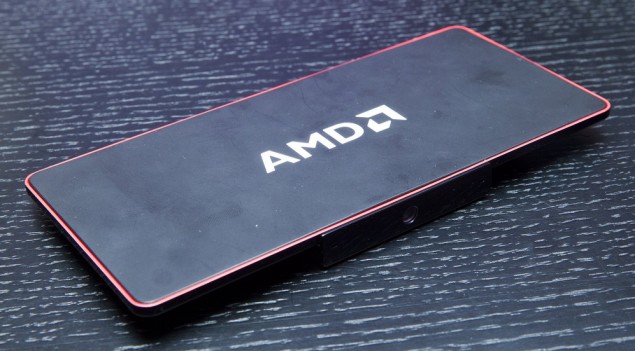 Mullins lies one step lower in AMD's Power Hierarchy than Beema, so correspondingly its power draw and graphical power output is slightly less. The Mullins SoC has been made from the 28nm Fabrication process if you dont already know that.

The form factor is pretty aesthetic too, and looks somewhat like the Kinect Devices of Xbox. Its worth noting here that the game demoed had pretty simple graphic requirements. But that is to be expected with any low powered SoC. So all in all, if the price is right this could be a device worth buying for the Hardcore PC Enthusiasts out there who haven't bought real consoles. This is not comparable with Steam Machines because this isn't meant to replace your PC as the main gaming device.

#AMD's Project Discovery aims to turn your TV into a console. So many devices want to do that nowadays it seems. http://t.co/6qvYkXT9EY