AMD's senior vice president Dr. Lisa Su, demonstrated their fourth generation Kaveri APU at Computex 2013. The next generation APU platform has been confirmed for launch in Q4 2013 and samples are already being sent out to consumers for initial testing phase after which mass production would start in Q3 2013 and retail availability of the desktop parts in Q4 2013.

AMD's Kaveri APU platform would be the chip maker's fourth generation of accelerated processing units which would feature the latest 28nm Steamroller core architecture that would be the first major architectural uplift in recent years over the Bulldozer and its refined successor "Piledriver". Both Bulldozer and Piledriver came with up to 8 core SKUs but due to lackluster performance against Intel's offerings failed to gain a huge market.

With Steamroller, AMD plans to step in the 28nm process design coupled with greater parallelism and around 15-20% IPC improvement over currently available CPU architecture by AMD. The CPU side looks great on Kaveri APU and so does the GPU side which would incorporate the Graphics core next architecture or simply GCN. AMD GCN architecture is currently available on discrete graphics solutions and the recently launched Temash and Kabini APUs. With Kaveri, AMD's top to bottom platform lineup would feature their GCN core architecture which would deliver faster and improved performance over the much older VLIW4 architecture that has currently been reused on the Richland APUs that were launched at the event. 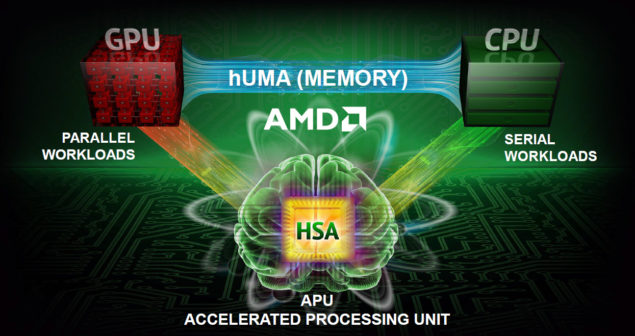 AMD demonstrated their Kaveri APU which is labelled as a 1 TFlops + APU by the Corporate Vice president of AMD "John Taylor" in Capcom's Devil May Cry in which the APU delivering lag free gaming performance and is just a demonstration of the performance that's about to come with their fourth generation APU. AMD also showcased their next generation Ruby Techdemo on their HD 7990 GPU. The new demo is built using the CryEngine 3 from Crytek and makes use of AMD's TressFX technology which made its debut with Tomb Raider. The tech demo video and the slides can be seen below: 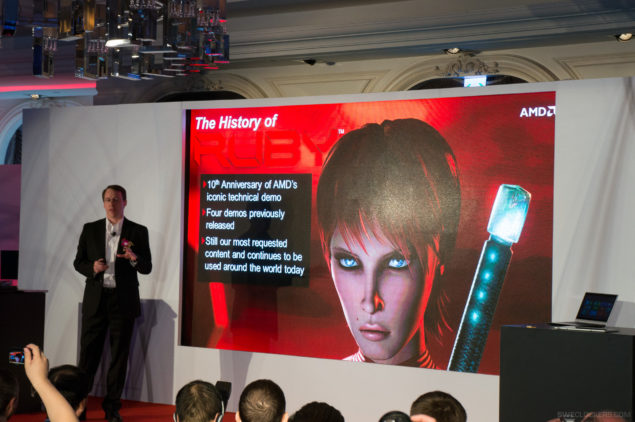 Images are courtesy of Sweclockers! 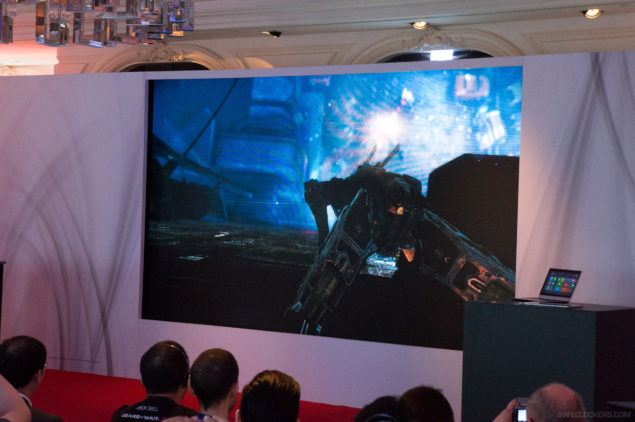 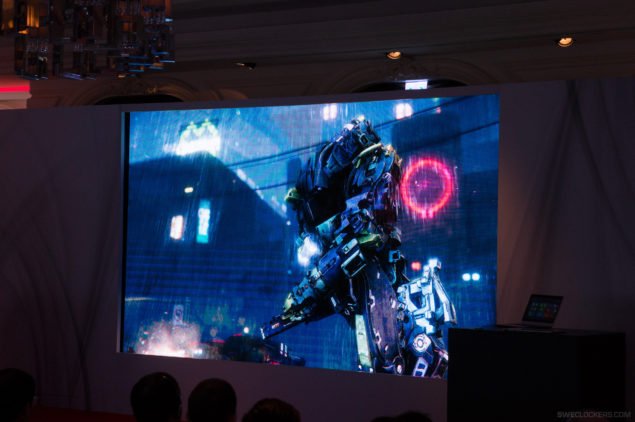 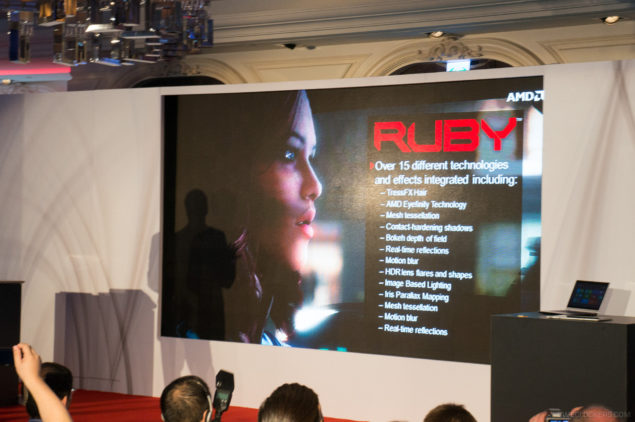