Update 10/11/2015: AMD has just officially replied to the allegations and stated the following: "We believe our marketing accurately reflects the capabilities of the “Bulldozer” architecture which, when implemented in an 8 core AMD FX processor is capable of running 8 instructions concurrently."

It would seem like AMD cant get a break, because it is now facing a class-action lawsuit for misrepresentation of the core count of Bulldozer family of processors (via LegalNewsline). The grieved party in this case is one Tony Dickey, who claims that the processor is actually on par with a true quad core and is therefore a violation of trust by AMD and clear misleading marketing. 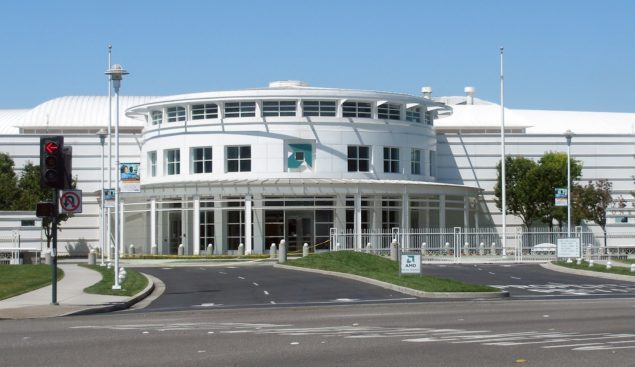 A picture of AMD's headquarters in Sunnyvale. @AMD Public Domain

A little more on the lawsuit. It was filed on Oct. 26 in the U.S. District Court, Northern District of California, San Jose Division versus Advanced Micro Devices, Inc. (AMD) for allegedly violating of the Consumer Legal Remedies Act, California’s Unfair Competition Law, false advertising, fraud, breach of express warrant, negligent misrepresentation and unjust enrichment. The plaintiff is suing for damages, including statutory and punitive damages, litigation expenses, pre- and post-judgment interest, as well as other injunctive and declaratory relief as is deemed reasonable. He is represented by Samuel M. Lasser from Edelson PC in San Francisco, California; and Rafey S. Balabanian, Alexander T.H. Nguyen and Amir C. Missaghi from Edelson PC in Chicago, Illinois. 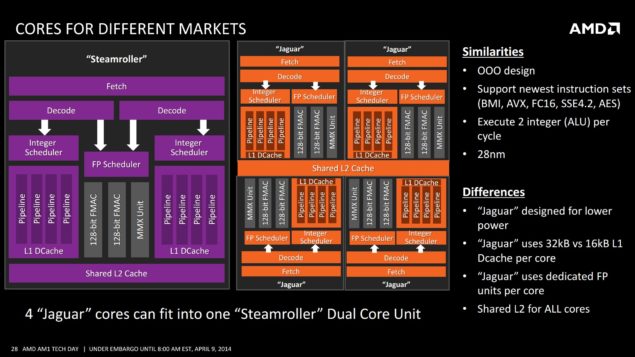 A slide showcasing the differences between Jaguar and Bulldozer processors. The 1 FPU per 2 Core versus 1 FPU per 1 Core layout is apparent here.

Here is the thing about the Bulldozer family. The Bulldozer processor from AMD consists of 4 'Modules' - every module consists of 2 integer cores and 1 floating point core. So basically, the bulldozer module would perform equal to a dual core in integer operations and a single core n floating point operations. Furthermore, much of the resources are shared by the three cores present inside a module. In contrast, a typical core would have one integer core and one floating point core with shared resources. The question than becomes whether it is legal to call AMD's bulldozer processors octa cores or not - and that is what the judge will rule on in this case. Since this is a very wide focus class action lawsuit, the damages would be pretty significant and can cause serious financial hardships for AMD - a company already in considerable financial duress.

The lawsuit pivots on the fact that AMD's bulldozer processors do not perform (in all situations) on par with a comparable 'normal' 8 core and the decision would hinge around whether or not AMD is able to prove that its Bulldozer processor performs just as well as an eight core. Unfortunately there are benchmarks which show AMD's Phenom series Phenom II X6 beating the newer bulldozer processor at specific clocks, not to mention that there had been considerable controversy on some unexpected scores of the Bulldozer processor, but then again there are benchmarks which show it performing pretty well in some instances. Ofcourse, none of this is known to a laymen - and that is exactly what Tony Dickey argues - that the required technical expertise to distinguish the inability of AMD's shared-core design is not available to the general public. In which case, AMD has (allegedly) indulged in false advertisement and deliberately misleading consumers. There is no word on a hearing date yet - but we will keep you posted, so stay tuned.