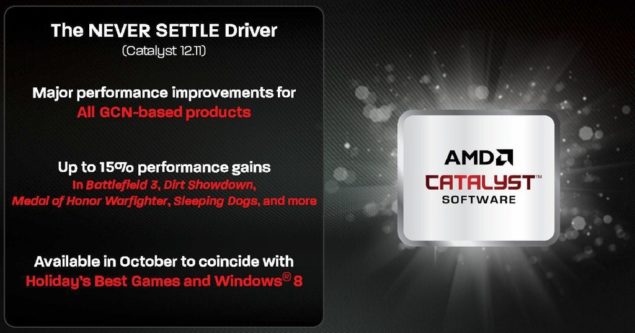 AMD, today announced the AMD Catalyst 12.11 "Never Settle" driver update for its Radeon HD 7000 Series cards which would bring substantial improvement in gaming performance and stability of the graphic cards.

Over NVIDIA, AMD's new Catalyst would deliver a massive boost for instance the Radeon HD 7970 GHz edition would get upto 20% performance improvement over GeForce GTX 680 and around 15-10% improvement of other cards over their NVIDIA competitors.

AMD has also announced a special game bundle package, with each purchase of a Radeon HD 7000 series graphics card you get the so called "Never Settle" Game Bundle which packs:

These titles are pretty much what every gamer is currently focusing on for the fall season and garbing an AMD card which gets you these great titles for free doesn't seem like a bad deal at all. We will update this post with the AMD Catalyst 12.11 Driver link once its available. 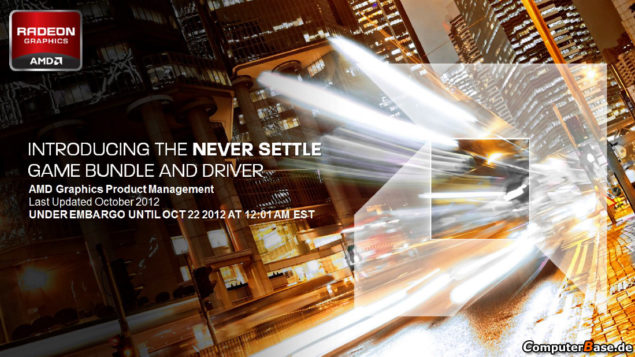 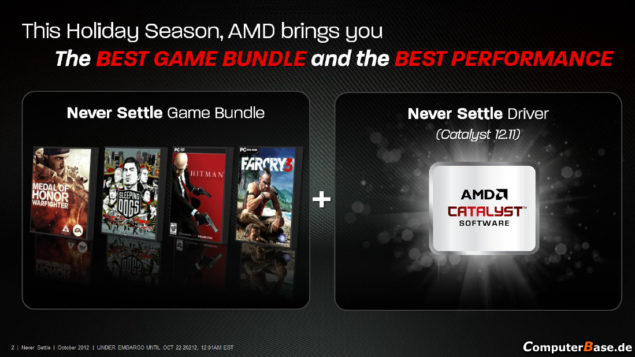 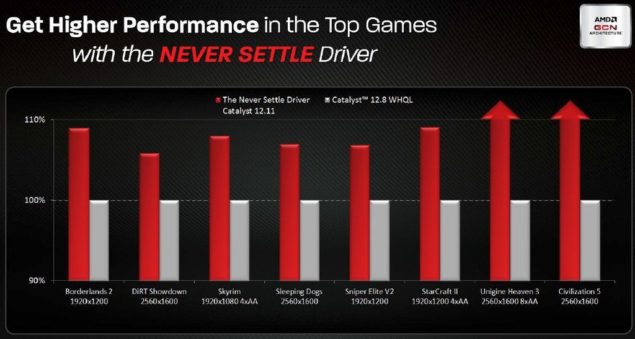 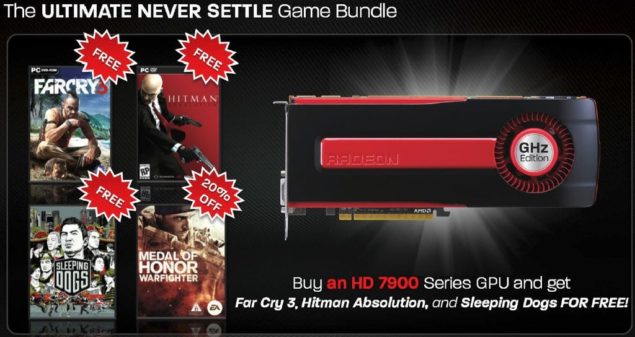