A clock-to-clock comparison of AMD's Upcoming Bulldozer FX-8150 versus the Phenom II X6 1100T Processors has been posted over at OBR Blog. The Zambezi and Phenom based processors were overclocked to 4.2Ghz for a fair benchmarking session since both come at Different Stock frequencies.

The FX-8150 as we've been detailing in our earlier posts is an Eight Core Bulldozer CPU with 3.6Ghz Stock and 4.2Ghz Turbo Frequency coupled with an 8Mb L3 Cache. The CPU is also been available for pre-orders on online stores for 266.26$ as reported here. The Bulldozer CPU used here falls under the B2 revision which fixes the performance bug noticed in the earlier revisions. 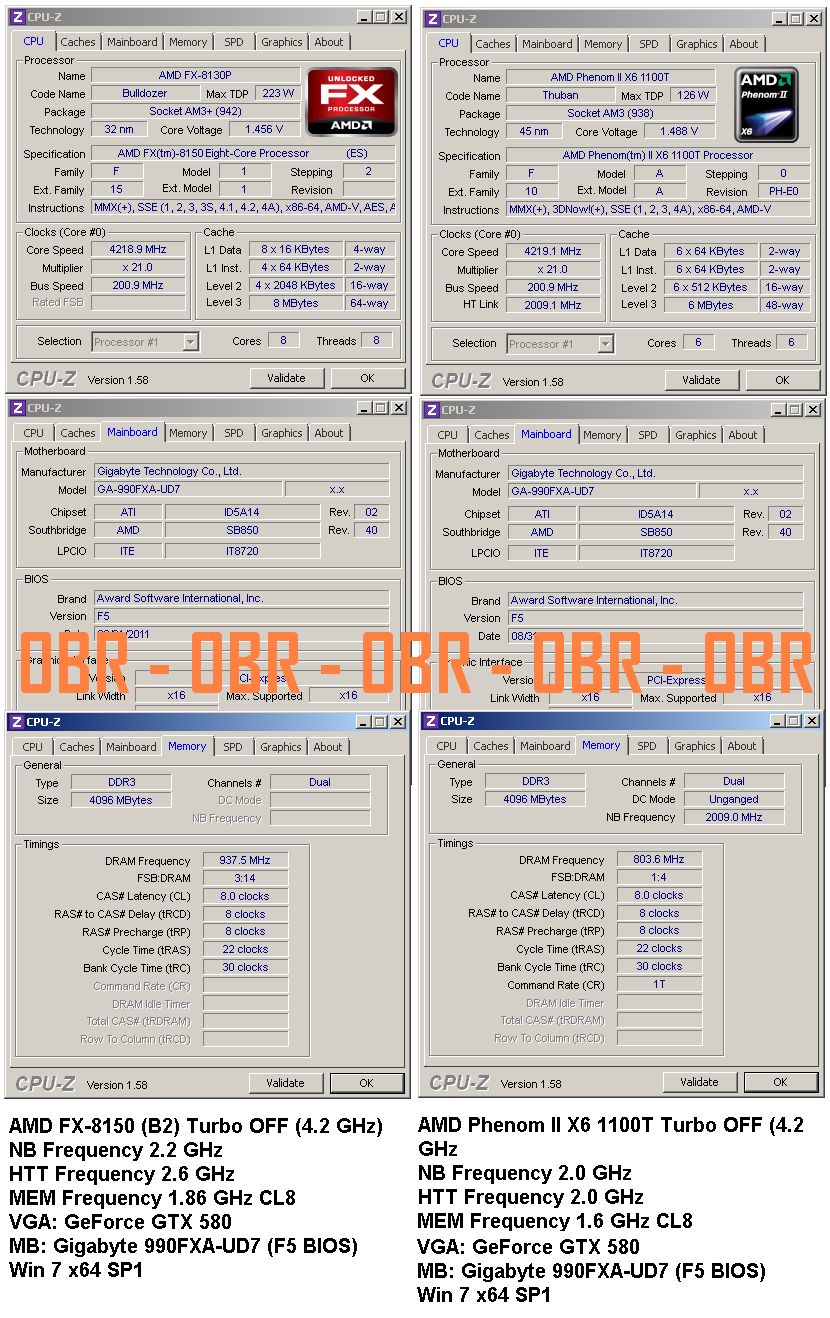 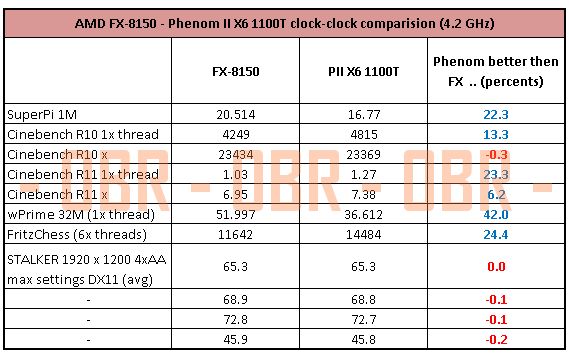 The benchmark shows that while Bulldozer FX-8150 is faster then Phenom at Stock Clock Speeds, The Performance Per Core is around 20% Slower when it was compared in Single Threaded Benchmarks. While in the MultiThreaded applications such as games, Bulldozer shines!

The FX-8150 also broke a Guinness World Record a few days ago by breaking the 8Ghz (8.429Ghz) Frequency Record. Details on that here. 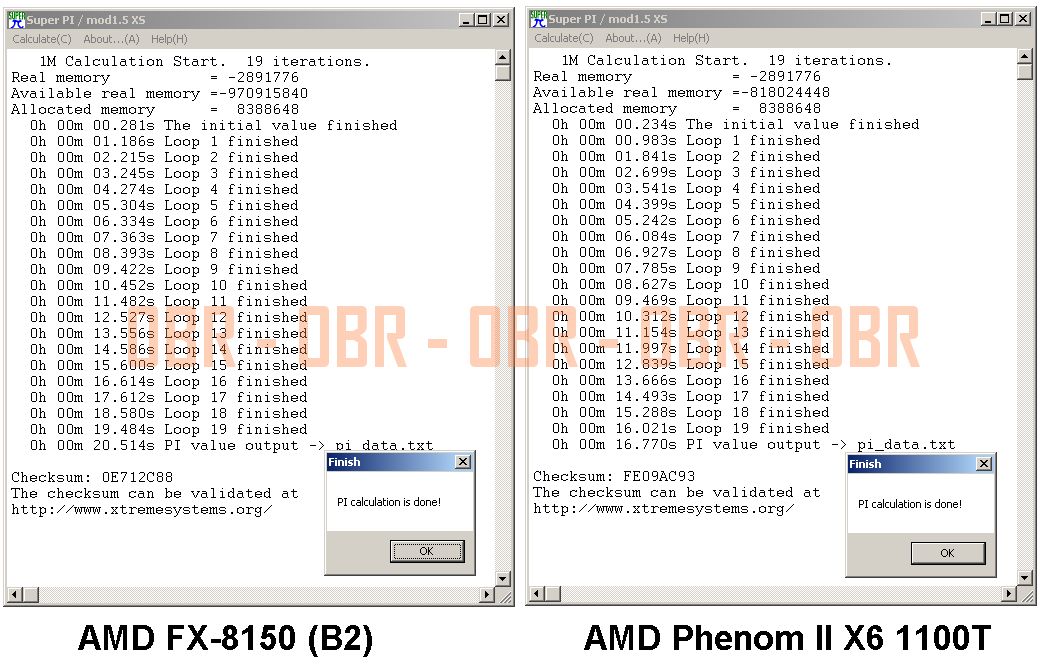 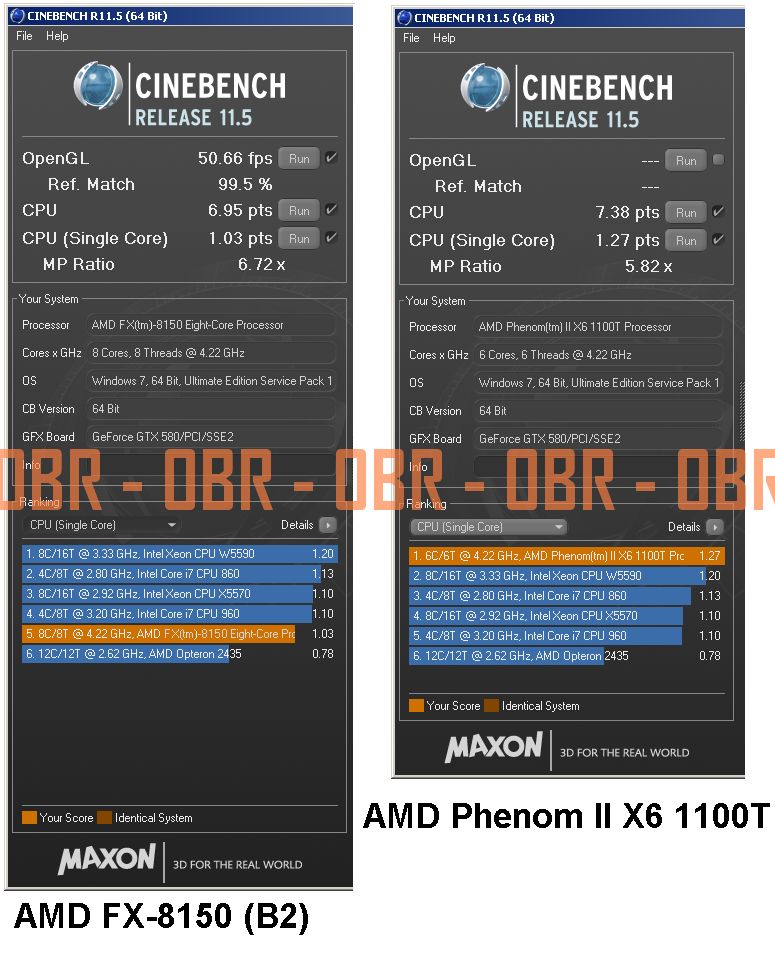 ASRock Releases the 990FX Extreme9 Motherboard For AM3+ Processors