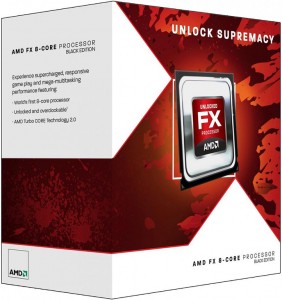 A Singapore Hardware Site is selling two AMD Bulldozer 8 Core Processors. The CPU's include a FX-8130P and FX-8110 Zambezi-FX based chip which come with 8 Cores and 8 Threads Each.

However, Bulldozer is only available yet in the form of B1 revision Engineering Samples so clocks might be a bit lower than what i mentioned above. Overclocking may also be limited due to locked multipliers. The final clocks would be seen in the B2 revision of the processors which will arrive in Q3 2011. Check out source for more info on prices.