Benchmarks of AMD's Upcoming FX-8120 Processor have been posted by a user over at Coolaler Forums. The Zambezi-FX chip is an B2 Engineering Sample which is supported on the AM3+ Socket Motherboards featuring AMD's 990FX/SB950 Chipset.

The Benchmarks were done at Stock Speed and also 4GHz Frequency with varying NorthBridge CPU frequencies. The most interesting part is the CineBench R11.5 result where the CPU scored a max of 6.39 Points at its max 4GHz Frequency compared to the 6.95 Points of the FX-8150P running at its 4.2Ghz Turbo Core Frequency in the benchmark's from OBR's post over here.  Following are full results:

Head over to the Source for more Benchmark goodness! 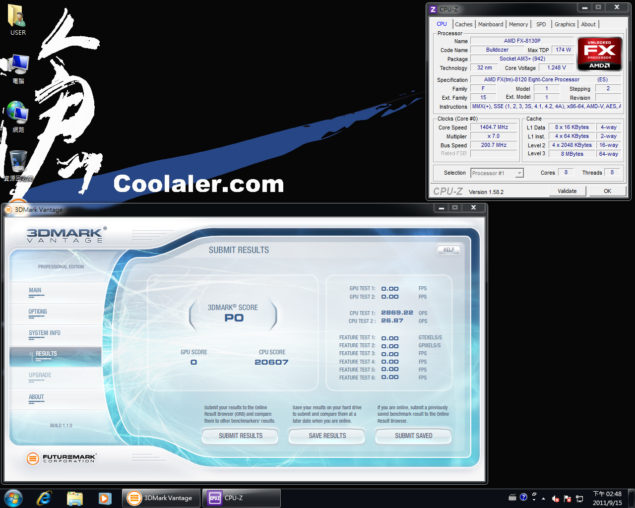 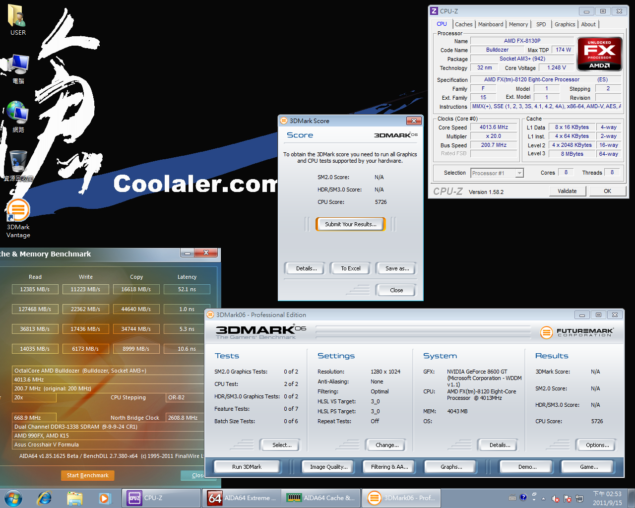 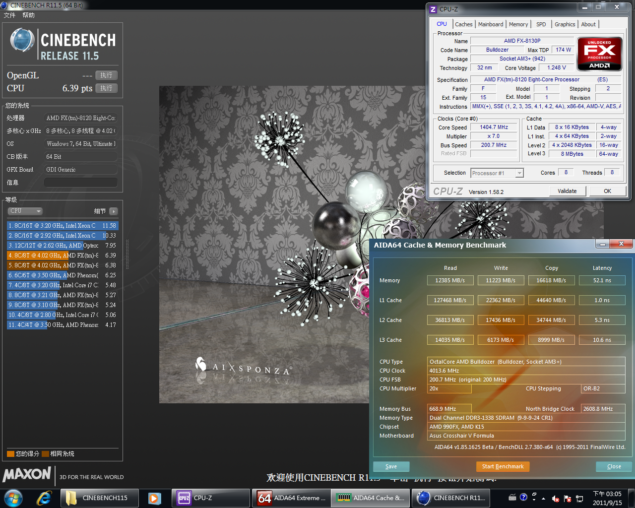 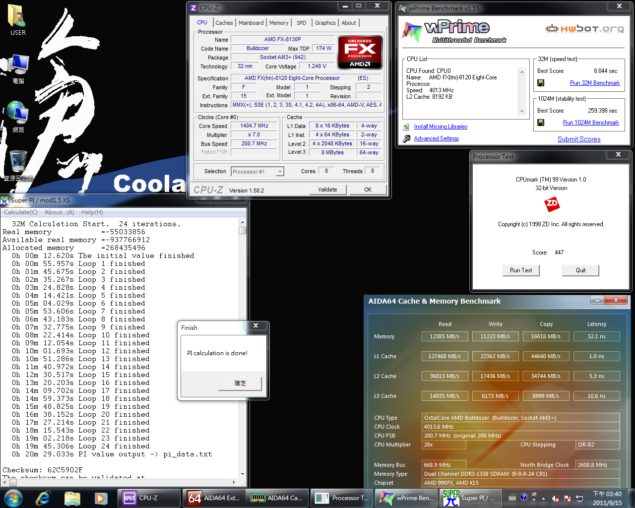