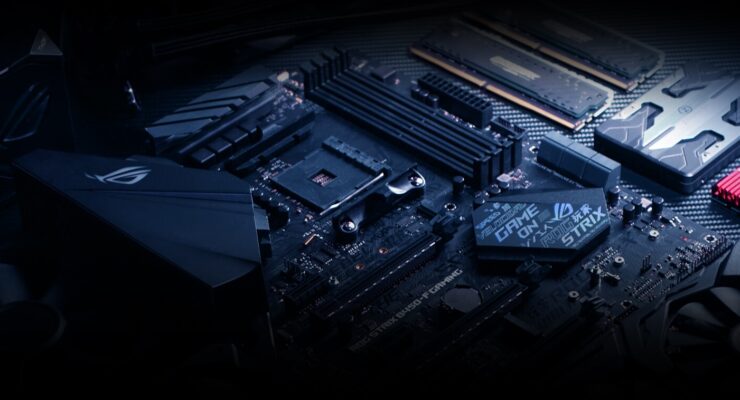 AMD's board partners have yet to release a cost-effective line of motherboards for the Ryzen 3000 CPU family. Currently, the vast majority of AMD Ryzen 3000 PC builders either consider upgrading to the new but expensive X570 motherboards or stick with their older AM4 socket motherboards while losing a small list of features that are only available on the new chipset. However, AMD will soon be unveiling its new B550 chipset based motherboards for mainstream and budget users that will definitely lead them to upgrade older PCs consider the value and performance proposition that the Ryzen 3000 platform as a whole has to offer.

Earlier this year, it was reported that AMD would commence mass production of its B550 and A520 chipsets in Q1 2020. We got to see revised B550A motherboards specifically developed for the OEM market but they are closer to the B450 chipset in design, offering limited PCIe Gen 4.0 capabilities compared to what B550 will offer.

With X570, we got to see most of the feature set being expanded on the I/O front considering that Ryzen 3000 CPUs split I/O capabilities on two separate dies, the on-chip IOD and the X570 chipset itself. While X470 allowed support for advanced precision boost and XFR technologies, this was a key missing factor for X570 with the new features being support for PCIe Gen 4.0 and the huge list of I/O functionality. There was fine-tuning on the BIOS side for each X570 motherboard, offering somewhat better support for Ryzen 3000 CPUs and higher-speed memory DIMMs but it wasn't a major shift as X470 was to X370. With that said, motherboard vendors still managed to offer lots of reasons to get an X570 motherboard, offering high-end variants with powerful VRMs and the afore-mentioned I/O functionalities.

The AMD B550 motherboards are expected to continue support for better I/O and come at lower prices than the existing X570 options. According to our sources, AMD plans to introduce its B550 motherboards on 21st May but you won't be expecting a retail launch until the 16th of June which is almost a month apart from the announcement.

We did get to see an early B550 motherboard from a Chinese vendor with a nice array of ports and slots for expandability. The AMD B550 chipset motherboards would fall somewhere between $80 to $150 US considering that the cheapest X570 options are available for around $150 US. The AMD X470 motherboards still carry good support for Ryzen 3000 CPUs and start for around $120-$130 US if you can still find them in the retail channel. B450 chipset based motherboards can be found pretty cheap for around $60-$80 US.

Featuring the AM4 socket, AMD's B550 motherboards would be ready for next-gen Ryzen 4000 APUs and Ryzen 4000 desktop CPUs as confirmed yesterday. The B550 and A520 chipsets would make a good combo with the upcoming 3rd Gen Ryzen 3 quad-core CPUs which would fall in the same price category and make for a pretty awesome budget PC build.