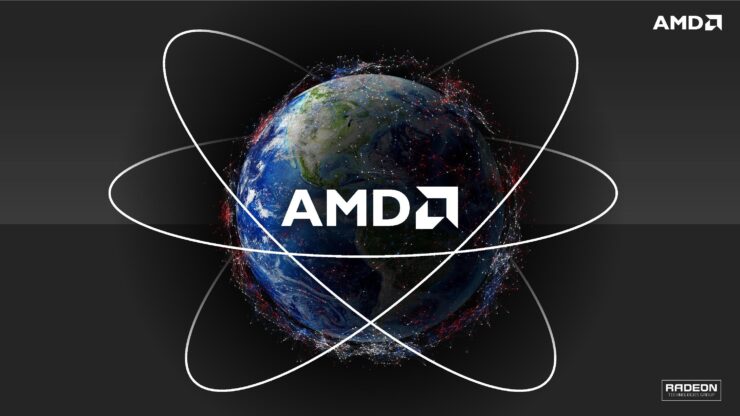 Radeon drivers have come a really long way from the mess they once used to be. There was a time when the company was known for its bad drivers; fast forward a few years, and we can now safely say the opposite. With the recent RTG philosophy trickling down to grass root levels we have seen AMD (NASDAQ: AMD) software reach a whole new dimension of polish and artisan-like characteristics in terms of the GUI and interface design. In what appears to be an attempt to take it to an even higher level, AMD has acquired HiAlgo, a software house which will synergize with its existing RTG philosophy and work on the software side of things.

Not much is known about what AMD plans to do in the long run but this is very clearly a statement of fact that the company is taking software very seriously. We also, at this point in time, do not know the exact details of the deal and how much the company paid to acquire HiAlgo. It has recently launched the WattMan app and the crimson drivers speak for themselves. AMD is aiming to not only be an independent hardware vendor (IHV) but also a software house that will compliment its Radeon brand with software features exclusive for its customers.

“Software is an integral part of advancing the science of graphics, enabling us to best harness the silicon of the GPU to
maximize performance and deliver outstanding experiences in games and applications,” said Raja Koduri, senior vice president and chief architect, Radeon Technologies Group, AMD. “HiAlgo embodies our spirit of passion, persistence and play by delivering a number of creative approaches to software that improve gamers’ experiences, and helps future-proof1 the GPU.”

Radeon Software enables the ultimate in performance, features and stability of Radeon™ graphics to ensure an exceptional user experience. Today, launching alongside the Radeon™ RX 480 graphics card are nine new features of Radeon Software Crimson Edition designed to give users more control over their computing experience, including multi-GPU, display, and power efficiency settings, and a redefined overclocking tool in Radeon WattMan.2

AMD (NASDAQ: AMD) has been pretty active in the corporate side of things lately, this acquisition comes just a few months after their they announced their joint venture with the Chinese company THATIC (Tianjin Haiguang Advanced Technology Investment Co., Ltd.) which shows that the company is making several attempts to broaden its portfolio and turn the company around once and for all. AMD licensed high-performance processor and SoC technology to a newly-created JV it has formed with THATIC (Tianjin Haiguang Advanced Technology Investment Co., Ltd.) to develop SoCs tailored to the Chinese server market that will complement AMD’s own offerings. The $293 million licensing agreement is a meaningful step in AMD’s IP monetization strategy intended to accelerate the Company’s growth and better monetize its valuable assets.

“Our new licensing agreement is a great example of leveraging our strong IP portfolio to accelerate the adoption of our technologies more broadly,” said Dr. Su. “The joint venture with THATIC provides AMD with a differentiated approach to help gain share in the fastest growing region of the server market.”

One caveat in this is the fact that payments will be dependent on certain milestones being achieved. Things have started to look good for AMD (NASDAQ: AMD) this year and the stock price has reflected this in the past few months. The introduction of Zen will however, be the first test the company must pass. Everything depends on the good reception of Zen, the silicon valley giant has too much invested in it for it not to succeed. Of course, AMD is currently under a mountain of debt (total debt at the end of the quarter was over $2 billion, flat from the prior quarter) with a hefty chunk of that due in 2019 as you can see below so it still has a long way to go before it is out of treacherous waters. 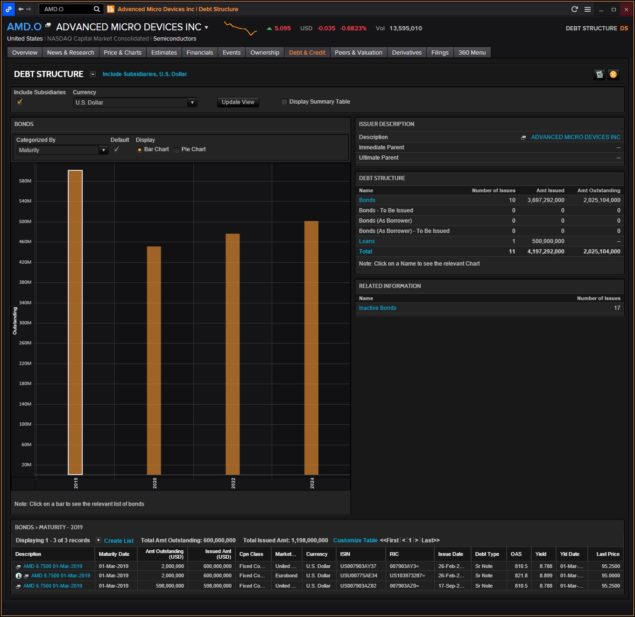 AMD recently released the RX 480 as well and while that wasn't able to offer any competition to FinFET products from Nvidia it was supposed to target a new price point for mainstream gaming. Interestingly however, Nividia has decided to push forward their GTX 1060 GPU which will compete directly with the RX 480 in its category - competing for the price point that was supposed to be AMD's jewel in the crown. Another thorn in an otherwise perfect launch is allegations of the RX 480 failing to meet PCI-E specifications. We will be covering this particular incident in a separate post later today.