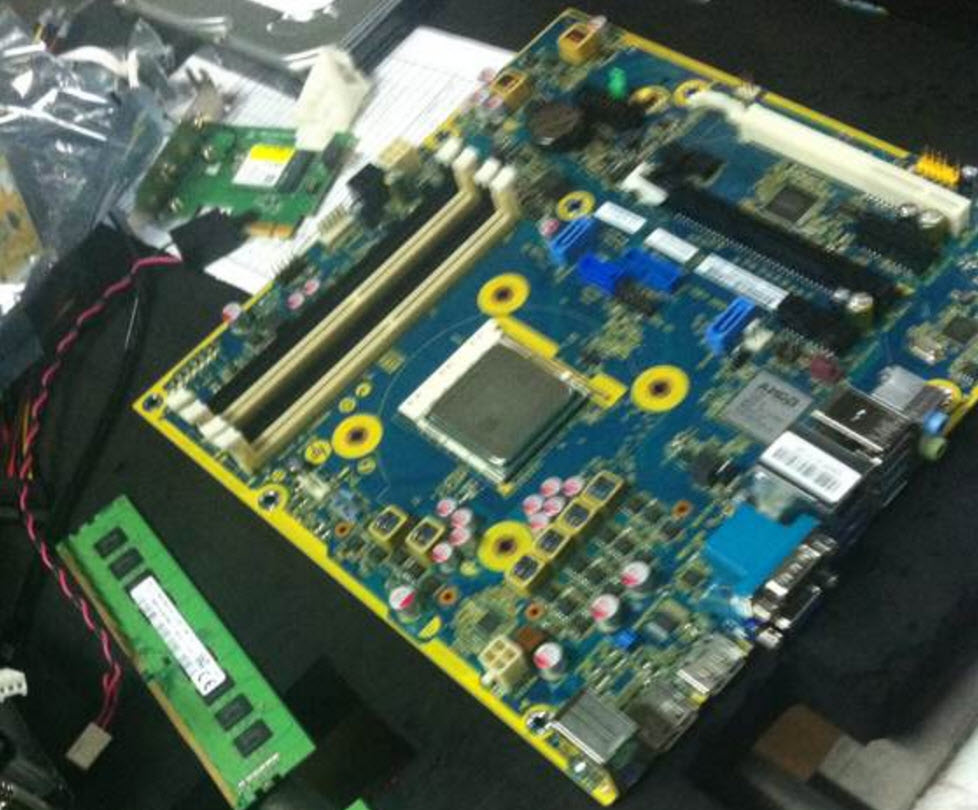 An AMD AM4 motherboard which will power the OEM based PCs has been pictured, supporting AMD's next gen Bristol Ridge and Summit Ridge processors. The AMD AM4 platform will be part of their next line of CPUs that will be aimed at the desktop market. The Bristol Ridge family of APUs will be the first to hit AM4 boards followed by the enthusiast grade Summit Ridge processors which will be power by the Zen architecture that brings up to 40% IPC improvement.

The first AMD AM4 motherboard featuring the Bristol Ridge flagship has been spotted in the wild.

The AMD AM4 motherboard shown off was to be featured in an HP Desktop PC. We do not have the exact specs of this PC but we can tell that it's built to offer full compatibility with Bristol Ridge processors which launch soon in the consumer market. The motherboard seems to be a custom OEM design board that has been built to offer just the basic I/O features and ports in OEM PCs. We are looking at the new AM4 socket which features a design similar to current AM3+ socket.

The AM4 socket uses the same pin layout as previous AMD design along with the lever that is used to push the CPU in and out of the socket. The motherboard carrier a 6 Phase PWM design which should be enough for this product. Socket is provided power through a single 4-Pin connector while  the motherboard is powered by a 8+ 8 Pin connector configuration. There's no 24-Pin ATX connector which could be due to the custom HP design we mentioned a while ago. 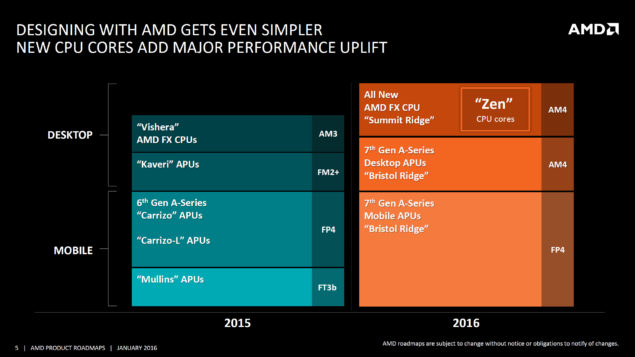 AMD is expected to launch both Bristol Ridge and Summit Ridge CPU lineups in 2016.

The motherboard has two SATA III 6 GB/s ports and two USB 3.0 internal headers. Expansion slots include two PCI-e 3.0 x16 and two PCI-e 3.0 x1 slots. The motherboard provides four DDR4 DIMM slots next to the socket which is the first time a consumer grade desktop platform from AMD is offering support for the next-gen DRAM standard. I/O includes a range of connectors such as PS/2, HDMI, Display Port, VGA, DVI, Gigabit Ethernet, USB 3.0 / 2.0 and a 2-Channel Audio jack. We can't spot any PCH on this motherboard which indicates that Bristol Ridge will have that on the chip die itself. 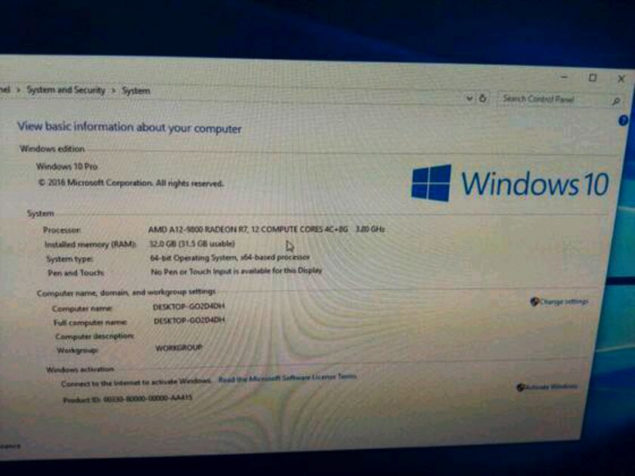 Talking about Bristol Ridge, while the mobility platform has already been introduced, it's time to talk about the desktop parts. The flagship A12-9800 processor comes with a core clock of 3.80 GHz. The chip features a quad core design along with 8 GCN 3.0 compute units, offering 512 stream processors. The processor is expected to feature a TDP around 65W (Configurable down to 45W). We can note in the following pictures that OEMs are readying desktop PCs with Bristol Ridge processors but the absence of AM4 boards from Computex may have indicated that Bristol Ridge could be an OEM only platform while Summit Ridge will bring AM4 to the masses.

The AM4 socket will not be compatible with older coolers hence many cooling solution manufacturers displayed new mounting kits that will allow compatibility of their coolers with the upcoming AM4 socket. Noctua showed off their AMD AM4 upgrade kit that will allow support for Brsitol Ridge and Summit Ridge processors without having to upgrade your existing Noctua cooler.