AMD, a bit of the usual has demonstrated its latest A-Series A10-5700K APU running inside a totally fanless system. Yesterday, AMD launched its second generation A-Series APUs and priced them at such an affordable rate that everyone seems to get their hands on one.

The demonstration was showcased in Japan at a launch conference where the company showed a totally fanless system making use of the Streacom FC5 OD fanless chassis which included an A10-5700K APU equipped on the ASUS F2A85M-Pro motherboard.

The case as a whole acts as a cooling system with its aluminum exterior absorbing heat and a small CPU heatisnk with a few heatpipes with a rated cooling capacity of 120W. The system would most likely ship as an OEM unit, The A10-5700K APU itself costs $122, running at 4 GHz on Turbo and supporting an HD7660D iGPU. AMD showcased a good demonstration of the capabilities of its APU that it's not only affordable and performs well but can also produce less heat and become a perfect companion for HTPC builds. 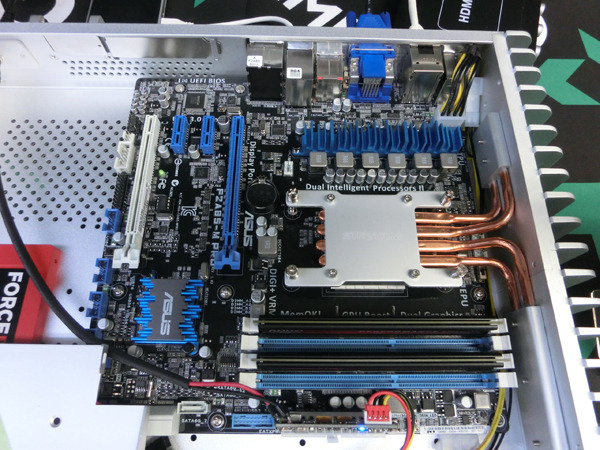