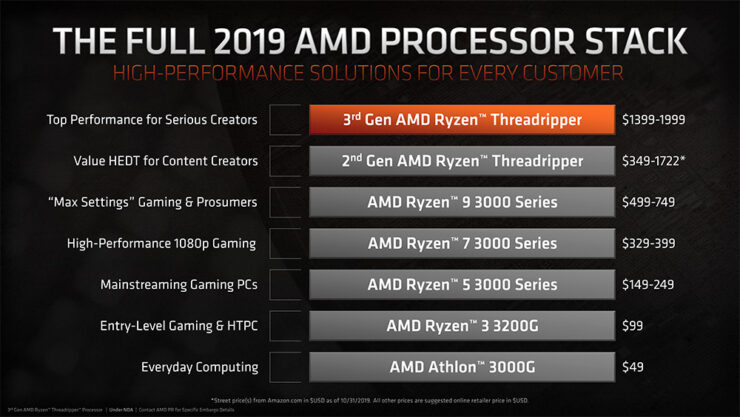 The 2nd half of 2019 saw the launch of AMD's first 7nm consumer-aimed mainstream and high-end desktop processors, the 3rd Gen Ryzen and Ryzen Threadripper. So far, there have been a total of six Ryzen processors which have officially been launched & available to consumers while two Ryzen Threadripper processors recently made their entry into the HEDT market. Following is the entirety of AMD's 3rd Gen lineup for 2019 (lineup excludes Ryzen 5 3400G and Ryzen 3 3200G): 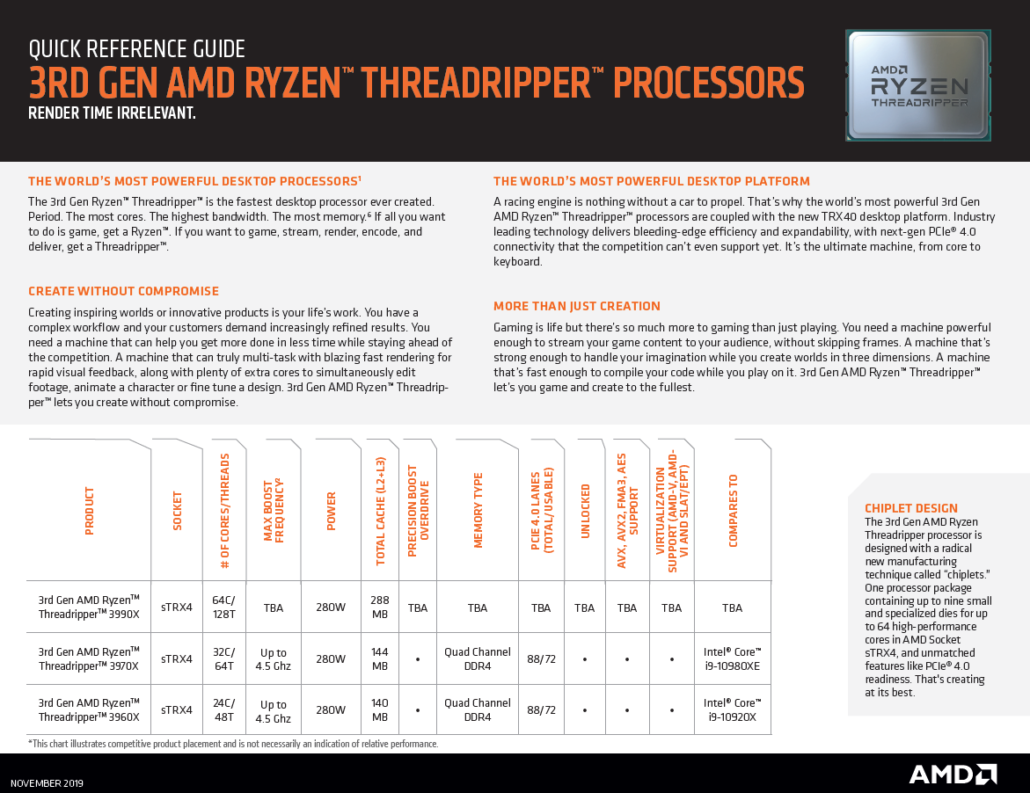 In their reference guide, AMD has compared their processors to that of Intel's 9th and 10th Gen Core lineup. By AMD themselves, the Ryzen Threadripper 3970X compares to a Core i9-10980XE. This is flagship to flagship comparison and even in performance per dollar, the 3970X is the clear winner in the top HEDT segment. Following the Ryzen Threadripper 3970X is the 3960X which is being compared to the Core i9-10920X. The 3960X offers far better performance per dollar when compared to Intel's 12 core part which retails at $700 US. Despite having twice the cost, the Ryzen Threadripper part offers more value than Intel's price-adjusted 10th Gen X-series processors.

AMD also listed the Ryzen Threadripper 3990X flagship 2020 chip in their reference guide. Since the chip hasn't launched yet, AMD can't suggest what it would compare to but knowing Intel, they will certainly not have anything close to even 64 cores and 128 threads in 2020 so the 'Compares To' guide for the 3990X would have to remain TBA for the foreseeable future. 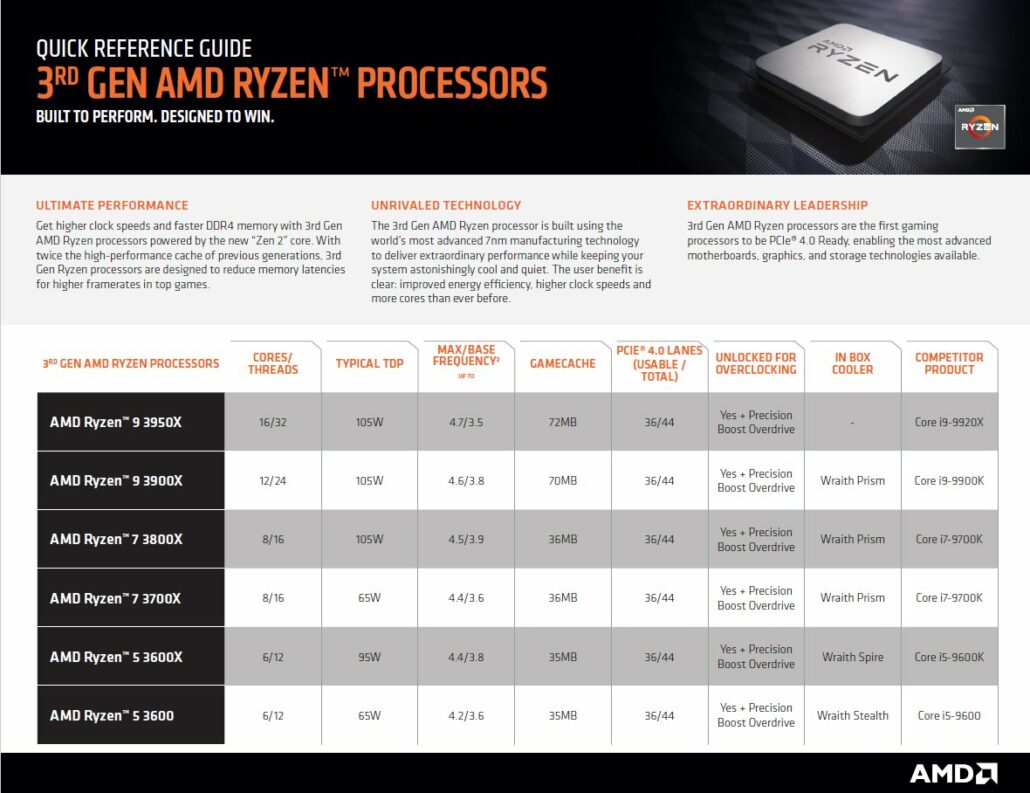 The mainstream lineup is more interesting. Starting off with the Ryzen 9 3950X whose competitor is the Core i9-9920X or the Core i9-10920X. The Intel CPUs offer 12 cores at $700 US while AMD is offering 16 cores for $50 US more and featuring higher 4.7 GHz boost speeds. The AMD Ryzen 9 3950X is even super competitive against the Core i9-10980XE which is Intel's flagship HEDT CPU as seen in our review here.

Finally, we have the AMD Ryzen 5 3600 parts with 6 cores and 12 threads which simply crush the Core i5-9600 series processors which don't even feature multi-threading. There's also the Ryzen 5 3400G and Ryzen 3 3200G processors which are priced at around $100 US and offer good graphics performance for users on a budget but they are still based on the 12nm Zen+ architecture with an upgrade coming next year in the form of Ryzen 4000 series APUs.

If that's not enough, AMD also recently introduced their $49 US Athlon 3000G which makes for a perfect low-end budget PC build. Overall, you can see why AMD has been performing so well in DIY markets across the globe with their 3rd Gen Ryzen CPUs cannibalizing both, Intel's mainstream and HEDT processor share.