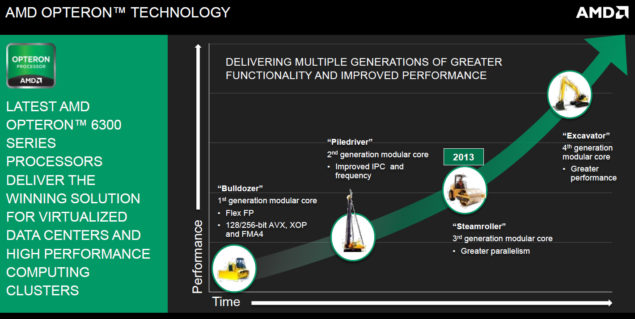 In a presentation slide for investors, AMD revealed their latest AMD Opteron roadmap which confirms the launch of their Steamroller core architecture in 2013. Previously, it was expected that the Steamroller core would not be arriving to the Opteron server scape since AMD had plans to launch an enhanced version of the Piledriver core "Abu Dhabi" for server usage.

As for the slide itself, in 2013 AMD would present their 28nm Steamroller core architecture which is also their third generation modular core that brings greater parallelism and improved functionality for server class processors, consumer CPUs and also AMD APUs. In AMD's 2013 Client roadmap, it was revealed that AMD would launch their Kaveri APUs with the new steamroller core architecture and Radeon HD 8000 (GCN based iGPs). It isn't mentioned in the current slides that if AMD would officially announce their next generation of Opteron 6300/4300 server processors this year but it could rather be a presentation of the upcoming processors that would later on be launched in 2014.

The follow-on to “Richland” will be the 28nm APU codenamed “Kaveri” with revolutionary heterogeneous system architecture (HSA) features which is expected to begin shipping to customers in the second half of 2013. AM
D 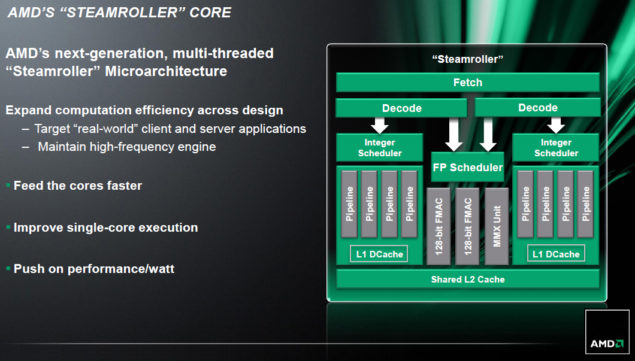