Amazon has been talking about the concept of delivering goods to your home through other means for quite some time now, and the e-commerce giant is finally able to make this possible as it show cases its latest string of images and videos. Can you guess what Amazon’s latest service is going to be called? 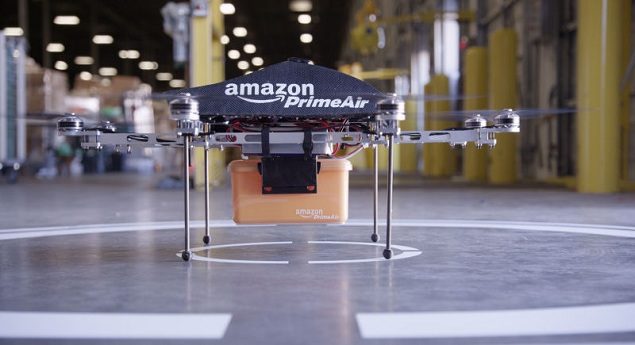 Details on the company’s website states that Prime Air is Amazon’s future delivery system. It has been designed to facilitate the shipment of goods right to your very doorstep. According to Amazon, these drones, or unmanned aerial machines will be able to deliver goods to your home in 30 minutes or less. However, in order to enjoy the service, you are going to have to wait slightly longer for these machines to be officially deployed out into the open.

Amazon has taken the liberty of answering a few questions that concerned consumers are most likely going to be asking in the distant future. First off, how is this service actually going to work? The answer to that is Amazon Prime Air will be able to deliver packages that possess a mass of five pounds. In short, if you are looking to order a multitude of items, then it looks like you will have to order through conventional means because while these aerial machines fly under 400 feet and weight slightly less than 55 pounds, they are probably not that robust enough to deliver heavy packages over long distances. 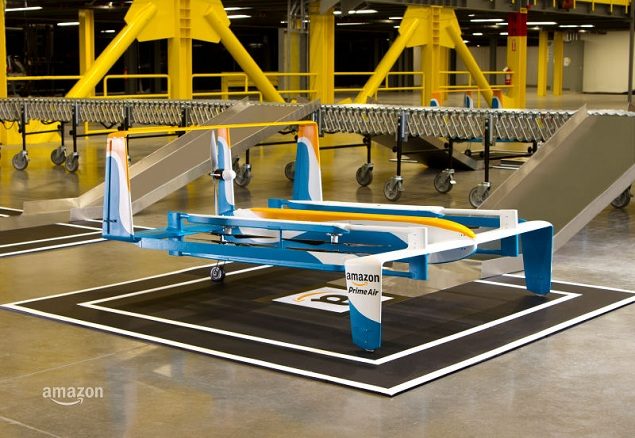 Prime Air vehicles will also take advantage of sophisticated ‘sense and avoid’ technology, along with high degree of automation, in order to safely operate beyond the line of sight to distances of 10 miles or more. Obviously, another concern for future consumers is going to be security, With Amazon stating that these vehicles will be built with several redundancies; they will be triggered when the individual’s safety is at risk.

Last, but certainly not least, is Amazon Prime Air going to be a different delivery option as compared to the traditional means of delivering items to your doorstep? It is, but unfortunately, the tech giant has not specified if you are going to have to pay a premium price for small weighted items to reach your home in record time, or if it will cost the same as Amazon Prime. Whatever the case maybe, we are thoroughly excited to seeing Amazon deploying its very first aerial machine to deliver the very first package to that lucky first customer. Are you guys excited? Let us know your thoughts.