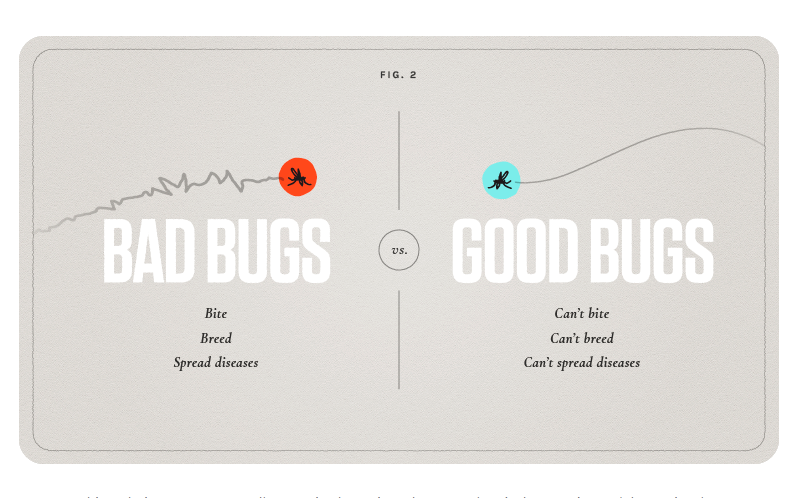 As sci-fi as it sounds, Verily's plan is the need of the hour as Zika-carrying mosquitos are widespread in Fresno. Earlier this year, a woman in Fresno tested positive for Zika, through sexual contact with a partner who had been travelling. It was the first confirmed case of Zika in the area, and now there's a lingering threat of disease spread if any mosquito comes in contact with the patient. Verily's Debug Project is the only plausible method to get rid of the potential threat by combating Zika-carrying mosquitos.

Controlling the mosquito population is not likely to have any disastrous outcomes as this specific species infiltrated the area in 2013.

How will it work?

Here's what Verily is planning to do - Verily’s male mosquitos that are infected with the Wolbachia bacteria (that is harmless to humans) will infect female mosquitos and make their eggs incapable of producing offspring. And Fresno residents need not worry about the 20-million male mosquitos because male mosquitos don't bite!

Verily is working with Fresno's local authorities and expects to see good results over time:

Verily has not revealed how much Debug Project is going to cost, but Linus Upson, the Debug Project member, revealed that Verily has planned to do something similar in Australia after Fresno. “We want to show this can work in different kinds of environments,” Upson told the MIT Technology Review.

In Fresno, Verily has planned to release around 1-million mosquitos every week, divided into a 20-week period. This way, the company will release a total of 20 million mosquitos carrying Wolbachia bacteria. Residents in Fancher Creek neighbourhood in Fresno may spot a Verily van releasing swarms of mosquitos around its streets, starting today.