After word about the Android Lollipop update on Google Play Editions of the HTC One M7 and the One M8, there's more news for you today in HTC territory. The company is widely expected to launch a new flaghship device next year, and Chinese site MyDrivers claims to have some new information related to its specifications and features. 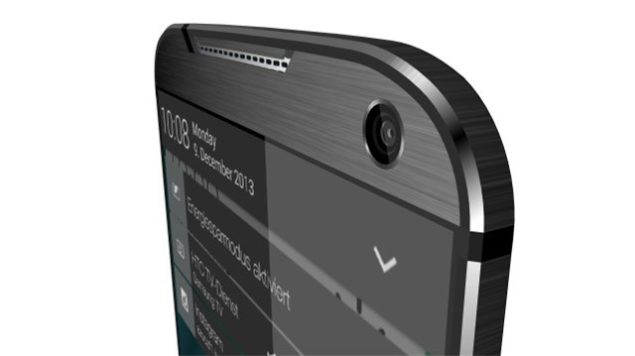 MyDrivers lists some top specifications for HTC's next device. The device is expected to be powered with Qualcomm's latest Snapdragon 805, with a top frequency of 2.7 GHz. How that leaves things with Android Lollipop, which is 64 bit in nature still remains to be seen.

The HTC One M9 will also be coming with a 5.5 inch screen with a resolution of 2560 x 1440. All of this will be supplemented with a 1 GB increase in RAM from its predecessor as the HTC One M9 is being said to come with 3 GB of RAM on board.

Camera specifications for the device are equally as impressive, with the camera resolution for the HTC One M9 allegedly being 16 MP. The camera will also be coming with Optical Image Stabilization on board. The Taiwanese manufacturer is also being said to have partnered with Bose for multimedia on its device, which means some great sounding audio to come out of the M9.

All of this will be powered by a 3500 mAh battery on board, which should be sufficient to generate a satisfactory battery life and battery performance. The device will also be launched with Android Lollipop on board, but expect the software's 64 bit nature to come at odds with the Snapdragon 805. Word has also surfaced about the HTC One M9 prime, but details remain sketchy on the device so far. We'll keep you updated as this develops.