An alleged photo of NVIDIA's upcoming kepler GK104 based GeForce GTX 670 has hit the web, this is also the first photo of the card which is expected to release as early in May 2012 with an announcement due today.

There's not much to see except the cooler shroud which is somewhat different that GTX 680 with a larger blower fan, PCB is colored blue which suggests the card listed by the retailer was from a different manufacturer. The site confirms 1344 Cores on the card as we mentioned a few hours ago though we could see another skimmed down version in the upcoming days.

No other specifications were listed, The clock frequencies as you can see are same as GTX 680 which is unlikely, Clock frequencies are slower though memory runs around the same 6GHz effective speed. Also one thing to note is that the card looks very similar to the "Its Coming" teaser which NVIDIA released a few days ago, I don't know if its just me but ill leave you guys to judge.

Look closely at the shroud design at the exhaust panel and compare it to the teaser: 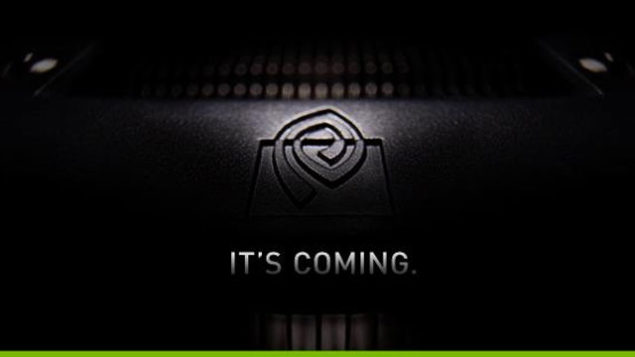