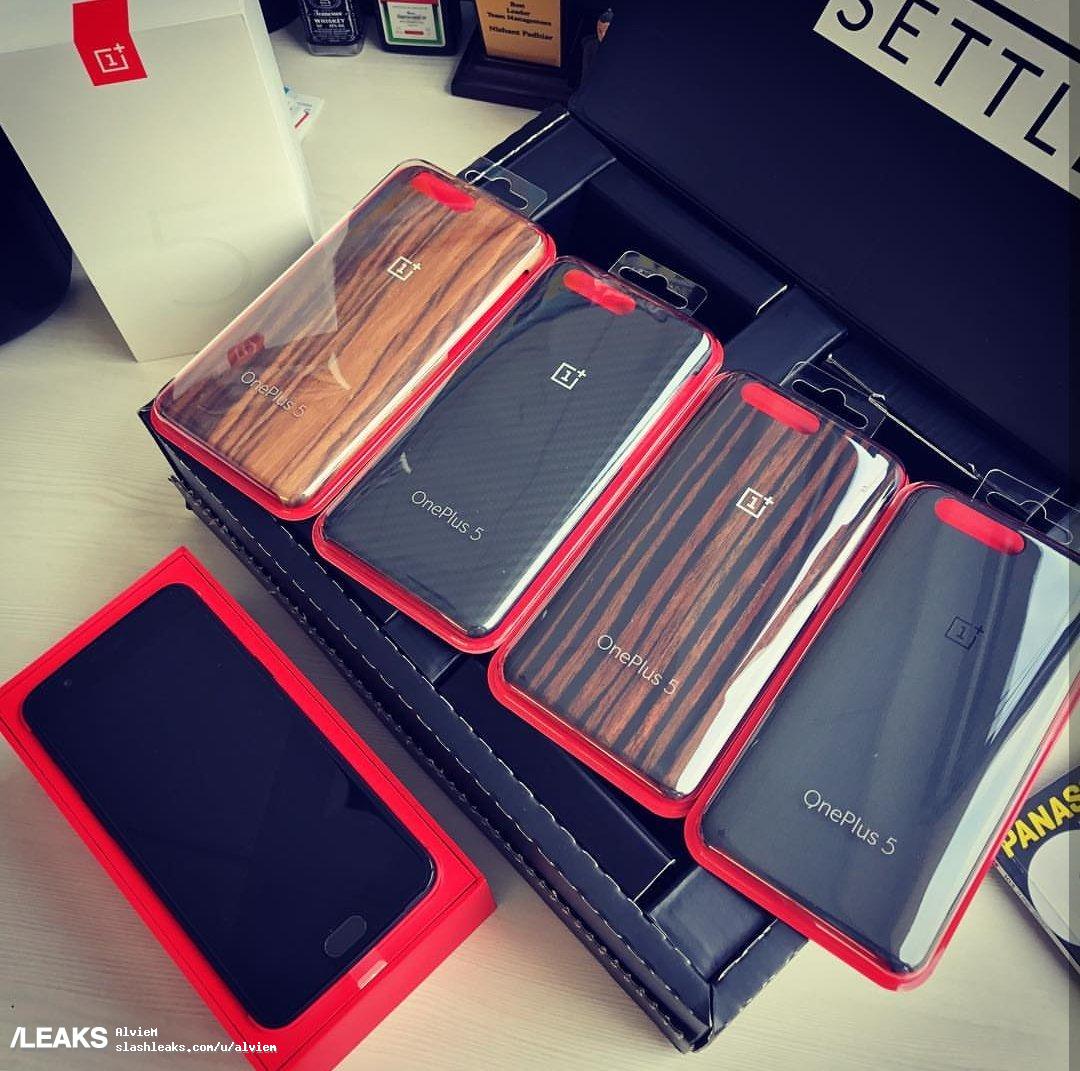 Looks like the OnePlus 5 is eager to leave no detail un-leaked prior to its launch. The smartphone will be unveiled in less than three hours and we've got a lot of details for you today. Already, countless leaks in the form of images, renders and specifications for the device have surfaced. Now, as an added tone of finality, you can add several more to the package. Take a look below to find out more.

Just like the Galaxy S8 before it, the OnePlus 5 has leaked in all its glory. We've got a good idea of what to expect later today. The smartphone will feature flagship level specifications and features. It will be powered by the Snapdragon 835, and feature in two different storage variants. These will be 64 and 128GB and will feature 6GB and 8GB RAM respectively.

At the camera end, it's expected that the smartphone will feature a 13MP dual rear camera setup. We've seen some official camera samples too, which suggest acceptable low-light performance. The design for the OnePlus 5 will not be very impressive. Even though the Chinese manufacturer likes to tout its smartphones as 'flagship killers', in terms of design there won't be any deaths.

Taking a look at the images above, we definitely get a 'OnePlus 3T' ish feel from the OnePlus 5 here. The smartphone is rumored to feature a special Deep Black color option for the 128GB storage, 8GB RAM variants. That's what's in the last image. In addition, the first image shows a lot of skins for the smartphone, which lend a diverse look to the device. Personally, I believe that they add a lot of flavor to the otherwise dull looking smartphone. But of course, all final verdicts are reserved until we get a chance to try the smartphone out for ourselves.

The dual camera setup is pretty much confirmed at this point as well. It's a feature which OnePlus will have to add if it wants the smartphone to truly compete in the marketplace. Flagship killer or not, any device that wants to compete in top-end Android these days needs a dual camera setup. Such are the market dynamics after all, where companies dictate consumer preference rather than the other way around. Thoughts? Let us know what you think in the comments section below and stay tuned. We'll keep you updated on the latest.