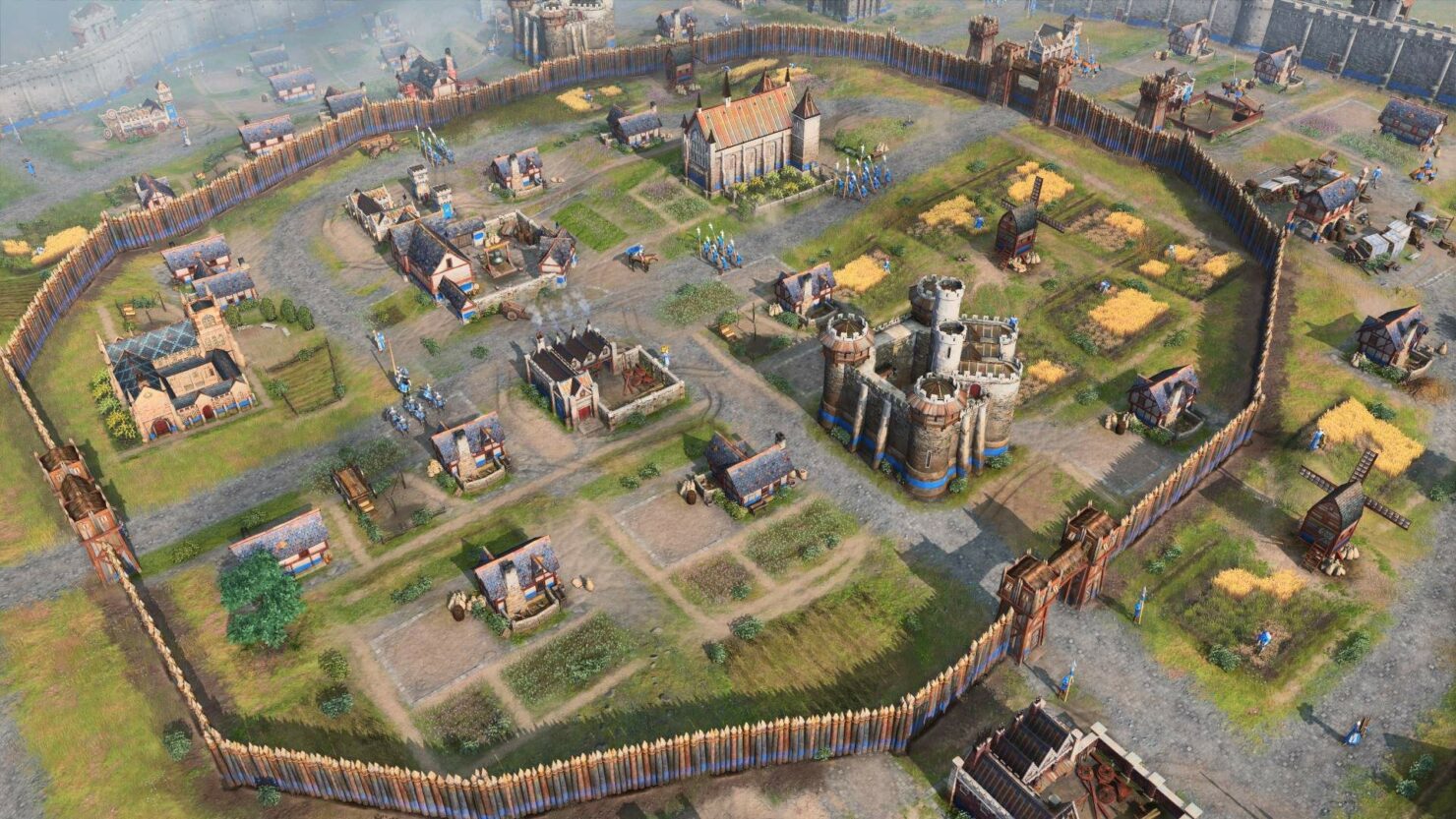 The teams at World's Edge and Relic Entertainment have announced that Age of Empire IV will have a new mode that will allow players on older and lower-powered gaming rigs to experience Age of Empires IV. Thus enabling an optimized game experience for low-spec PC gamers. This mode is called Min-Spec Mode.

Min-Spec Mode is triggered via a combination of in-game settings, which are made with help from an auto-detection system when the game is first launched. This mode was made for Age of Empires fans in regions like Latin America or South East Asia. While the aforementioned regions have very passionate and thriving AoE communities, they also tend to have lower spec'd machines for a variety of reasons.

Michael Mann, Executive Producer at World’s Edge, said the following about the introduction of Min-Spec Mode:

When looking to bring this new game to the franchise, we knew we needed to support a diverse set of PC configurations. Even looking forward to the next few years, we expect 50% or more of our player base will be playing on machines that use the low spec renderer.

Naturally, there are some trade-offs for playing the game in Min-Spec Mode. As with most PC games, Age of Empires IV has a Recommended Spec that the development teams at Relic and World’s Edge suggest as the ideal way for everyone to experience the game. Examples of what you can expect while playing the game using a machine with these specs include high unit counts, high-resolution models, lots of detailed explosions, and 8 player battles.

What are the specifications exactly? You can look at them below: 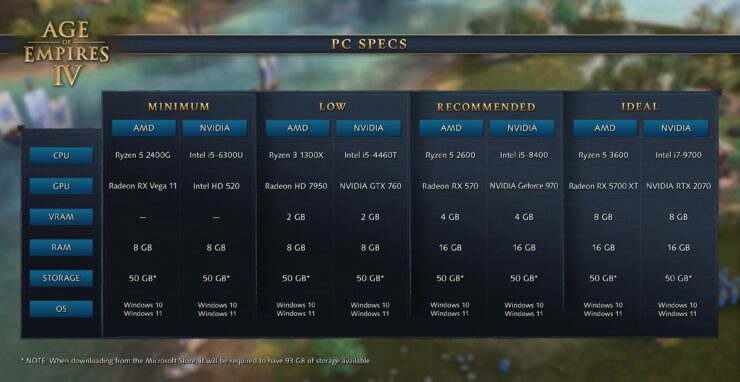 Since this is a mode designed for laptops and desktops running integrated GPUs, the quality of the game's visuals will be reduced. In other words, players using Min-Spec Mode should expect to play the game with lower resolution textures, less destruction, simpler lighting, less visual flourish, and 4 player battles.

However, because of the lack of visual flair, this might be appealing even to players with more powerful rigs. “It’s worth noting that some of our competitive testers preferred the low spec renderer because it's visually clearer and you get a better framerate,” said Joel Pritchett, Technical Director at World's Edge. “So, you may want to try out different settings when you play for the first time.”

Age of Empires IV will be available on PC (Steam/Microsoft Store) on October 28. You can read our review of the game here.