Additional Support for Morse Code Soon to Be Added for Gboard

Google I/O 2018 was a host to a lot of technologies aimed at making our lives better, and we're beginning to see some of the promised features roll out over the past few weeks. One of the more forgotten bits about I/O 2018 was the one where Google collaborated with a developer to bring Morse code functionality in Gboard. The segment went on to explain how she was able to communicate with people using a modified version of Gboard that allowed her to type out full sentences in Morse code. Today, Google aims to bring that technology to more users, as announced by their blog post:

To get users started, they've even released a  game (on Android, iOS, and desktop) that can help users learn in less than an hour. Morse code for Gboard includes settings that allow users to customize the keyboard to their needs. It works in tandem with Android Accessibility features like Switch Access and Point Scan. Switch Access lets you interact with your Android device using one or more switches instead of the touch screen. Switch Access can be helpful for people with dexterity impairments that prevent them from interacting directly with the Android device. It works with external switches that are available in the market, USB keyboards and even the hardware buttons found on the device. 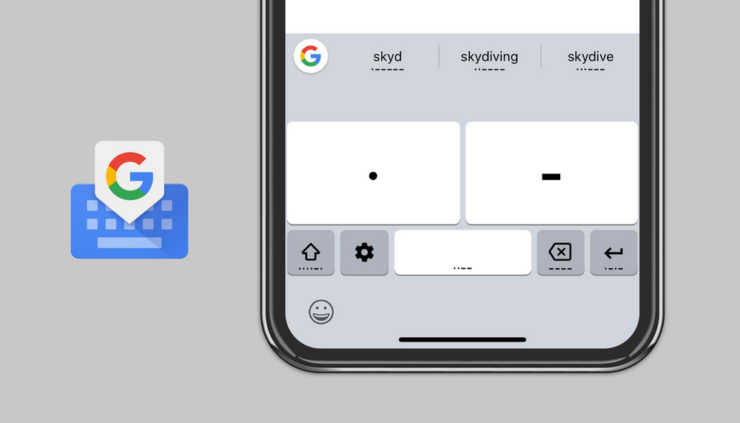 A smartphone experience for people with disabilities is a lot different than that of able bodied people. Integrating Morse code into Gboard might not matter to most of us, but will go a long way in greatly enhancing how people with limited mobility interact with their device. Earlier this year, Google even began supporting hearing aids on the Pixels, something that was previously only restricted to iPhones.