Add A Visualizer To The Stock Music App In iOS 8.4 With Prism

Feeling bored with the album art of your songs? If you want to add a visualizer over your music then Prism is the tweak for you. Prism is a new jailbreak tweak that adds a visualizer to the iOS 8.4 Music app and it is also developed to function with Apple Music as well. Prism jailbreak tweak gives a new feel to the stock Music app in iOS 8.4 and takes your mind off the old boring album art for each song. 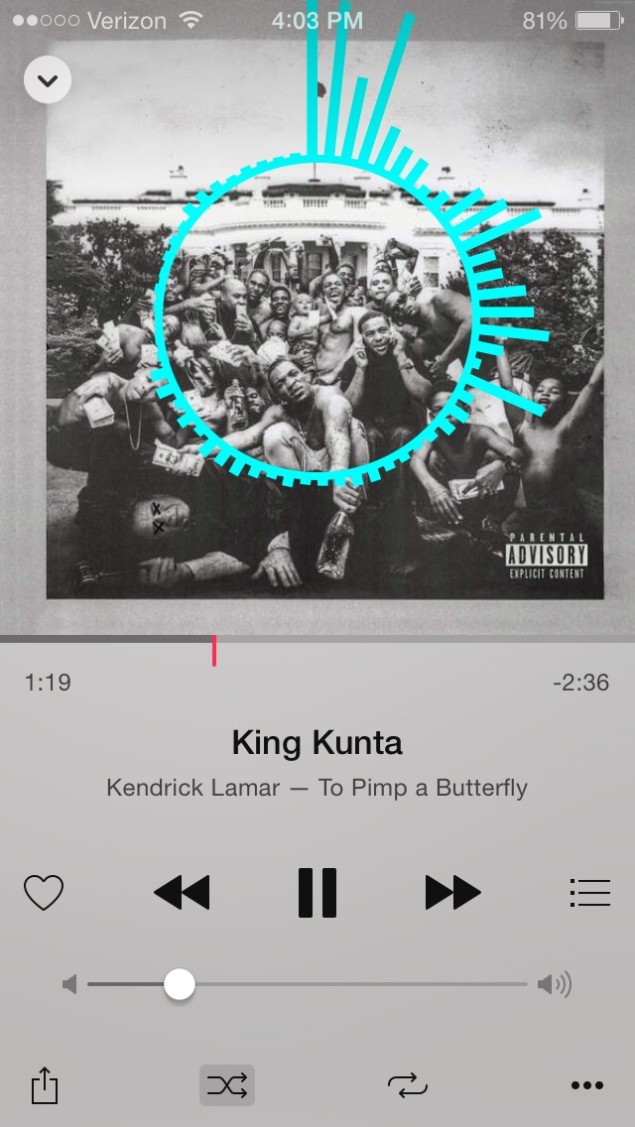 Prism also brings functionality to alter the visualizer theme and color which we will be telling you guys later on. Prism's controls and commands are somewhat simpler and easy to use. When you have successfully installed the tweak, you will be devised to configure it from the stock Settings app. Any changes you made will be implemented immediately. However, disabling or enabling the tweak is functioned with the force closing of the Music app.

Let's see some more features that Prism offers for its visualizer in the Music app.

There are two themes part of the Prism tweak that changes the look and feel of the visualizer, namely Spectrum and Beats. The Spectrum theme for the visualizer is designed in the form of linear or radial bars that propel according to the music being played. Likewise, the Beats theme is designed in a circular flow that pulsates with the song as shown in the screenshot above. Both of these themes are new and reflects a musical flow in iOS 8.4 Music app. 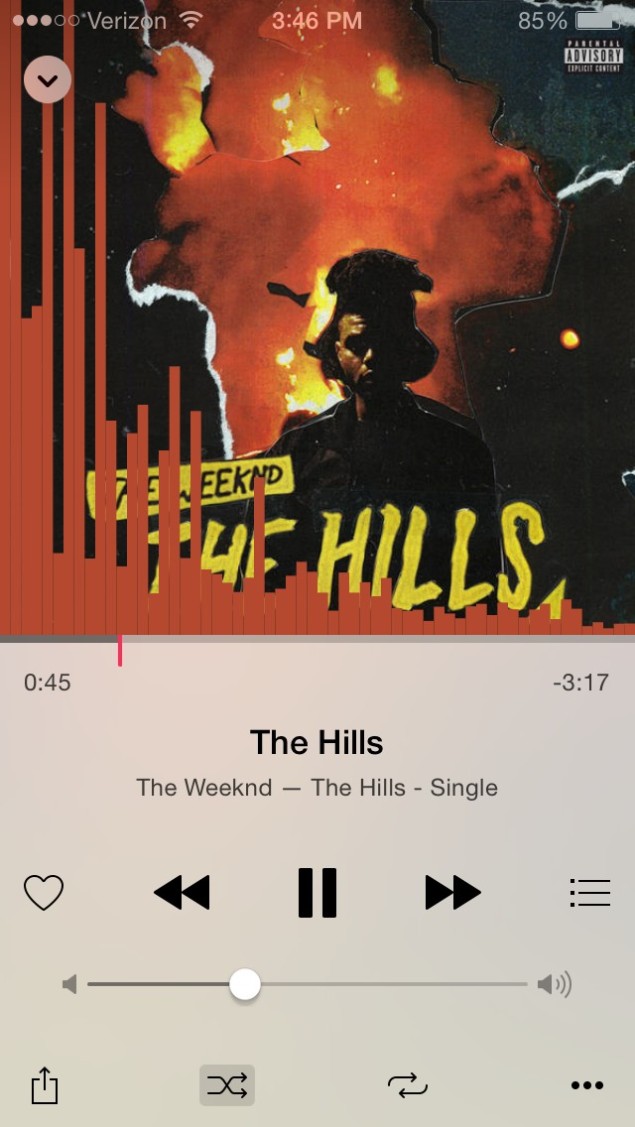 In the preferences of the tweak, you will find options to change design and custom colors for the visualizer. Settings for the visualizer to adopt its own colors from the album art is also available, which is a pretty neat feature to have. The Prism jailbreak tweak also allows importing more colors from another jailbreak tweak - Colorflow. The option is available if you want to opt for more colors. 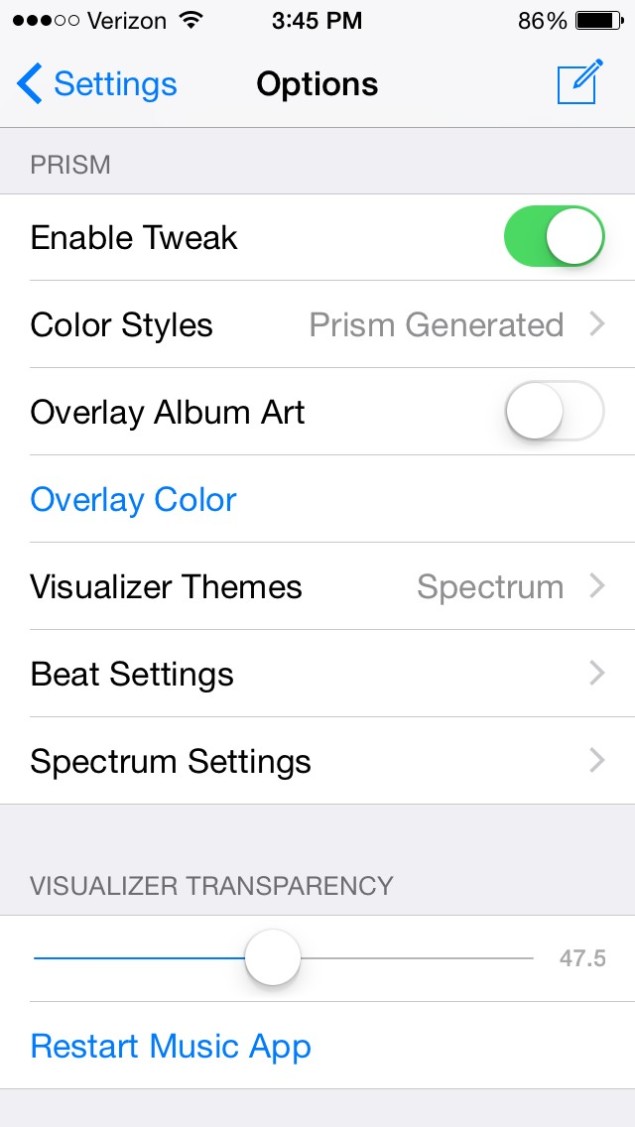 Each visualizer has its own set of customized settings, such as color options. However, the Spectrum theme has more customization features than the Beats theme. Moreover, there is also another option for transparency that allows you to set how much should the visualizer be visible over the album art. Setting transparency is easy with the provided slider control.

Once all of your desired settings are put in place, navigate to your Music app and tap and hold the album art to activate the visualizer. You will see a new visualizer over the album art just the way you have set it in the tweak's preferences. However, the developer says that the visualizer would not be in effect on Apple's Beats 1 radio station.

iOS has always had room for customization and Prism is one such app that brings novelty to the stock iOS 8.4 Music app. Prism is only available for iOS 8.4 and can be downloaded from Cydia's BigBoss repo for $1.50. Prism is something new for the music lovers and hence it's worth a try.

If you have Prism installed already, let us know how you guys liked it.